Rock music has various sub-genres such as pop punk, electronic rock, rap rock, blues rock, folk rock, country rock, southern rock, and more. Therefore it’s not surprising that artists from different styles and backgrounds generally compete with one another to get more attention and fans. Many people found it very normal, considering the music industry’s atmosphere full of ambition.

The music journalists and reporters never missed these chances and asked many musicians to express their thoughts about the other ones’ recently released works. On these occasions, most of them choose to praise the lyrics or sounds by highlighting their admiration, while some artists criticize its quality or purpose. Foo Fighters icon Taylor Hawkins confessed something about the Avril Lavigne hit, which can be considered in the second category.

What Did Taylor Hawkins Think About Avril Lavigne’s ‘Sk8er Boi’? 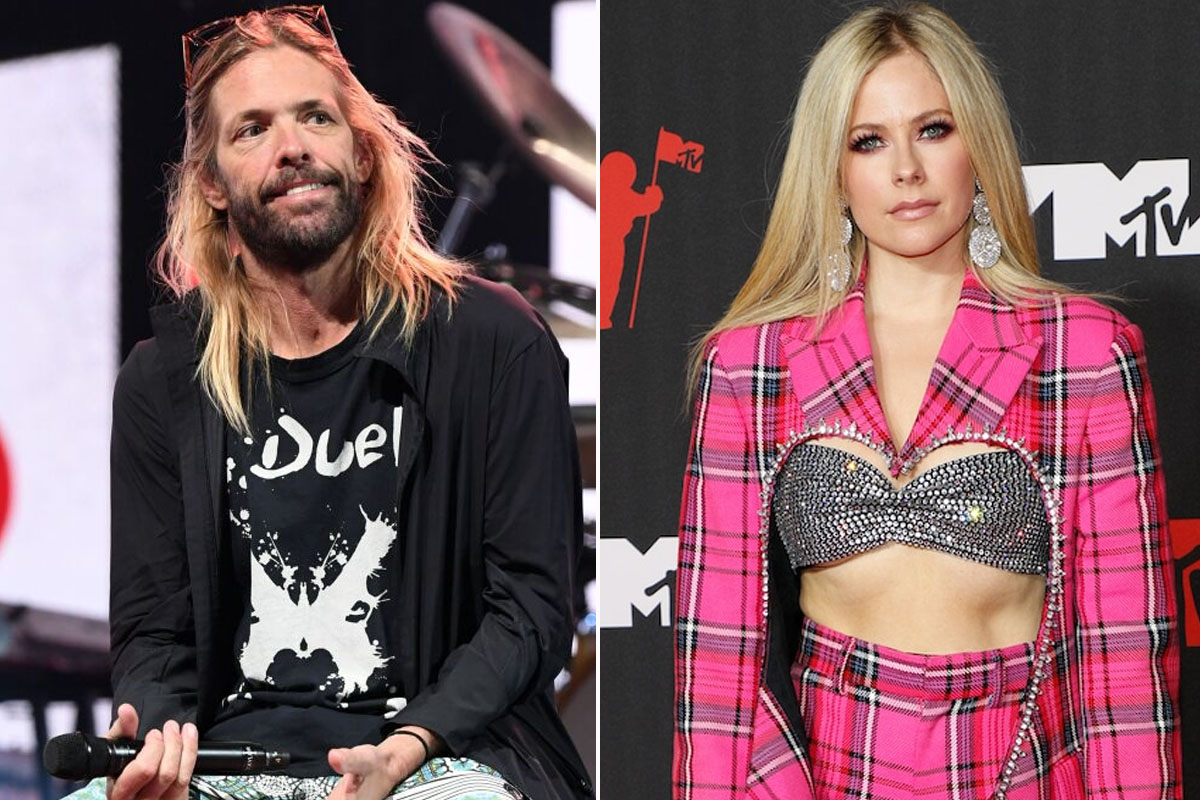 Avril Lavigne dropped her debut album, ‘Let Go’ on June 4, 2002. Although she disagreed with her record company about the sounds she worked on, Lavigne collaborated with a production team, the Matrix, that understood her vision. Her alternative rock and post-grunge-oriented sounds were trendy, and in time, Lavigne became one of the youngest and most famous female artists.

In addition, the records’ songs such as ‘Complicated,’ ‘I’m with You,’ ‘Tomorrow,’ and ‘Sk8er Boi’ will always be her fans’ favorite works that they still listen to after all those years. Along with the fans, Lavigne received positive reviews from her colleagues who were more experienced than her at that time, but there were ones that couldn’t put these songs in their top 10 lists.

In a 2002 interview with Spin, Foo Fighters drummer Taylor Hawkins and his bandmate and frontman Dave Grohl talked about the popular songs of that time. The Canadian singer’s track was one of them, and the late musician admitted that he ‘hated high school lyrics’ although it got critical acclaim. He thought it was created and released to gain more money from teenage kids by record company authorities.

As it can be understood from his comments about Lavigne’s ‘Sk8er Boi,’ Hawkins cannot stand the idea of working on a song just for the money and fame, not for the art itself. Grohl reminded the drummer that she’s Canadian, and Hawkins added that she could be a part of the punk image with tattoos and piercings. Consequently, the two rock icons seemed like they didn’t enjoy Avril Lavigne’s hit song and style.

In Hawkins’ words, he said:

“I’m sorry, I hate high school lyrics like this. It grosses me to picture some 50-year-old A&R dude in a limo with her, like, ‘This is going to be huge, baby. The kids are going to love this.’ It’s like God! Go right for the Mallrats!”

“No, she’s got a dolphin tattoo on her butt.”