One of the greatest guitar virtuosos, Yngwie Malmsteen, is known for his neoclassical playing style in heavy metal. When he was just a young boy, Malmsteen was heavily influenced by classical music, especially by Niccolò Paganini and Johann Sebastian Bach. Later, he discovered Ritchie Blackmore, who also found his inspiration in classical music. Malmsteen used these influences throughout his music career while creating his guitar sound.

Although Malmsteen cites the classical violin as his primary influence, he also drew inspiration from Blackmore’s playing. So, Ritchie Blackmore is a prominent guitar influence over Yngwie Malmsteen. In 2018, Blackmore joined Guitar World for an interview and revealed whether he feels responsible as the godfather of Malmsteen’s neoclassical playing style. In his response, he also argued that there is one thing he can criticize about Malmsteen.

What Did Ritchie Blackmore Say About Yngwie Malmsteen’s Style? 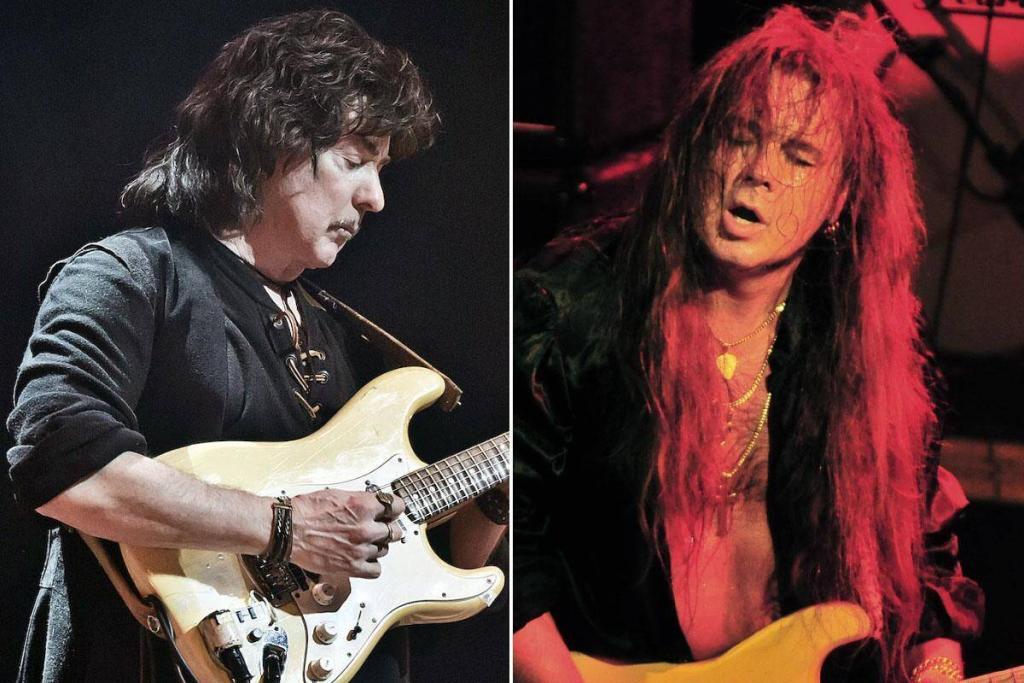 In the 2018 interview, Guitar World asked Ritchie Blackmore whether it’s safe to say that he is the godfather of Malmsteen’s neoclassical guitar playing style, as he was a massive influence over him. As a response, Blackmore said he knows Malmsteen, and he is an excellent guitar player. He then commented on Malmsteen’s guitar playing.

Blackmore stated that many questioned Malmsteen’s angle, but he knows how to play his guitar well. Blackmore said his only criticism about Malmsteen is that he is too tall, an issue the guitarist cannot solve. The guitarist then continued praising Malmsteen, saying he knows his scales and is the best at what he does.

In the interview, Guitar World asked Ritchie Blackmore the following:

“So with the scalloped fingerboard and some of your stylistic influences, can we make a case for your being the godfather of the Yngwie Malmsteen neoclassical thing? Do you feel a kinship, or responsibility, there?”

As a response, Blackmore said:

“I know him, and he’s a very nice guy. Excellent guitar player. Many people have questioned his angle, but he obviously knows his stuff. He might be a bit too tall, but that’s my only criticism. I did meet his mother in Sweden, a very nice woman who reminded me of my mother back in England.

So Yngwie and I get on fine. He’s like a family member. I definitely think he’s probably the best at what he does and, for what it’s worth, the fastest. And he doesn’t play the typical blues, minor kinds of interpretations. He knows his scales. It’s more interesting.”

So, it’s clear that Yngwie Malmsteen and Ritchie Blackmore share a mutual appreciation and admiration for each other. Moreover, Blackmore hardly finds anything to criticize Malmsteen since his only criticism of the guitarist is his height.