Malcolm and Angus Young played with their brother George and Harry Vanda’s band named Marcus Hook Roll Band before AC/DC was founded in 1973. They decided to form the band, which would become one of the most legendary rock bands globally, even though their parents had little faith in them. The primary reason behind this was that everyone believed the brothers wouldn’t be able to stand each other for a few weeks while working together.

The original lineup consisted of Angus Young as the lead guitarist, Malcolm Young as the rhythm guitarist, Larry Van Kriedt as the bassist, Dave Evans as the vocalist, Colin Burgess as the drummer. AC/DC went through several lineup changes because of personal problems and creative differences between the band members, but the brothers stayed together until Malcolm’s dementia forced him to retire. As a very famous band, there have always been many theories regarding their name, style, and band members’ characters, including their sexual orientation.

Different Interpretations On The Meaning Behind AC/DC’s Name 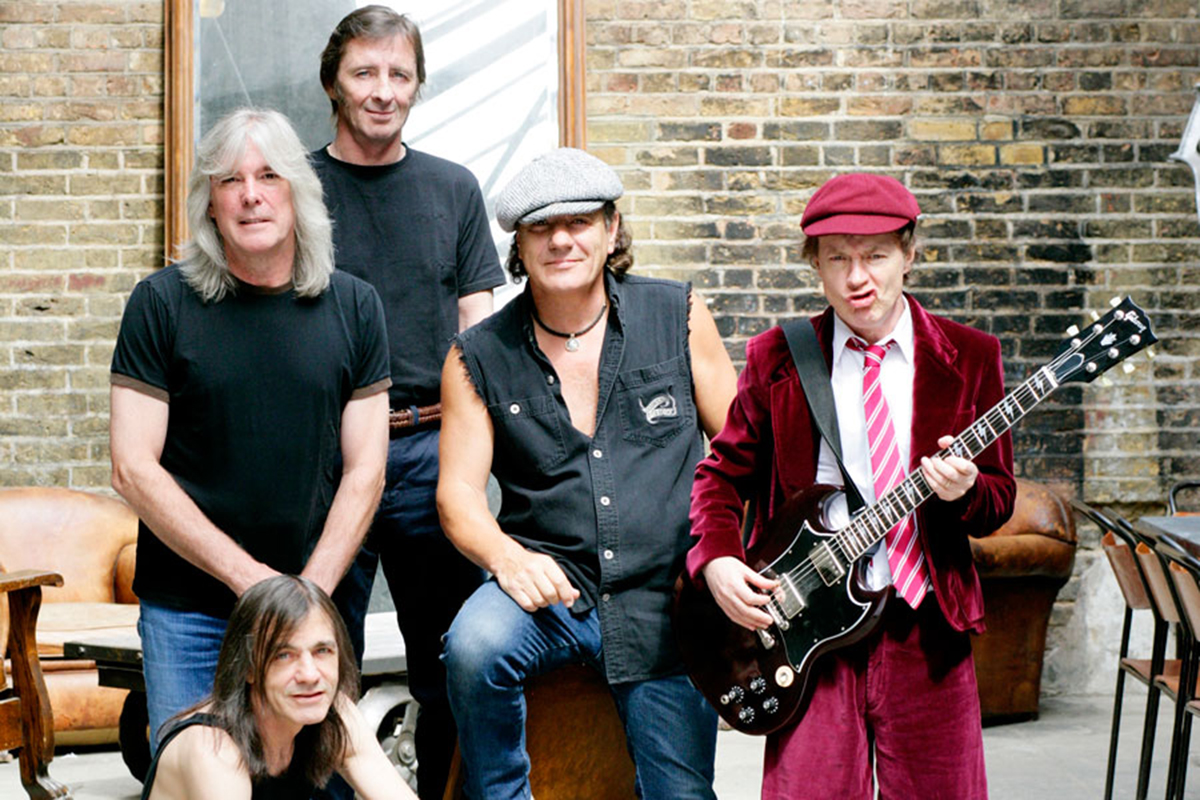 Conspiracy theories and interpretations on the real meaning behind AC/DC’s name have been popular and often used by journalists to attract their readers’ attention. Their fans have also enjoyed discussing the possible alternative definitions of the name AC/DC, even though almost all band members have explained how they came up with the name and why they chose it several times.

As founding members, Angus and Malcolm Young revealed that they were looking for a name for their brand new band, and an abbreviation that they saw on their sister’s sewing machine drew their attention. It was AC/DC, which stands for Alternating Current/Direct Current, and describes a machine’s direction of the flow of electrons. According to them, the name was very suitable as it reflected their music’s power and energy.

However, some conspiracy theorists and fans had other ideas about the name’s origin, and one of them became plausible after a serial killer terrorized Los Angeles for one year. Richard Ramirez, who was known as ‘Night Stalker,’ sexually assaulted eleven people and murdered thirteen, and one of his friends highlighted that he was a huge fan of AC/DC and possibly took ‘Night Prowler’s lyrics very seriously.

Therefore, it was claimed that AC/DC was an abbreviation for Anti-Christ, Devil’s Child, and the band members were Satanists who wanted to find more followers through their music. However, Angus Young immediately denied these claims and again told the sewing machine story. Besides the Satanism reference, Alternating Current/Direct Current was used as a slang term for bisexual people who are open to being with both men and women.

Apparently, neither Angus nor Malcolm Young knew anything about this term because the rhythm guitarist was very shocked after finding out its meaning from a local taxi driver. Malcolm even considered changing the band’s name when the driver stated that he wanted to know why they chose AC/DC if they weren’t gay or bisexual. However, they didn’t change the band’s name, and people continued to come up with their interpretations of the name AC/DC and the so-called secret meanings behind that.

In Malcolm Young’s words, he said:

“That machine had AC/DC on the back of it, and we were tosses around names for weeks, and she just said it one night. A local cab driver said, ‘Hey you know what that means don’t you? You guys aren’t gay.’ I was like, ‘What? You are looking for trouble.’ He said, ‘No, seriously.’ Bisexual with AC/DC… I thought we better change the name.“