A legendary rock band like AC/DC can inspire their fans in different ways. Most of them wanted to be as good musicians as the band members but there was a very strange and probably mentally ill fan who took an iconic AC/DC song named ‘Night Prowler’ too seriously. The song belonged to the band’s sixth studio album entitled ‘Highway to Hell’ which was released on July 27, 1979.

The lyrics of the song reflect a person who was entering people’s house at the night to hurt them. Richard Ramirez was nineteen years old when he first came across with AC/DC’s ‘Night Prowler.’ He was only a young man who was interested in Satanism but then he became the nightmare of Los Angeles. In one year, he sexually assaulted eleven people, murdered thirteen, and seriously injured five people. AC/DC had been through difficult times when an item was found in one of the crime scenes.

What Was The Connection Between ‘Night Prowler’ and ‘Night Stalker’? 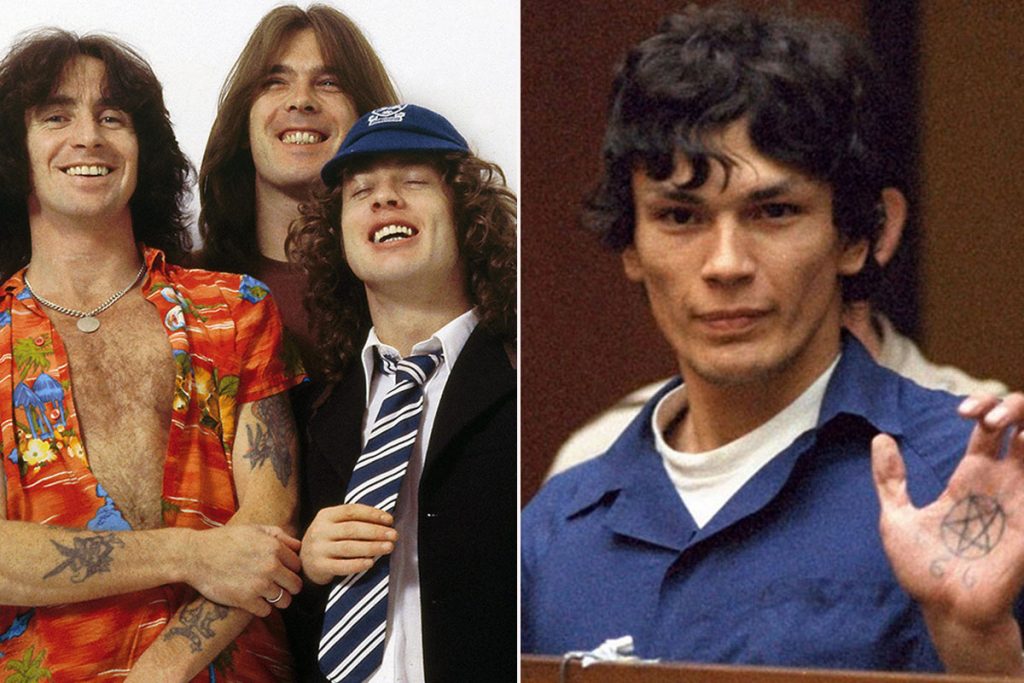 The iconic rock band, AC/DC was called a satanic cult or band many times by the press and the public. In one of their early interviews, the host asked them whether the band’s name stands for Anti-Christ, Devil’s Child, or not. AC/DC lead guitarist Angus Young answered the question saying that there wasn’t any connection between the band’s name and Anti-Christ.

“It came from the back of my sister’s sewing machine.“

Even though they rejected their connection with Satanism every time when the press asked them, some people continued to speculate about the band’s origin. This controversial argument was fired up due to the presence of a serial killer. Richard Ramirez who was also known as ‘Night Stalker’ declared his love of Satan by drawing pentagram and hailing Satan. He also left his AC/DC-themed hat in one of the crime scenes.

“I don’t know why they zeroed in on us. I could never see those connections myself.“

Also, Ramirez’s friend Ray Garcia revealed that Ramirez was a big fan of AC/DC. Therefore, the press started to attack and accuse the legendary rock band of being the inspiration of the serial killer who constantly terrorized Los Angeles for one year. It was claimed that Richard Ramirez was inspired by ‘Night Prowler’ before he became Night Stalker.

“The press assumed an awful lot, and the press put a lot more to the significance of the hat than the homicide investigators.“

The press was so focused on the AC/DC hat that serial homicides became a minor issue. Although the band members always rejected the accusations toward themselves because of their being Satanists, there were some people who still believed that. The band also denied the connection between their song ‘Night Prowler’ and ‘Night Stalker’ and claimed that the song wasn’t meant to inspire serial killers.