Ted Nugent is considered one of the best rockers in the United States. Not because of only how many great records and songs he has released, but also his determined stance in politics. Ted has stressed that he is a Republican who thinks the United States will only be great with a right-wing President.

Since Donald Trump’s candidacy for the President of the United States, Nugent has been very vocal about his support to the politician and the party. Even though the musician loves his country so deeply and gives speeches about protecting the nation, he has been criticized for dodging the draft when the US Army fought in Vietnam.

Is Ted Nugent A Draft Dodger? 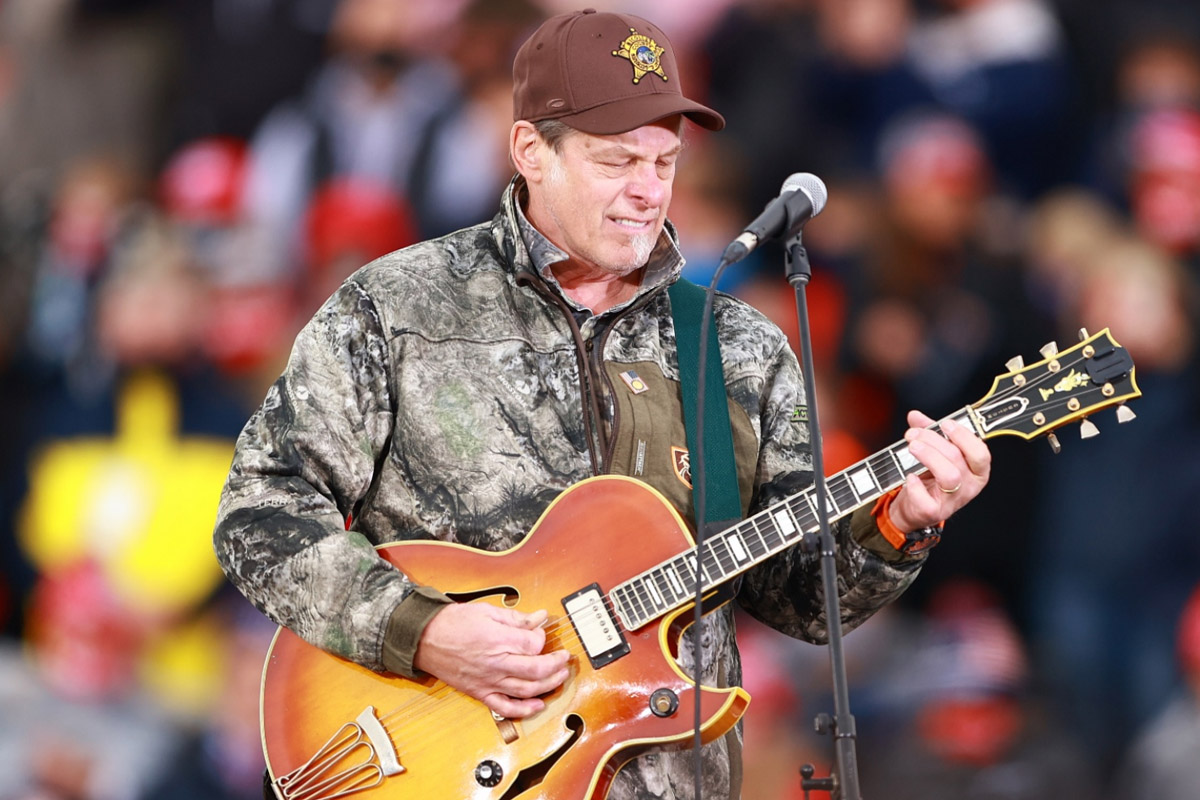 In an interview with High Times magazine back in 1977, the veteran musician talked about deliberately failing a physical exam in 1967 and having ‘not acceptable for military service’ judgment. In the conversation, Ted touched upon the fact that he had a great career back then and earned a lot of money.

Therefore, the musician didn’t want to waste everything by going for military service. As Ted revealed, he got his physical notice 30 days earlier. He started to sabotage his own body by not eating any food, not going to the bathroom, and ‘sh*tting’ himself intentionally. Even though he almost died during this one month, Ted wanted to prove to the doctors that he was unhealthy to avoid the draft, and he managed to get the 4-F.

Ted Nugent detailed his plan in the interview:

“I got my physical notice 30 days prior to. Well, on that day I ceased cleansing my body. No more brushing my teeth, no more washing my hair, no baths, no soap, no water. Thirty days of debris build. I stopped shavin’ and I was 18, had a little scraggly beard, really looked like a hippie.

I had long hair, and it started gettin’ kinky, matted up. Then two weeks before, I stopped eating any food with nutritional value.

I just had chips, Pepsi, beer-stuff I never touched-buttered poop, little jars of Polish sausages, and I’d drink the syrup, I was this side of death, Then a week before, I stopped going to the bathroom. I did it in my pants, poop, piss the whole shot. My pants got crusted up.

So I went in, and those guys in uniform couldn’t believe the smell. They were ridiculin’ me and pushin’ me around and I was cryin’, but all the time I was laughin’ to myself. When they stuck the needle in my arm for the blood test I passed out, and when I came to they were kicking me into the wall.”

“Then they made everybody take off their pants, and I did, and this sergeant says, “Oh my God, put those back on! You f*cking swine you!” Then they had a urine test and I couldn’t piss, But my poop was just like ooze, man, so I poop in the cup and put it on the counter.

I had poop on my hand and my arm. The guy almost puked. I was so proud. I knew I had these chumps beat. The last thing I remember was wakin’ up in the ear test booth, and they were sweepin’ up. So I went home and cleaned up.

They took a putty knife to me. I got the street rats out of my hair, ate some good steaks, beans, potatoes, cottage cheese, milk. A couple of days, and I was ready to kick ass. And in the mail I got this big juicy 4-F. “

Later in the talk, Ted revealed that he is actually a military person that would even become a colonel. However, he wasn’t into the military at that time and wanted to continue his own path.

Ted Nugent Refuses That He Dodged The Military Service Nowadays 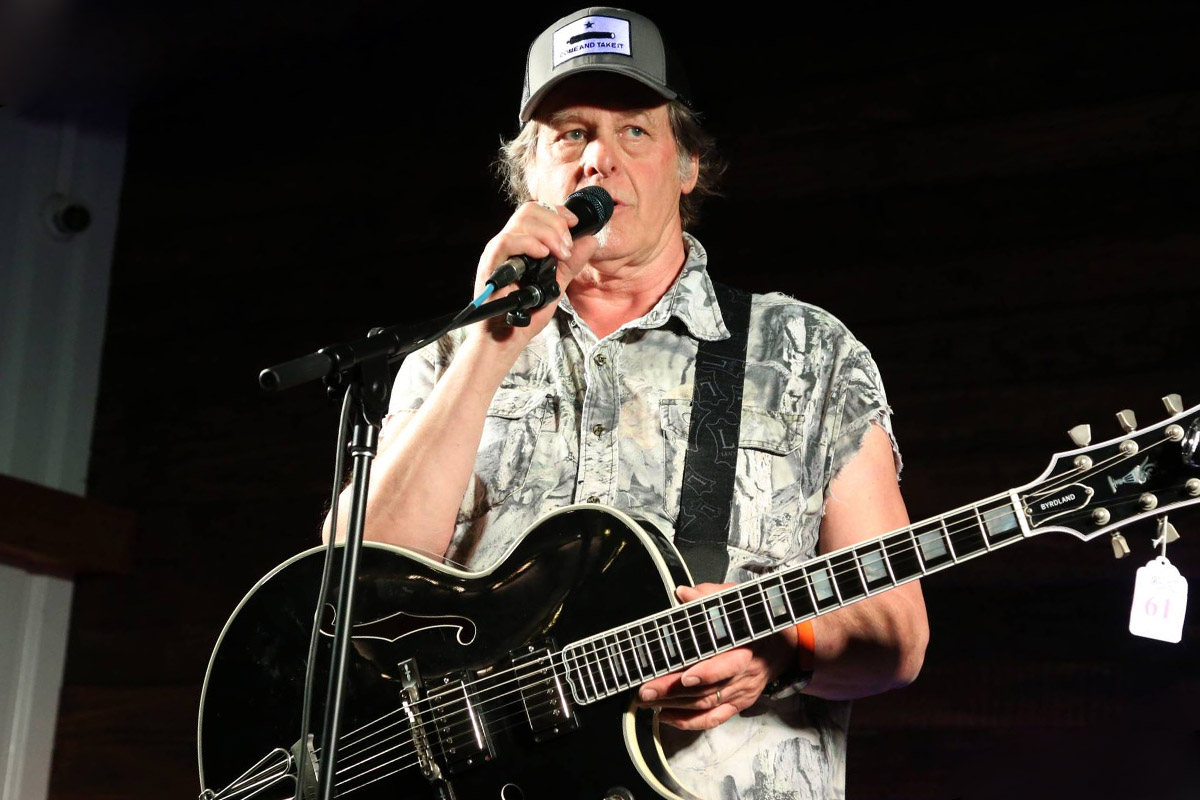 Thirty years after this interview, Ted Nugent was interviewed by the Independent and claimed that he actually never dodged the military service, especially on purpose. While saying that he ‘never shit on his pants’ to avoid the draft, Nugent also pointed out that he got a 1Y, a student deferment, because he had enrolled at Oakland Community College.

Furthermore, Ted also admitted in the interview that he didn’t want to go to Vietnam and die there. He explained that he was young and didn’t understand World War II. Thus, he enrolled in a school to not do his military service.

Ted’s words about the claims:

“I never shit my pants to get out of the draft.  I had a 1Y. I enrolled at Oakland Community College. Back then, I didn’t even understand what World War II was. I did not want to get my ass blown off in Vietnam.”

Most recently, Ted made a statement on his official Facebook account and talked about the rumors about his military service case, claiming that the person who pooped his pants was another band member. In the statement, the veteran rocker pointed out once again that he never pooped his pants and said that he never dodged the military service but didn’t get drafted in the physical checkup.

“Here’s the question, ‘Are you a draft dodger?’ Okay, let’s talk about that. No, I never did anything to dodge the draft, didn’t poop my pants. That was another member of the band, that was so funny. By the way, does anybody get their accurate, meaningful, or believable information from High Times Magazine? Or the Houghton Post? Or Rolling Stone Magazine?

I made it clear in millions of interviews, never dodged the draft. I didn’t get drafted. Thank God it was an illegal war in Vietnam. Everybody knows that.”

However, many people have doubted the accuracy of this statement because he had mentioned that he got a student deferment earlier. Either way, the truth about this story will be only revealed by the last and complete statement of Ted Nugent himself.