How Did Muse Vocalist Matt Bellamy Earn His Insane Wealth? See Matt’s Net Worth In 2021

Matthew Bellamy is a talented and British musician, singer, guitarist, and composer mostly known for being the lead vocalist, guitarist, and lyricist of the rock band Muse. He also plays the bass for the band Jaded Hearts Group, produced their album ‘You’ve Always Been Here,’ and has a known typical stage persona along with his wide tenor vocal range and solo performances.

Bellamy was born in June 1978 and was enthusiastic about music since he was a little kid as he started playing piano when he was 6 years old and guitar when 11 years old. His father was also playing guitar for the band The Tornados, who set an example for him. In 1994, apart from several bands he played in, he formed a band with the name of Rocket Baby Dolls and won the Battle of Bands Contest with their performances. After that, they took making music seriously and changed their name to Muse.

Since then, Muse has been climbing the ladder of success all around the world. The band’s music is a blending of alternative rock, electronica, classical music and several other styles with some experimental touch upon their music. On the other hand, Muse is also known for their typical energetic and eye-pleasing stage performances with having won several awards. 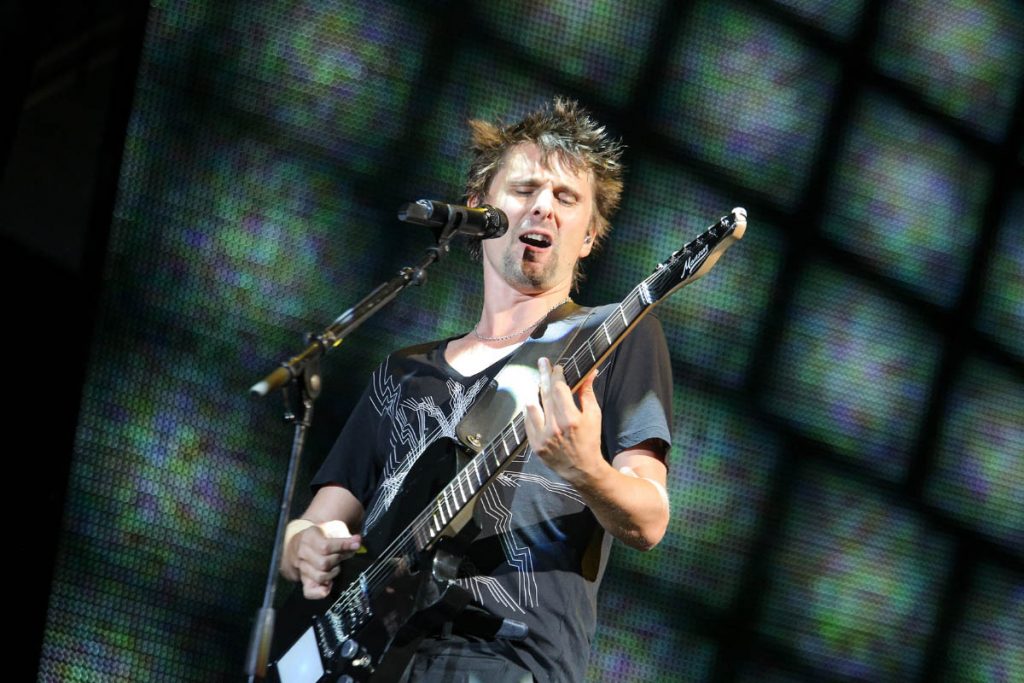 As of 2021, Muse lead vocalist Matt Bellamy’s net worth is estimated at $40 million. It appears he earned this much income with his multifaceted talents, as being an accomplished musician, and his unique musical persona which also brought success for the band Muse.

It is known that with Muse, Bellamy won two Grammy Awards for Best Rock Album for the album ‘The Resistance’ in 2009 and for ‘Drones’ in 2015, along with two Brit Awards for Best British Live Act, five MTV Europe Music Awards, and eight NME Awards. The band Muse also received the Ivor Novello Award for International Achievement in 2012, and known to have sold more than 20 million albums around the world.

In 2010, Bellamy also was named by Total Guitarist as their guitarist of the decade and was credited to be the ‘the Hendrix of his generation.’ He also holds an interesting Guinness World Record for most guitars smashed on a tour.

The band is currently planning to release a remixed version of their ‘Origin of Symmetry’ album coinciding with its 20th anniversary and has shared the remix of ‘Megalomania’ beforehand. Considering all of these triumphant achievements and ongoing musical success, it is no doubt his net worth will increasingly continue to rise.