How Did Don Felder And Glenn Frey Violently Bring The End Of The Eagles?

There are numerous reasons why the Eagles are regarded as one the greatest bands of all time and are one of the world’s best-selling artists, having sold more than 200 million records. Every single record was successful, starting from their 1972 debut album to their very last one, ‘Long Road Out of Eden.’

Although they had numerous chart-topping songs, including the legendary ‘Hotel Calfornia,’ the Eagles had its ups and downs much like every other rock band over the years. However, their personal conflicts were far from innocent, and as a result, they disbanded and stayed apart for 14 years.

Who was the blame, you may naturally ask? The reasons behind this disbandment were two members of the Eagles: lead guitarist Don Felder and late frontman Glenn Frey. Let’s look at the stage moment when the two bandmates decided to verbally attack each other and made their own beds for the band’s breakup.

Don Felder And Glenn Frey Threatened To Kill Each Other 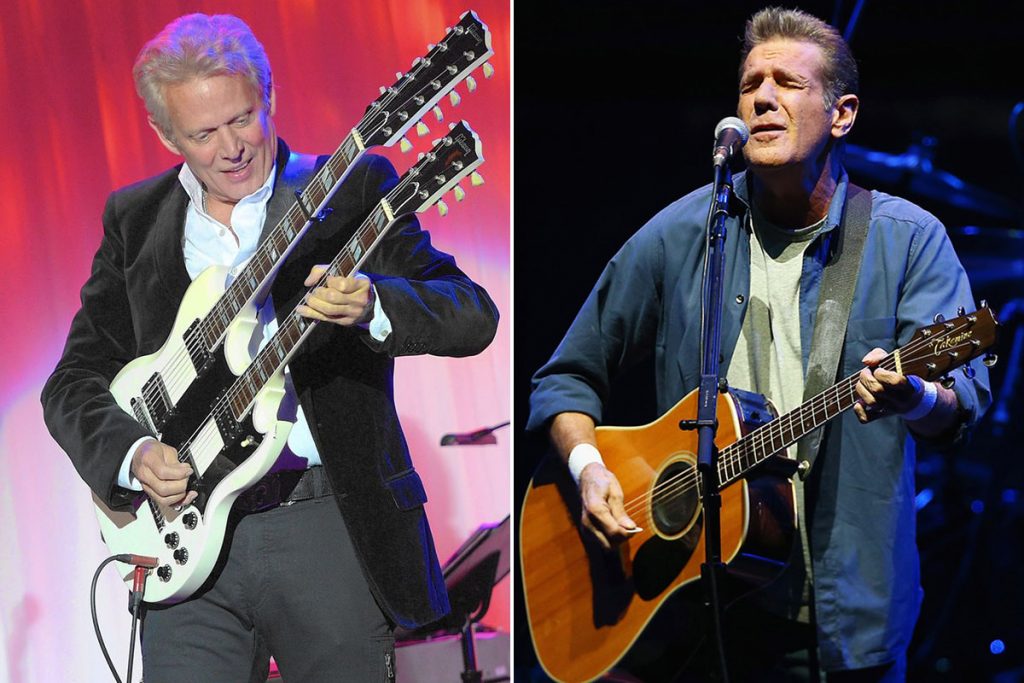 The notorious fight happened when the Eagles decided to perform a benefit concert supporting California Sen. Alan Cranston on July 31, 1980. Already worn down from recording their 1979 album, ‘The Long Run,’ and the years of tension, two members decided to slug it out during a meet-and-greet on stage before the show.

The band members and Alan Cranston met each other before the concert so that the senator could thank the Eagles for doing the show. Whatever the reason was, Don Felder ragged on Cranston, which was triggering and embarrassing if you ask Glenn Frey. That’s why he fired back to his bandmate, and the two started to threaten to beat each other after the show.

According to Frey, Felder said:

Here’s how the singer reacted:

“I felt Don Felder insulted Senator Cranston under his breath, and I confronted him with it. So now we’re onstage, and Felder looks back at me and says, ‘Only three more songs till I kick your ass, pal.’ And I’m saying, ‘Great. I can’t wait.’ We’re out there singing ‘Best of My Love,’ but inside both of us are thinking, ‘As soon as this is over, I’m gonna kill him.‘ That was when I knew I had to get out.”

Unexpectedly, the two musicians acted professionally and performed their songs without ruining the show. However, Don Felder smashed his guitar against the wall backstage after the concert was over and immediately left the venue. Following the unpleasant incident, the Eagles disbanded since it was the final straw.

Don Felder Was Later Fired From The Eagles 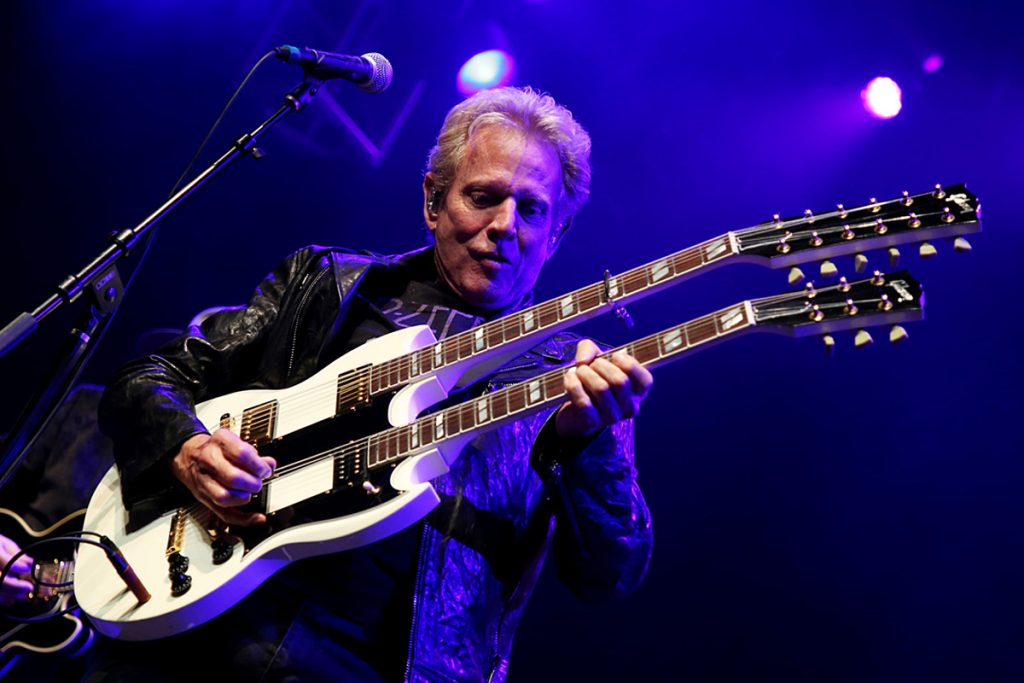 As all band members continued their careers as solo musicians in the following years and stayed apart for more than a decade, all Eagles fans accepted the fact that there was no chance for a reunion. Surprisingly enough, the ‘Hotel California’ originators got back together in December 1993 to appear in the music video for Travis Tritt’s cover for ‘Take It Easy.’

While fans were worried that it wasn’t a sign of a reunion, the Eagles announced a full-scale reunion for the ‘Hell Freezes Over Tour’ only a month later. However, it appeared that all those years didn’t take away Frey and Felder’s anger for each other since the tension between the two was visible even to the other band members.

The band eventually had to choose between the two, and they preferred to continue working with their lead singer, firing their lead guitarist in 2001. As a response, Felder filed two lawsuits against his former band, claiming that his firing was wrongful since it was a breach of implied-in-fact contract and fiduciary duty.

The guitarist also asked $50 million in damages, alleging that Henley and Frey had a higher percentage of the band’s profits after the reunion, whereas the money had previously been split into five equal portions. The Los Angeles County Court consolidated the two complaints and settled the case out of court for an undisclosed amount on May 8, 2007.

Nonetheless, the guitarist hasn’t stopped filing new lawsuits against the Eagles. He has been meeting his former bandmates, Bernie Leadon and Randy Meisner, but he has a connection to other members, only through his lawyers, which is quite sad to see for all the Eagles fans.