No one can deny the fact that the glorious days of rock music have now become a memory of the past. In 2014, KISS’s legendary bassist Gene Simmons had received a lot of criticism from the rock world following his statement saying ‘Rock is finally dead.’ The discussion around this claim grew bigger and bigger every year and when it had come to a point that rock fans were ready to accept the truth, a band called Greta Van Fleet gave them hope. The band’s debut single ‘Highway Tune’ dropped like a bombshell to the rock world and became a glimmer of hope for those who were about to believe that ‘rock is dead.’ However, today we’re going to look into whether Greta Van Fleet has been able to continue this mission with their latest album, ‘The Battle at Garden’s Gate.’

As you know, Led Zeppelin is one of the biggest icons of rock music. Even though the band has released only four albums, for many they are considered to embody the definition of rock. Jimmy Page’s killer riffs and Robert Plant’s amazing voice lit such a fire fifty years ago, that spread throughout the world which enabled marginalized rock music to become mainstream. Today, we can once again see that such an amazing combination is not far from bringing rock music back to its rightful place. 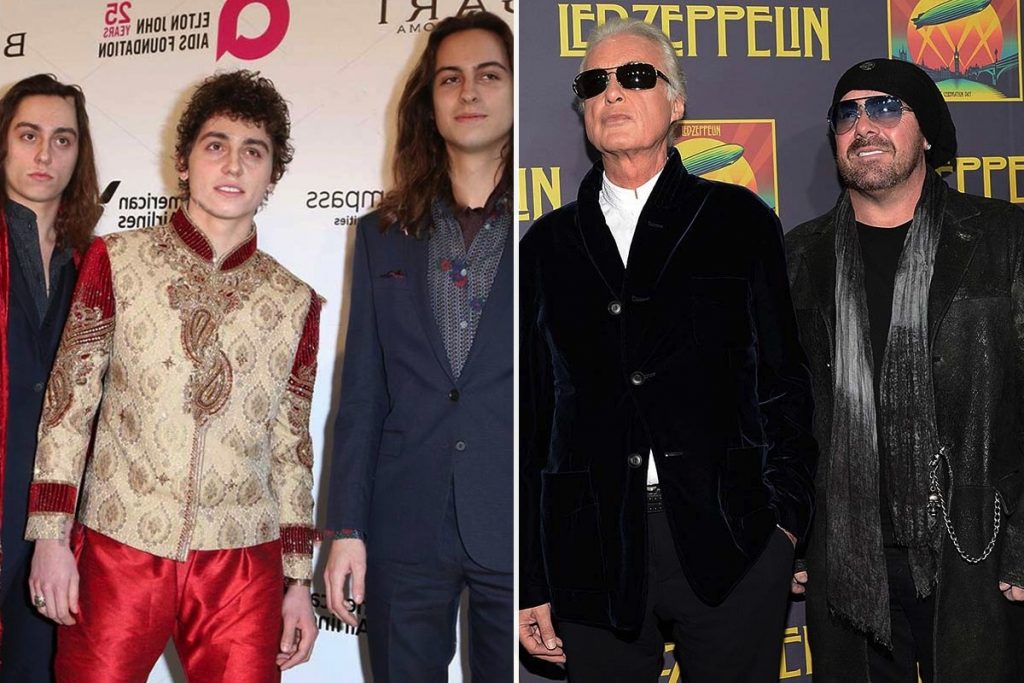 If you’re interested in history, you may know that a series of coincidences can lead to events and situations that have a huge impact. For instance, how is it possible for something like the following to happen when we bear in mind the coincidences that need to succeed each other? A little boy is born with Robert Plant’s voice. Then his brother is born with guitar skills similar to Jimmy Page’s. The musical duo is then joined by their brother who has a talent for bass guitar. Greta Van Fleet is the product of such a series of coincidences.

The reason why the band’s first EP ‘Black Smoke Rising’ was such a big hit was definitely the harmony and balance between the guitar sound and vocals. One of the most popular formulas of rock music, that of ‘adding strong vocals to a striking guitar riff’ was revived with Greta Van Fleet, and the aforementioned EP, which consists of only 4 tracks, was seen as the salvation of rock music by many rock fans. The album named ‘The Battle at Garden’s Gate,’ which we will be analyzing in this article, was released in 2021 and it appears as an album in which the formula used in the first EP was somewhat altered and the musicians went towards a different direction.

It is obvious that the band’s sound style, which is exactly the same as Led Zeppelin, has affected them both positively and negatively. Regardless of how good the quality of the music is, if you adopt the sound of another band, then you’ll surely come across people who’ll appreciate it and others that will criticize it. Led Zeppelin is a cult band and thus, they have an audience that wants their sound to be used exclusively by the band. That may be the reason why although the listener can sense the Led Zeppelin effect at the band’s new album, the vocals have been stressed more than before.

Most of the songs prioritize vocals and the use of guitar seems to have shifted to a supporting role rather than its former co-lead position. Jimmy Page is the person who holds the managing role in Led Zeppelin and in all his compositions it is the guitar sound the leads the way. Thus, Greta Van Fleet may have decided to decrease the impact of the guitar sound so as to differentiate themselves from Led Zeppelin. At least, that’s how I perceived it.

Now, let’s try to answer the critical question of whether Greta Van Fleet has managed to work towards the continuation of the mission of reviving rock music, which they had undertaken back in 2014. The answer is actually short and clear; No. There is no need to make a long analysis as even the numbers are enough to reveal a clear answer to this question. On YouTube, the hit song of the first album, ‘Highway Tune,’ has reached over 70 million views, while the hit track of their last album, ‘Heat Above,’ has reached only 2 million views, and it’s worth noting that Greta Van Fleet performed this song live at the Jimmy Kimmel Show.

If rock music is destined to achieve its old mainstream popularity, Greta Van Fleet will definitely be one of the bands that will play the biggest role in this. The fire they lit 4 years ago fuelled the hope for rock music’s revival, and this hope remains fresh. They may not have succeeded with this album, but they are still the ultimate candidate of pioneering the revival of rock music.

Details Of The Album

Greta Van Fleet is without a doubt the most influential and exciting rock band of the past ten years. However, their latest album failed to deliver the excitement that we were looking for and it didn't match fans' expectations.
2.8