Was The Who Drummer Keith Moon The Biggest Prankster In Rock Music?

There’s no doubt that the Who drummer Keith Moon was an exceptional musician, so unique that his drumming is still praised by music critics and musicians to this day, more than four decades after his tragic passing. Moon was inducted into the Modern Drummer Hall of Fame in 1982 as the second rock drummer ever included. Furthermore, he was voted the second-greatest drummer in history by the readers of Rolling Stone which was another proof that the witty rocker was an extraordinary musician.

On top of being one of the greatest drummers in rock n’ roll history, Keith Moon is also known as one of the best pranksters of all time. While there’s s long list of his endless naughtiness, including smashing his kit on stage, destroying equipment, blowing up toilets with dynamite, we’re here today to prove what an incredible joker Moon was with a couple of his greatest pranks.

Keith Moon Had The Greatest Sense Of Mischief In Rock History 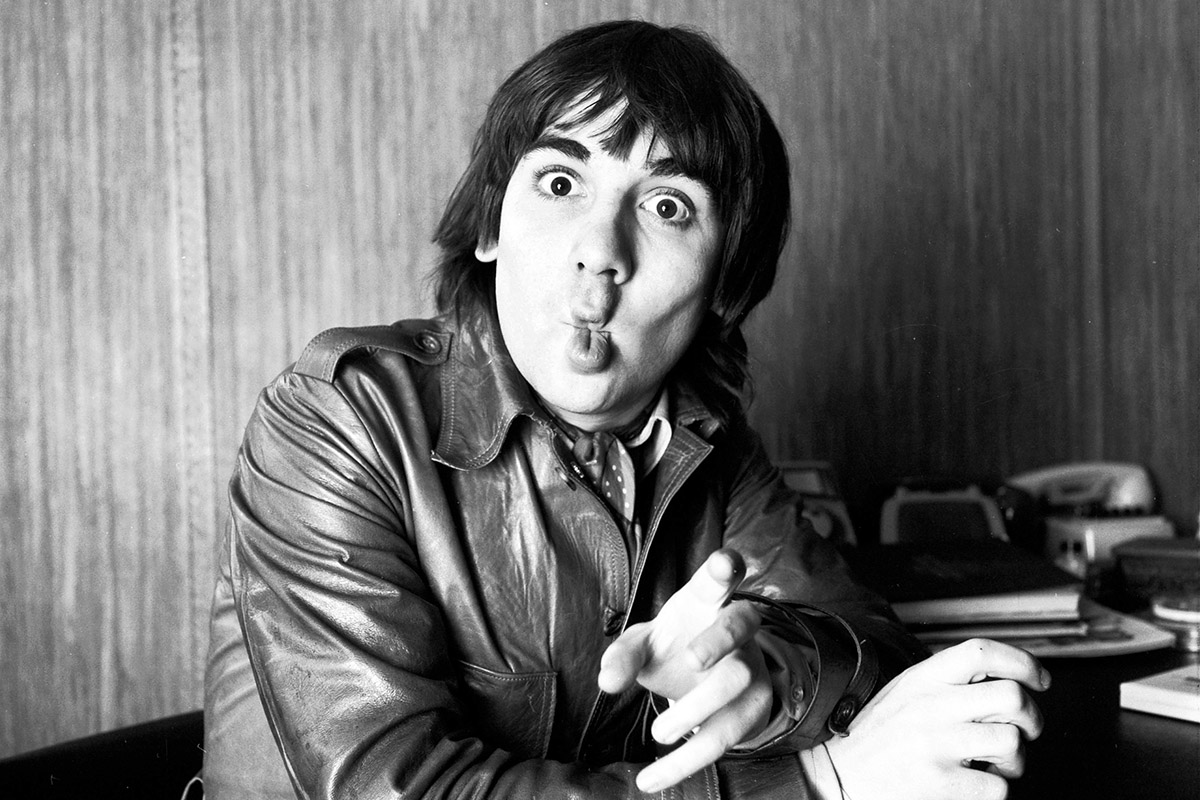 Although numerous rock stars had pulled pranks on other musicians in rock history, Keith Moon wears the crown as the greatest prankster. Unlike other musicians, the Who drummer didn’t just prank his fellow musicians with onstage jokes or simply scared them while touring. He actually pulled off clever pranks that required planning and creativity.

While the rest of his bandmates took some time off to themselves while they weren’t touring or in the studio, Keith Moon found other ways to amuse himself by appearing in public wearing peculiar costumes. The rocker’s favorite disguise was a bald priest, which he used to frighten old ladies by suddenly screaming at them.

There was even one time when Moon was walking down London’s crowded Oxford Street as the famous bald priest in the middle of the day, and two gangsters, who were actually actors, dragged him kicking and screaming into a waiting Rolls-Royce. Keith Moon staged the kidnapping, and the car belonged to the musician. However, the prank was so convincing that a police car immediately stopped the Rolls before the ‘gangsters’ even got away.

In addition to staging his kidnapping, the Who icon had a reputation for destroying hotel rooms. The most famous story occurred on the afternoon of August 25th, 1972, when his band was at a luxurious hotel in Copenhagen, Denmark. The suite had a waterbed, and Moon wanted to test the bed’s limits with guitarist Pete Townshend and prank the hotel staff.

The two bandmates attempted to carry the water-filled mattress into the elevator so that they can send it to the lobby for whatever reason. Unfortunately, the waterbed exploded before they could even take it out of the frame, which caused all the water to unleash into the hotel’s hallway.

Keith Moon turned the disaster to his favor and told the manager that the bed had burst and destroyed all of his expensive stage clothes. The hotel administration did not only apologize to the band but also gave the Who the hotel’s antiques-filled Presidential Suite. As expected, the band completely trashed that room later that night.

From dressing up as Nazi officers in public to prank clothing brands in their shop by trying clothes in the most inappropriate ways, Keith Moon always had a good time pranking people. His extravagant personality gave life to his jokes, and people couldn’t get mad at his over-the-top pranks just because he somehow had his ways of getting out of trouble. These are the reasons why he is regarded as the greatest prankster in the history of rock n’ roll, and he’ll most likely hold the title for a long time.