Freddie Mercury’s former manager and alleged lover Paul Prenter must have been one of the most significant figures in the musician’s life. Although his influence wasn’t very positive, according to many people from Mercury’s inner circle, the man spent a long time with the musician and the band. While the rest of the Queen members didn’t exactly enjoy the manager’s company, he had information about every single member in addition to Mercury due to the amount of time he spent with them.

Also, as Freddie Mercury’s personal assistant and later Queen’s manager, he knew all the details regarding their professional meetings, artistic aspirations, and future plans. As a result, you may think he could have predicted pretty much everything about the band. However, in an old interview, Prenter made such remarks, targeting both Queen and the Rolling Stones’ Mick Jagger, that many would now question his capability to foresee the rock icons’ professional achievements. 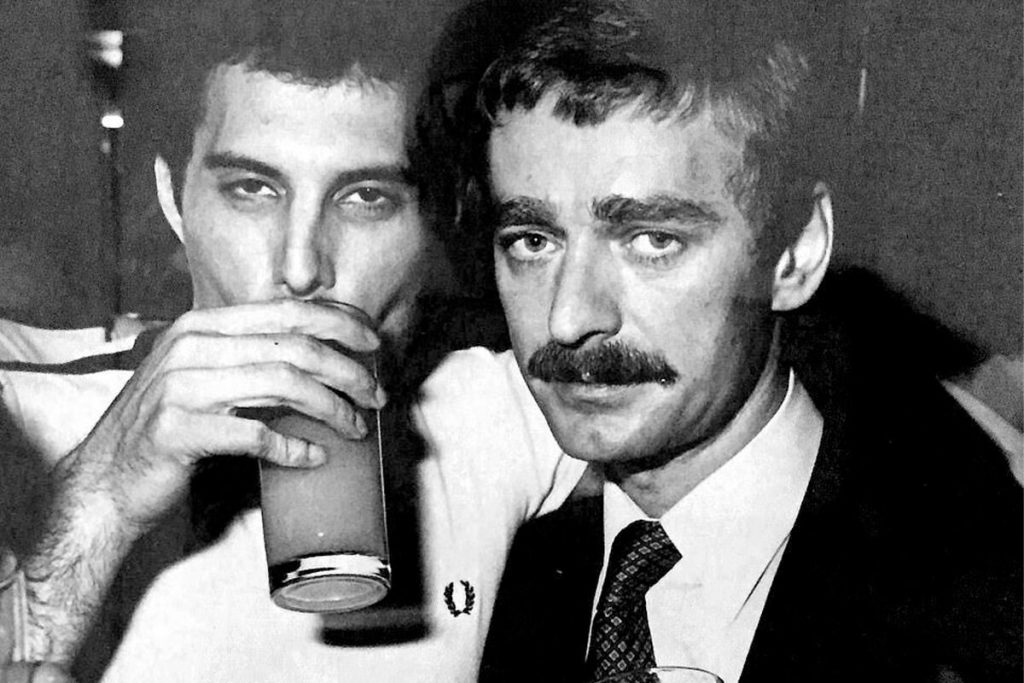 Before meeting Freddie Mercury at a bar in 1975, Paul Prenter was a regular radio DJ. However, their relationship grew relatively fast as he became the musician’s manager in 1977, and the allegations about the two started to arise. While many people thought they had an intimate relationship, Prenter was also accused of blackmailing the singer about their affair. As the Queen biopic entitled ‘Bohemian Rhapsody’ revealed quite fairly, what started as a professional and positive relationship turned into a toxic influence on Mercury in 1982.

According to the other Queen members, Prenter was to blame for the frontman’s over-the-top lifestyle that rose eyebrows at the time. Still, the changes in his life and Queen’s music weren’t the only things the manager was responsible for. The tensions between the two had started to arise, and the breaking point occurred in 1986 when Paul organized a big party in Mercury’s house, and the place got trashed.

Freddie was fuming, and following a heated argument, the frontman fired Prenter, who threatened him, saying he would take revenge. Shortly afterward, he sold a story and some photos to a newspaper and disclosed many details about Freddie Mercury’s personal life. He went into detail about his lifestyle, claiming he had slept with hundreds of men and that two of his former partners passed from AIDS. These rumors deeply affected the rocker and left him heartbroken.

Paul Prenter Had Ideas About Freddie, Queen, And Mick Jagger During a 1984 interview, which he gave while still working with Freddie Mercury, Paul Prenter had some bright opinions about the future of Queen, Mercury, and the Rolling Stones frontman Mick Jagger. According to the manager, Jagger wouldn’t be able to tour after he hit his 60s because he wouldn’t manage to perform as well as he would want.

In addition to commenting on the Stones singer, Prenter said that the same thing goes for Queen and Freddie Mercury as they wouldn’t be performing when all the members are over 60 years old. Furthermore, he stated that he knows that Mercury wouldn’t want to be on stage when he comes to an older stage in his life.

“To actually stage a show like this costs us about half a million pounds before we even do one show. Then you have all production costs like the cost of the hall, and the hotels for all our staff, our travel, and moving all the equipment. We won’t make money on this tour, but you don’t make money on tour, even when you sell out every seat.

You really don’t make any money unless you’re playing a huge tour as the Stones did in the States two years ago. I don’t see Mick Jagger running around the stage when he’s 60. A: I think he would look silly, B: I don’t think he could give the presentation he would want to give. I don’t think it would satisfy him.”

“Being on tour is very grueling, and it’s obviously easier for younger bands, but they aren’t as good because you need the experience. But there does come a stage when… I mean, do you see Mick Jagger at 60? I don’t think many of the fans would want to see him, and I don’t think he would want to do it. I know he wouldn’t want to do it. I know Freddie wouldn’t want to do it, so I don’t see Queen touring when they are in their sixties. I won’t be with them if they are. I hope that I’m sleeping.”

It’s clear that Paul Prenter was wrong about everything he said in this interview as the Rolling Stones have been successfully touring all over the globe with Mick Jagger, who is rocking the stage at the age of 78. Just like them, the Queen members have been on the road regardless of their age, as band members and solo musicians, with Brian May being 74 and Roger Taylor 72.

While we cannot assume that Freddie Mercury would still be performing at this age as he’s no longer with us, many fans would agree that the musician would love to be on the road with Queen. Undoubtedly, he had a great passion and love of being on stage, making him one of the most remarkable leads the rock scene has ever seen.