Eric Clapton is among the most important and influential guitarists in the music scene. Besides being a talented guitarist, Clapton is a successful songwriter who has reflected his feelings and thoughts in song lyrics during his music career.

Clapton has endured lots of pain throughout his life. He lost his long-time friend Stevie Ray Vaughan in a helicopter crash, and his son Conor died after falling out of a window only a year later. After losing his son, the musician wrote ‘Tears In Heaven’ to reflect his grief. As it turns out, the musician also wrote another song to express his feelings about losing his son and father. 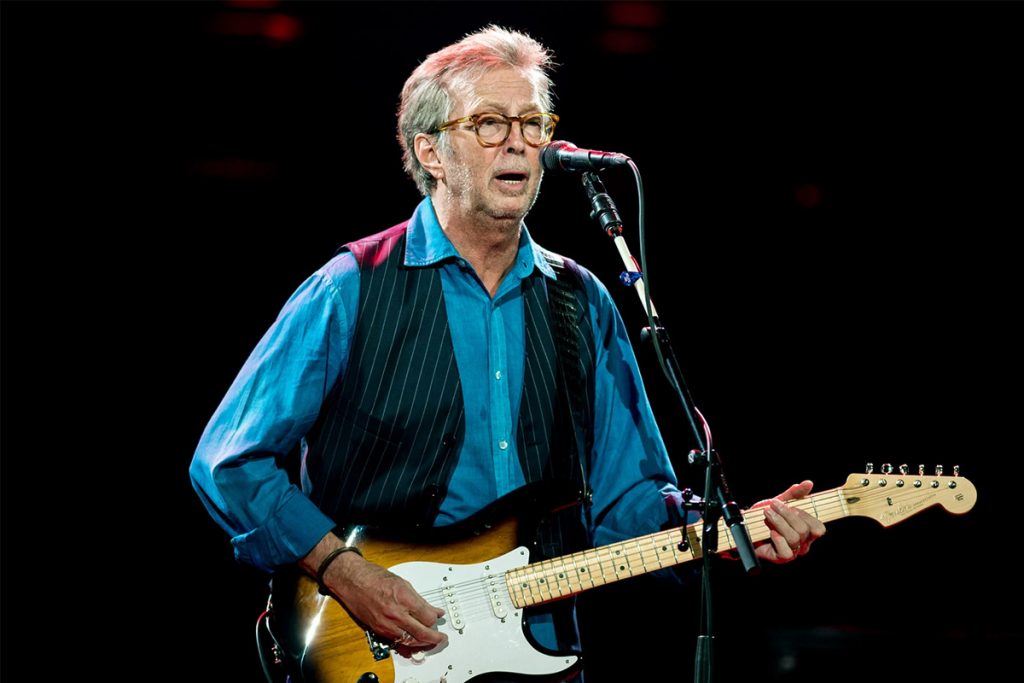 Eric Clapton was born on March 30, 1945, to Patricia Molly Clapton and Edward Walter Fryer, a 25-year-old soldier from Quebec. Clapton’s father was drafted to war before his birth and returned to Canada when the war ended. When he was a child, the musician believed that his grandparents were his parents and his mother was his sister.

In 1998, Clapton wrote a song titled ‘My Father’s Eyes,’ featured on his album ‘Pilgrim.’ After the release, the song became a huge hit and won a Grammy Award for Best Male Pop Vocal Performance. Clapton performed the song first in 1992 and 1996, but these versions differed from 1998’s original release.

The musician wrote the song ‘My Father’s Eyes’ in 1991 while living in Antigua and Barbuda. While writing the lyrics, his father’s absence, who died in 1985 due to leukemia, and his son’s passing inspired him. In the song, Clapton addresses how he wishes he knew his father. Moreover, the song also has references to his son Conor.

About ‘My Father’s Eyes,’ Clapton said the following in his autobiography:

“I tried to describe the parallel between looking in the eyes of my son and the eyes of the father that I never met through the chain of our blood.”

In 2007, Clapton eventually learned more about his father. Although he realized that his grandparents weren’t his parents, he only knew his father’s name. Michael Woloschuk, a Montreal journalist, researched Canadian Armed Forces service records and finally learned that Clapton’s father was Edward Walter Fryer, a piano and saxophone musician.

You can listen to Eric Clapton’s song ‘My Father’s Eyes’ below.