Mötley Crüe drummer Tommy Lee discovered his greatest passion in life at a very young age; he got his first drum stick when he was four years old. Then, Lee had his first drum kit in his teenage years, and shortly after, he left high school to pursue a professional career as a drummer. His most significant influences were John Bonham, Tommy Aldridge, Alex Van Halen, Terry Bozzio, and many more in his early years.

The Los Angeles club band Suite 19 was Lee’s first step to the rock stage, but the popularity and success would come after meeting with his future bandmate Nikki Sixx. This encounter was the beginning of Mötley Crüe, one of the world’s best metal and most notorious bands. Their lives immensely changed thanks to the band’s success, but Lee had different ideas about his career and reputation as a drummer in the beginning.

Why Did Tommy Lee Think He Was An Underrated Musician? 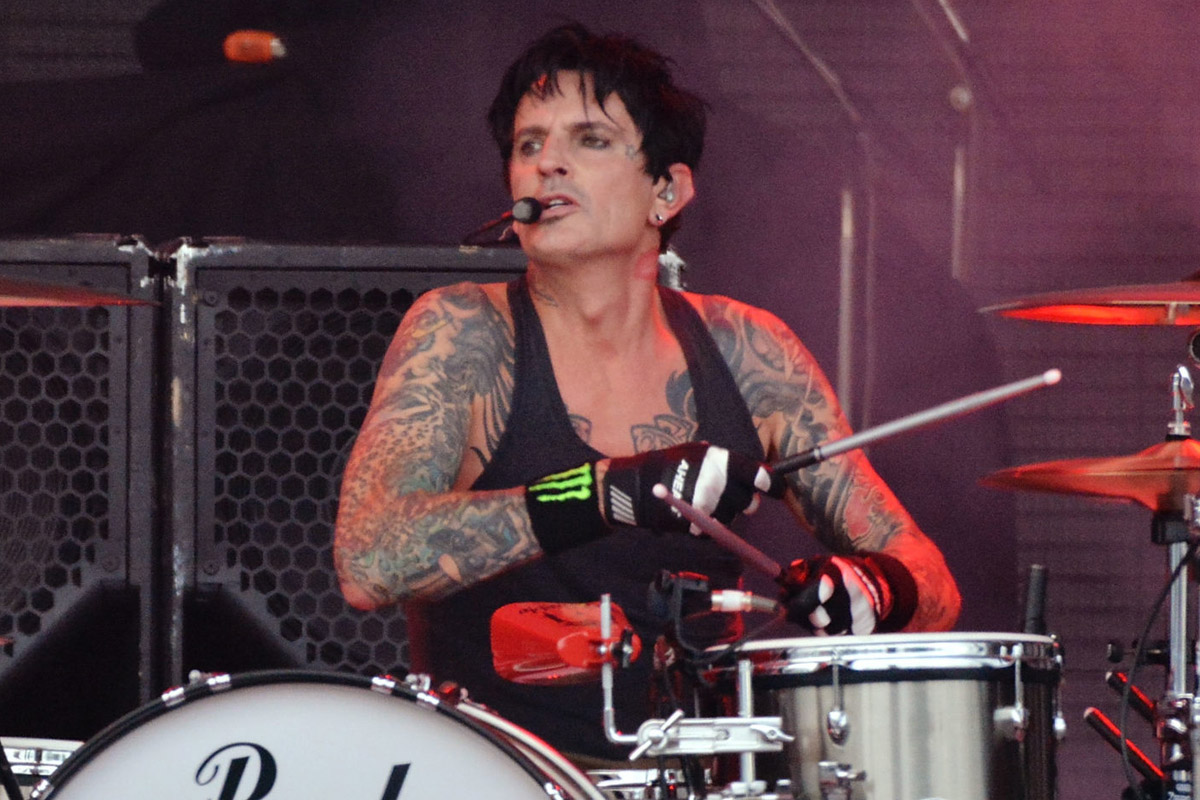 For decades, Mötley Crüe gained great international fame and commercial success thanks to their countless hit tracks on the charts worldwide. However, the band’s not only famous for their music but also for their crazy lifestyles full of drugs, alcohol, and parties, as a part of being rock stars. They shared details about this way of living in their various autobiographies, such as ‘The Dirt: Confessions of the World’s Most Notorious Rock Band’ and ‘The Heroin Diaries: A Year in the Life of a Shattered Rock Star.’

As revealed in the memoirs and their previous interviews, Mötley Crüe members realized the dangerous sides of their addictions and decided to change them by staying sober. As one of them, Lee fought very hard to stop using alcohol and other substances throughout his life. Years later, he understood that his addiction didn’t let him do his best as a drummer during their live performances.

In addition, the Mötley Crüe drummer unveiled that he was an underrated instrumentalist despite his extraordinary and unique talent that he couldn’t prove many times. Probably, Lee knew that he took place in the news or magazine headlines and later on social media comments with his tumultuous relationships, sex scandals, and crazy parties, not his talent as a drummer. He highlighted that he was very frustrated about not being appreciated as a musician.

“I have done the opposite of that plenty of times in the past and had far too much, and this is not cool. The thing is, you go out there blasted, and you are thinking to yourself, ‘Man, I am kicking a** tonight!’ Then you watch a piece of video the next day, and you think, ‘Dude, you were absolutely not kicking a**, or anywhere near it!’ Do I feel underrated as a musician? Yeah, I do. Years ago, I used to get frustrated over that, but when you start to get a little older, you realize that it’s not that important.”

However, Lee said that when he got older and thought more about it, he regarded not getting attention only with his drum playing as an unimportant situation. Therefore, he’s not unhappy about his reputation anymore. Even though the Mötley Crüe drummer was mainly known for his private life, he inspired many young generations of musicians. Moreover, Lee and the whole band have a dedicated and longtime fan base worldwide.