When Tommy Lee Cried After Losing Pamela Anderson And His Children

Apart from his successful music career in Mötley Crüe, Tommy Lee is also known for his turbulent love life. Throughout his life, the drummer has been married four times. His first wife was Elaine Starchuk and his second wife was actress Heather Locklear. However, his most famous relationship was probably with the Playboy Playmate Pamela Anderson.

On February 19, 1995, Tommy Lee decided to marry Pamela Anderson, although they had known each other for only four days. The couple wed on a beach, and Anderson wore a simple white bikini during the ceremony. They have two sons together: Brandon Thomas Lee and Dylan Jagger Lee.

Despite looking like love bugs on the outside, Lee and Anderson experienced some issues during their marriage. In 1998, Lee was sentenced to six months in jail for spousal abuse after assaulting Anderson, and the couple divorced following this incident. As it seems, losing Anderson and his children left a deep scar in Lee, and he cried while talking about them in a previous interview. Let’s see the details of what happened at that time. 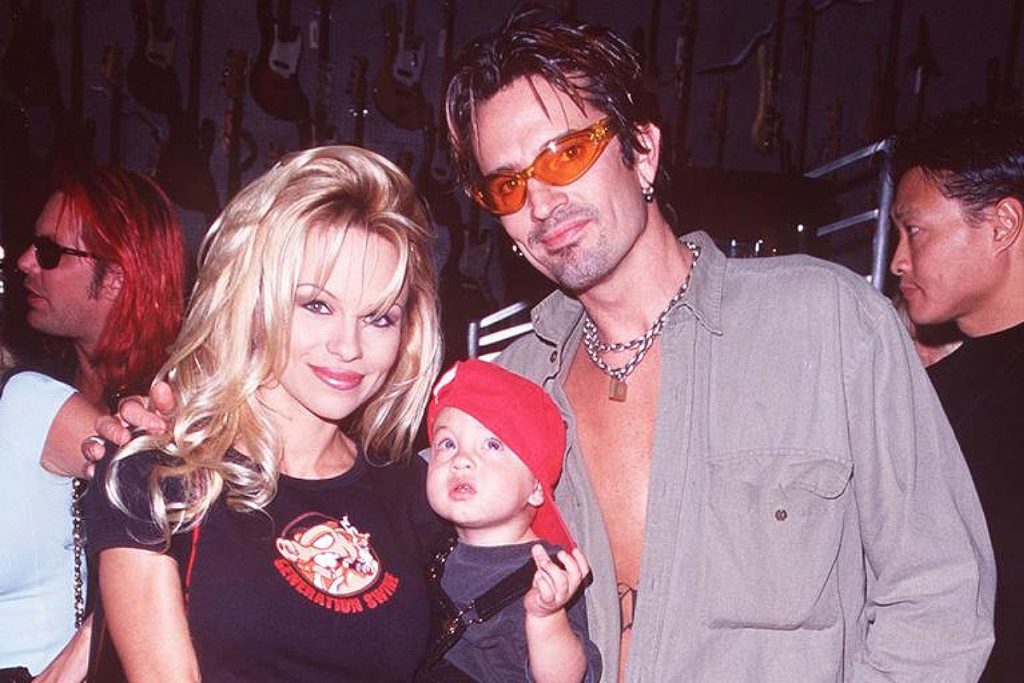 Although Tommy Lee and Pamela Anderson had their ups and downs in their relationship like every other couple, their lowest point was in 1991 when Lee assaulted Anderson. The incident happened after their son Dylan was born, and reportedly he witnessed the battery, which left Anderson with several bruises and a torn fingernail.

After the incident, Tommy Lee spent six months in jail for spousal abuse, child abuse, and unlawful firearm possession. However, he denied all of these accusations. Later on, Anderson filed for divorce, and the couple got separated. In an interview conducted at that time, Tommy Lee revealed his insights about the incident.

During the conversation, Lee expressed his lifelong dream was to be a father and have a family. Therefore, it’s not surprising that he has valued his sons more than anything. As it seems, he was even there helping Anderson deliver the babies, so there was a deep connection between him and his kids.

Towards the end of the interview, it became clear that Lee was barely holding back his tears while talking about being a father to his sons Brandon and Dylan. He stated that his sons brought light to his life, and he regresses to a child while he is with them. The drummer then said he wished this incident never happened.

Later on, Fox News reporter Catherine Crier asked the drummer if he could imagine seeing his kids once a month. Lee said that this fact horrifies him, and he won’t be ‘the weekend dad or the once-a-month dad.’ Moreover, he added that he would want his family back, but he doesn’t know if that’s possible.

While showing the pictures of his kids to Fox News reporter Catherine Crier, Tommy Lee said:

“I’ve wanted to have kids for a long time. It’s a dream come true.”

“What have those guys brought to your life?”

“A lot. I could go on for hours about this. There’s that part of me that’s still in there, this little kid — here I am, regressing to a two-year-old, temporarily. It’s really fun. I’m enjoying it — I’m having the best time of my life. I wish I could see them more, I wish this wasn’t happening to me, but that’s what it is right now.”

“Does she understand how you feel about the kids? Can you even imagine being ‘once a month’ dad?”

“No. That horrifies me, and I won’t be the weekend dad or the once-a-month dad. No matter what. They don’t deserve that. They didn’t ask for that. Not a chance. I’ll do everything in my power to be their father.”

Later on in the interview, Catherine Crier asked Lee:

“What do you want more than anything right now?”

“Well, I would love to have my family back, but as I said, I don’t know if that’s possible. I’m holding control of me.”