Why Slash’s Godfather Solo Performance Has Inspired Many Amateur Guitarists

Slash is famously known as one of the most talented and inspiring guitarists in the history of rock music. He was hired as the guitarist of Guns N’ Roses shortly after the band’s formation in 1985 and he’s credited as one of the musicians that contributed the most to the band’s worldwide success.

Gibson Guitar actually ranked Slash as Number 34 on their ‘Top 50 Guitarists of All Time’ while his riff in ‘Sweet Child o’ Mine’ ranked Number 1 on Total Guitar’s ‘The 100 Greatest Riffs’ list. Thus, it can be clearly seen that Slash is highly appreciated for his guitar skills, and especially his riffs, which brings us to today’s topic; Slash’s world-famous Godfather solo.

Why Did Slash Play The Godfather Theme? 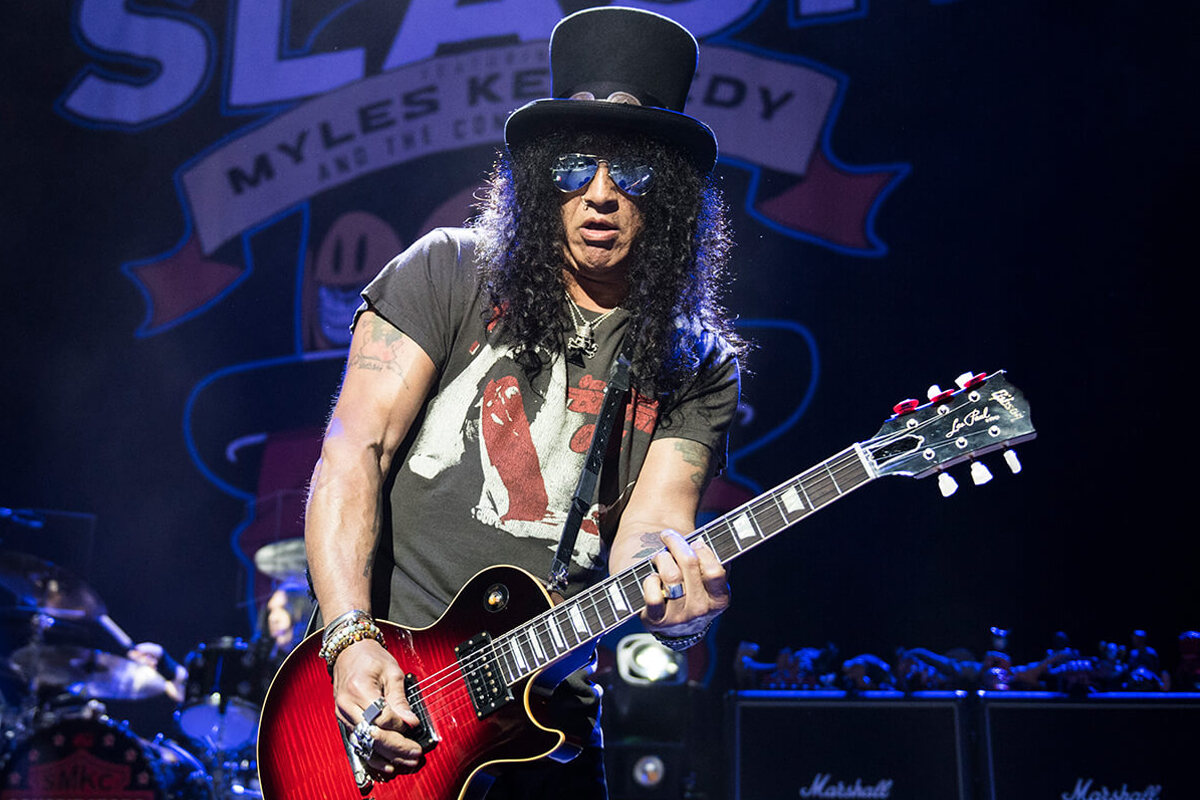 The answer to this is quite simple; because he thought it would be cool and saw potential. During a concert, Slash started playing some notes and slowly made his way into ‘Speak Softly, Love‘ by Andy Williams, which is widely known as The Godfather theme song. With an unconventional choice, Slash amazed his audience and this performance came to be known as a rock classic.

When Slash first played this song he tried to add his touches but keep it as original as possible. As you may know, the song is originally pop-rock but was transformed into a Waltz track for the movie. Slash decided to slightly increase the tempo and incorporate his own style to give it a rock sound. His aggressive and sustained bends increased the dramatic feel of the song which was supported with the piano, bass, and drums playing in the background.

Years later, during a Slash ft. Myles Kennedy & The Conspirators concert in 2013, Slash revisited this theme song and amazed his fans once more. However, it seems that the years have given Slash the confidence to put his signature in a bolder way. In his recent performance, the guitar icon used his aggressive bends to add some notes to the song so as to increase its musicality and emotional effect.

How Has Slash’s Godfather Solo Been Perceived By Fans And Guitarists?

To begin with, it should be mentioned that a lot of people credit Slash for the mainstream popularity of Andy Williams’ ‘Speak Softly, Love’ among younger rock fans. Even though he didn’t write or record this song, the way Slash embraces the spirit of the track is what makes it so special and emotional. The advanced playing techniques he used on such a powerful song have been an inspiration for many.

Thus, it shouldn’t be surprising that millions of amateur guitarists have been excitedly waiting for the day they’ll be able to play the Godfather theme song just like their favorite musician. For this reason, there are dozens of cover versions of Slash’s performance and numerous tutorial videos in which guitar players and tutors are showing their viewers the way to do it.

You can watch Slash’s two Godfather theme performances see one of the most popular covers below.