Who Is The Richest Member Of Rush: Geddy Lee And Alex Lifeson’s Net Worths In 2021

As you may follow their career, the rock band Rush was formed in 1968 including Geddy Lee as bassist, vocalist, keyboardist, and composer, Alex Lifeson as guitarist and composer, and Neil Peart as drummer, percussionist, and lyricist. After several lineup changes, the band arrived at this classic trio.

In the 1970s, Rush gained great commercial success and popularity with their several albums ‘Rush,’ ‘Fly By Night,’ ‘2112,’ ‘A Farewell to Kings,’ and ‘Hemispheres.’ The band’s popularity continued in both the 1980s and 1990s, with their later albums such as ‘Permanent Waves’ and ‘Moving Pictures’ charting highly in both Canada and the US.

Rush continued to record and perform until 1997 and they gave a four-year break due to the personal tragedies of Peart. In the same year, Peart’s daughter was killed in a car crash and his common-law wife died of cancer. Four years later, the trio reunited again and released three more studio albums, ‘Vapor Trails,’ ‘Snakes & Arrows,’  and ‘Clockwork Angels.’ 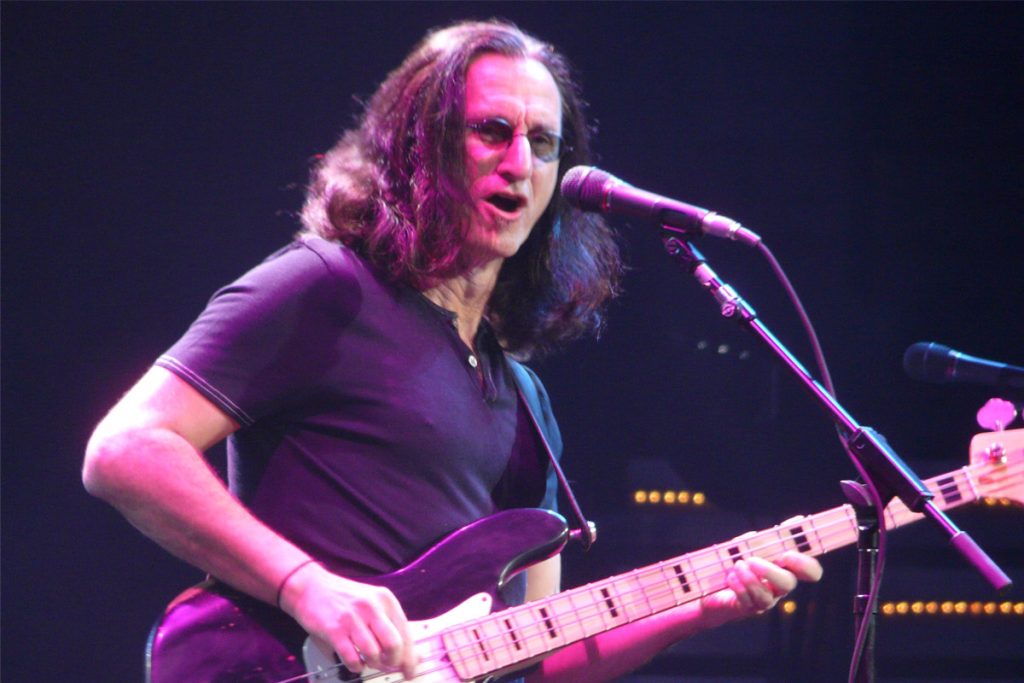 Geddy Lee is currently the richest member of Rush with having a net worth of $45 million. Lee is ranked 13th on Hit Parader’s list of the 100 Greatest Heavy Metal Vocalists of All Time. Lee joined Rush as the bassist of the band replacing Jeff Jones after the request of his childhood friend, Alex Lifeson. He also became the lead vocalist and keyboardist of the band.

At the beginning of his career, Lee inspired by many legendary musicians such as Cliff Burton of Metallica and Steve Harris of Iron Maiden. Also, Lifeson, Peart, and Lee were made Officers of the Order of Canada on May 9, 1996. They became the first rock band that reached that honor. Rush took its place in the Rock and Roll Hall of Fame in 2013.

Apart from his distinguishable career in Rush, Lee’s solo debut album ‘My Favorite Headache’ was appreciated by his fans a lot. In addition to these, Lee appeared as a special guest star in different tv shows such as ‘How I Met Your Mother’ and ‘Chicago Fire.’ Recently, he became a part of Canadian benefit performance, Stronger Together, Tous Ensemble to provide Food Banks Canada during COVID-19. With his $40 million net worth, Alex Lifeson is the second richest member of Rush as guitarist and backing vocalist. Lifeson is co-founder of Rush along with drummer John Rutsey, and bassist and lead vocalist Jeff Jones. Then two of them were replaced by Geddy Lee and Neil Peart.

According to Guitar World readers, Lifeson was ranked third after Eddie Van Halen and Brian May in a pol choosing the 100 greatest guitarists of all time. As his side projects, Lifeson performed guitar solos for Platinum Blonde’s album ‘Alien Shores’ songs, ‘Crying Over You’ and ‘Holy Water.’

Then, he was the executive producer of  Keram Malicki-Sanchez’s ‘Come to Life’ album and played guitar in his latest singles, ‘Artificial Intelligence,’ ‘That Light,’ and ‘Rukh.’ As a multitalented person, Lifeson is also a painter, an actor, a licensed aircraft pilot, and the part-owner of a Toronto bar and restaurant called The Orbit Room.