One of the most influential figures of the 20th century, David Bowie had an undeniable impact on popular music, particularly with his innovative style. Until the very last days of his life, Bowie continued working on his music considering his final album, ‘Blackstar,’ was released only two days prior to his death.

David Bowie started his career when he was only 15 years old by forming his first band called The Konrads in 1962. He later joined another band named the King Bees which led to his first personal management contract to start his career as a solo musician. His first hit song was ‘Space Oddity,’ which was released in 1969. However, the song that changed the direction of his career was ‘Fame‘ which brought him mainstream success.

Bowie’s commercial peak happened later in 1983 when he released his 15th studio album, ‘Let’s Dance,’ which reached #1 in numerous charts. He also collaborated with Queen for their iconic song, ‘Under Pressure.’ Throughout his career, David chose to experiment with various musical styles to create his own unique sound. Besides his praiseworthy music career, he was also a successful actor who take part in movies such as ‘The Prestige,’ and ‘The Last Temptation of Christ.’

Bowie released his final album, ‘Blackstar,’ on January 8, 2016, on his 69th birthday. Unfortunately, only two days later, he passed away due to the complications of liver cancer with which he had been struggling for the last 18 months. Following his death, his fans around the world bid him farewell in numerous ceremonies and his ashes were scattered in Bali during a Buddhist ceremony that was written in his will. His will also revealed who received Bowie’s money and estate which was split among some important people that left a mark in his life.

The English singer, songwriter, and actor David Bowie had a net worth of $230 million at the time of his death. Selling more than 100 million records worldwide, David was rightfully one of the leading figures in the music industry throughout his 50 years of career.

Bowie released 27 studio albums during his professional career nine of which reached number one in UK charts. Even though he once considered selling his entire catalog as many other artists did considering the rising popularity of music file-sharing around the 1990s, David followed another way to keep his royalties safe.

Upon the advice of his friend, he decided to use the system called ‘celebrity bond’ which was commercial debt security. According to the ‘Bowie Bonds,’ the iconic musician sold bonds back by his music catalog which eventually helped him raise $55 million.

He and his second wife Iman owned a house together in New York for which they paid $4 million back in 1999. Bowie also had other properties in different places around the world, including a Caribbean villa on the island of Mustique and an estate in Lausanne, Switzerland. 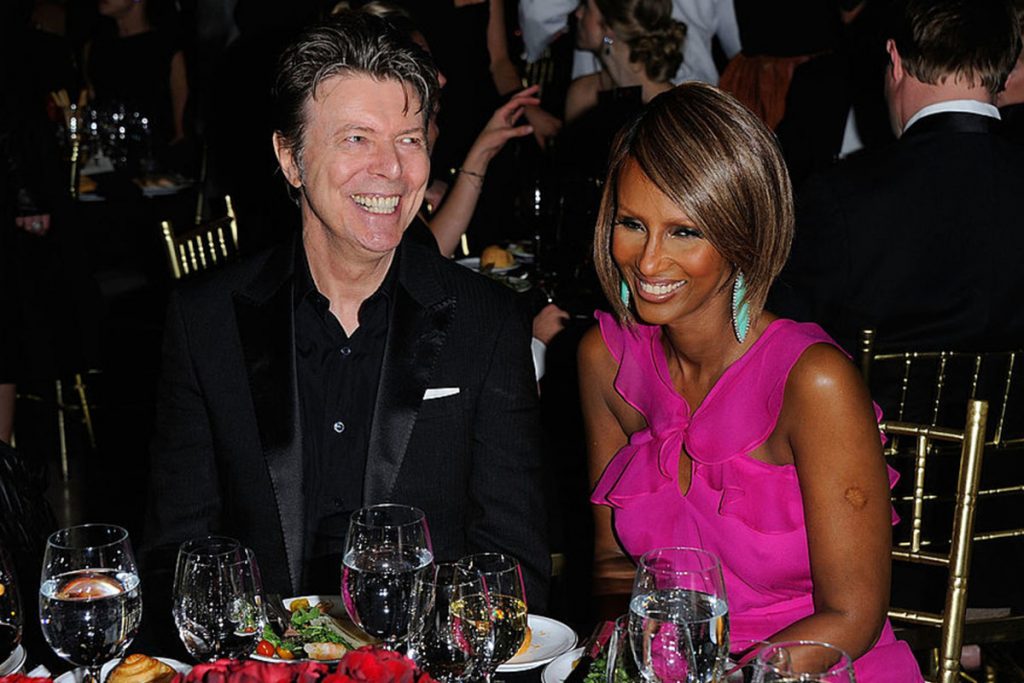 David Bowie, whose real name was David Robert Jones, married two times and had two lovely kids, one from each marriage. Initially, in 1970, he married Mary Barnett and they had a son named Duncan Jones. However, their marriage lasted only 10 years and ended in 1980 with David getting custody of their son.

Later in 1992, Bowie got married to his second wife Iman Abdulmajid, who was a Somali model. The couple had a daughter named Alexandria. David was known to be bisexual which he revealed in an interview he joined back in 1976.

After he passed away in 2016, his will was revealed by the officials in which he requested his ashes to be scattered in a Buddhist ceremony in Bali, Indonesia. Additionally, his will stated that his widow, Iman, would receive their SoHo apartment in NYC, which they bought for $4 million back in 1999.

Bowie’s son Duncan and his daughter Alexandria received %25 each from their father’s estate. Alexandria also received her father’s mountain retreat in Ulster County, NY. He left $2 million to Coco Schwab, who was his assistant for years and $1 million to Marion Skene, who was his childhood nanny.