The two legendary bands Black Sabbath and AC/DC collaborated for Black Sabbath’s European leg of their Technical Ecstasy Tour. The European leg started on March 2, 1977, in Scotland and ended on April 22, 1977, in Sweeden. Every concert of the bands was legendary and unforgettable but no one could forget the incident that happened after the Technical Ecstasy concert on April 21, 1977.

The tension between Black Sabbath and AC/DC arose after their Paris concert. The brand new stage equipment of AC/DC was seriously damaged because of the technical problems on the stage and they got very angry and stopped playing for a while. Black Sabbath members reacted to this protest of the band and the real problem started the night when Geezer Butler became very drunk.

Why Did Geezer Butler Pull A Knife To Malcolm Young and How Did Ozzy Osbourne Stop Him? 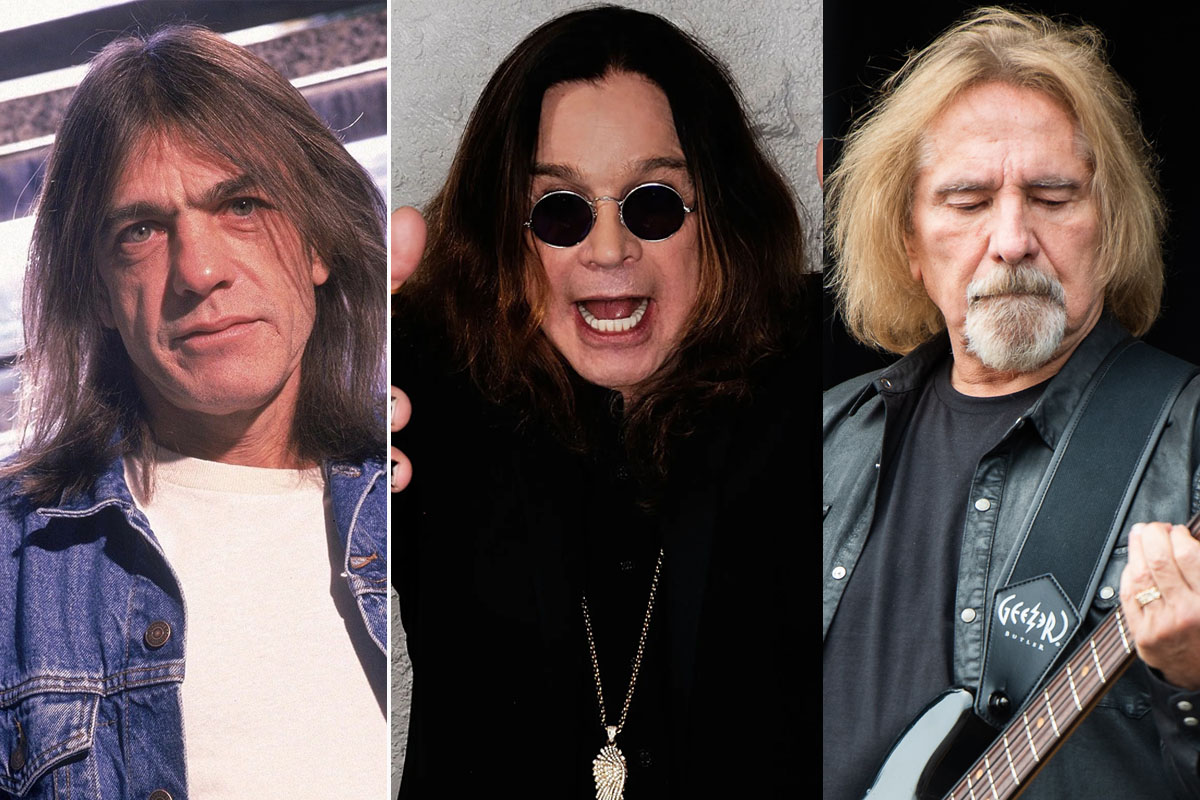 Both the members of the Black Sabbath and AC/DC were staying at the same hotel during their tour. Black Sabbath bassist Geezer Butler was very drunk and exhausted from touring for a very long time and when he saw AC/DC guitarist Malcolm Young he stated that one would feel stressed and exhausted in time but Young disagreed with him. They had a fight during which Butler pulled a knife on Malcolm. Ozzy Osbourne saw the two arguing and stopped them.

Both Young and Butler had different versions of the story which they later told in various interviews they joined. Malcolm claimed that Geezer was very drunk and he didn’t like the fact that Young didn’t agree with him. According to Young’s version, Butler too many drinks and pulled out his flick knife on him. Luckily, Ozzy was there to ‘save the day.’ Geezer, on the other hand, stated that he didn’t pull a knife on him, he was ‘just flicking it when Malcolm came up to him and started slagging Black Sabbath.’

Young said in the interview that:

“We were staying in the same hotel, and Geezer was in the bar, crying in his bear, ’10 years I’ve been in this band, 10 years — wait till you guys have been around 10 years, you’ll feel like us.’ I said ‘I don’t think so.’ I was giving him no sympathy. He’d had too many drinks and he pulled out this silly flick knife. As luck would have it, Ozzy walked in and says to Geezer, ‘You fuckin’ idiot, Butler, go to bed!’ Ozzy saved the day, and we sat up all night with him.”

“No, I didn’t pull a knife. I always had flick-knives when I was growing up because everybody used to go around stabbing each other in Aston. Flick-knives were banned in England, but when we were playing Switzerland, I bought one. I was just flicking it when Malcolm Young came up to me and started slagging Sabbath. I was just playing with the knife. I was really excited to get one again. I was having a drink and flicking my knife—like you do—and he came over and said: ‘You must think you’re big, having a flick-knife.’ I said, ‘What are you talking about?’ And that was it. Nobody got hurt.”

According to Young’s version, Butler was extremely drunk and lost himself when he didn’t agree with him so he wanted to attack him with a flick knife. Then, Ozzy Osbourne came and stopped him by saying to him go and sleep. However, Geezer Butler told a very different version of the story and stated that he was just playing with his new knife when Young began criticizing Black Sabbath to provoke him. It seems that both sides preferred sticking to their own versions which can be only clarified by Osbourne if he decides to tell his version some day.