‘Moves Like Jagger’ is probably the most heard phrase in the music industry and has inspired a lot of stage performers, musicians, and even dancers. The Rolling Stones iconic frontman made this happen with his unique dance moves on stage, and even after 60 years, he continues to show them to the world.

Mick Jagger is not only the frontman of one of the most successful rock bands in the world, but he has also been a visual inspiration for other people worldwide. From his stage outfits to his attitude, Jagger won the hearts of many and always managed to put a smile on people’s faces. Unlike most other rockstars, Jagger cannot stand still while singing his part and has to move his body to the rhythm and sometimes out of the rhythm.

It isn’t easy to imitate or copy his dance moves as they are constantly changing to adapt to what Jagger feels like at the moment. From moving his hips side to side to running across the stage, he has come up with many alternatives throughout his 60-year career with The Stones. Although it may not seem like it, Jagger’s moves were also inspired and even copied from another icon, James Brown. 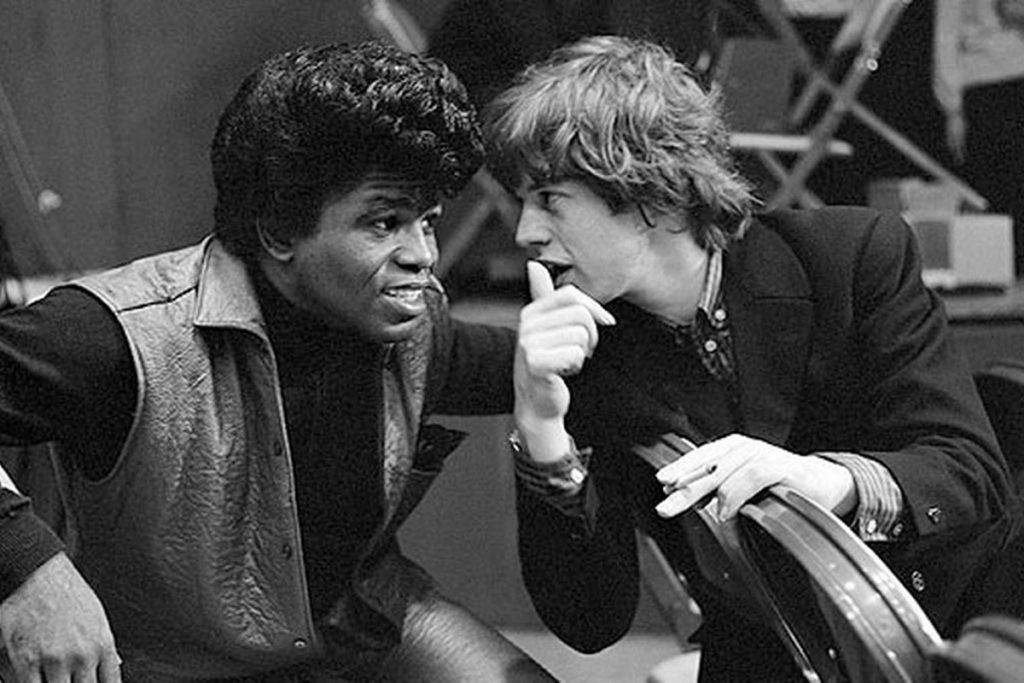 When Jagger was around 20 years old, he met James Brown. Being only a teenager and new in the rock and roll world, Jagger was happy to have met him and delighted when Brown offered to hang out together. Considering Brown as an idol, Jagger would go to his shows to watch him until he was proposed to go up on stage one day.

As he looked up to Brown, Jagger would take any advice he was giving, and that eventually led Jagger to copy his moves on stage. In an interview with Time in 2014, he revealed that he actually copied everybody’s moves to form his own style eventually.

Here is what Jagger stated about copying Brown and others:

“Of course. I copied all his moves. I copied everybody’s moves. I used to do James’ slide across the stage. I couldn’t do the splits, so I didn’t even bother. Everyone did the microphone trick, where you pushed the microphone, then you put your foot on it, and it comes back, and then you catch it. James probably did it best. Joe Tex did it brilliantly. Prince does it really well. I used to try to do it, but in the end, it hit me in the face too many times, and I gave it up. So, of course, I copied his moves. There was one particular one I used to do a lot, but then I gave up and moved on. You just incorporate everything into your act.”

He continued to talk about the specific moves he copied from Brown:

“When you move laterally from one side of the stage to the other, twisting your foot on one leg. I could do that one. But it’s a kind of attitude, too, not just a body move. It’s a kind of an attitude that he had on stage. You copy it.“

The energetic singer was inspired by and copied other performers, mainly James Brown, yet managed to create a unique image and stage presence. Since the band performs in stadiums and huge venues, it was important for the band to make the performance look as full as possible, and according to Jagger, this was achieved perfectly with his moves.