The Beatles‘ international success and popularity didn’t prevent the band members’ problems and creative differences, eventually leading to their breakup. Their manager Brian Epstein’s death, John Lennon’s drug use and relationship with Yoko Ono, and Paul McCartney’s constants attempt to be their leader can be considered the main reasons behind their disbanding.

Even though their dedicated fans, especially youth who took them as role models, felt disappointed after the news, they could keep listening to their idols through their solo and other projects. Every member, including George Harrison, focused on their works and collaborated with different artists following the breakup. However, his former bandmate John Lennon‘s reaction to one of his works wasn’t exactly supportive.

George Harrison released his third studio album entitled ‘All Things Must Pass’ on November 27, 1970, which was also his first record following The Beatles’ breakup. The guitarist finally had a chance to create his unique style and pay tribute to his major influences, Bob Dylan, Delaney & Bonnie and Friends, and Billy Preston. He also admitted Dylan’s effect on him, especially while writing lyrics for some of his songs.

Furthermore, Harrison collaborated with iconic musicians and bands such as his bandmate Ringo Starr, Eric Clapton, Gary Wright, and Billy Preston. The album received very positive reviews from music critics and Beatles fans. While many would expect his former bandmates to support Harrison on his post-Beatles record, John Lennon‘s reaction was far from it. 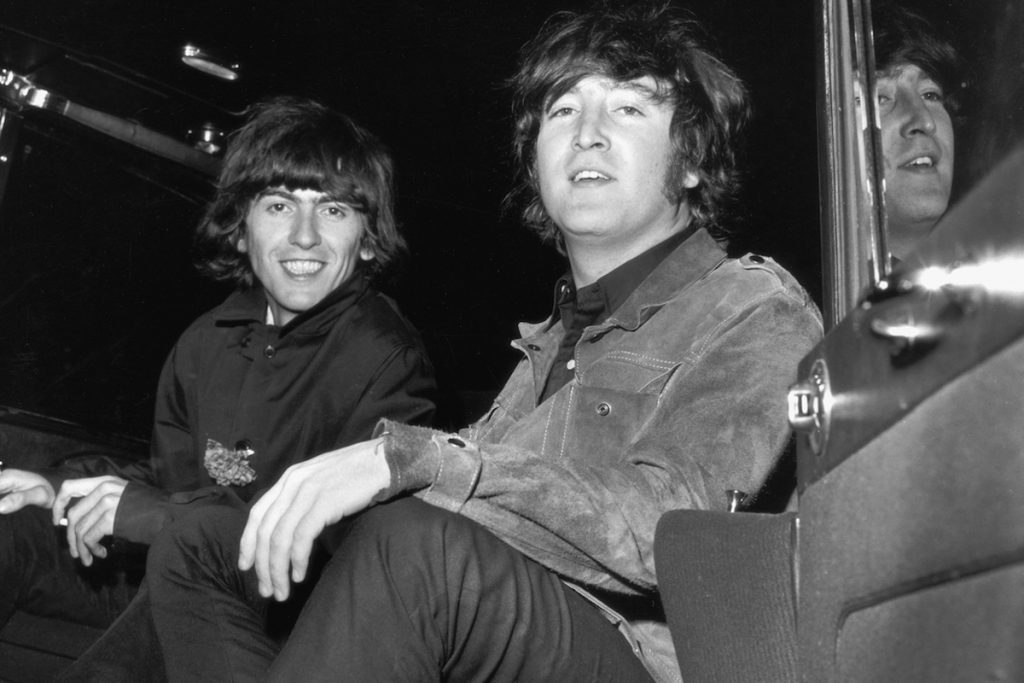 Many referred to the album as the declaration of Harrison’s freedom, which was taken away by John Lennon and Paul McCartney after they didn’t let him take more roles and determine the band’s artistic direction. The guitarist was always their little brother that they excluded from songwriting and reflected his style on purpose. These behaviors toward him caused tumultuous times and crises between the Beatles members, but it was a new era for Harrison after the album.

Thanks to Harrison’s songwriting and other musicians’ groundbreaking performances, ‘All Things Must Pass’ became very successful, but Lennon disagreed with them. Harrison revealed that the singer wasn’t content with the cover and defined him as asthmatic Leon Russell. So, Lennon only looked at the album cover and put three records out, reflecting his prejudice against the guitarist and his work.

Sadly, Harrison wasn’t even there while his bandmate was talking about and slamming his new record because he was out and a friend was there. The person was also Lennon’s friend, and he decided to share his ideas with him instead of Harrison. The musician drew attention to Lennon’s negativity during his visit to his house. Although it was annoying for him, Harrison decided to focus on his way and do his best.

Here’s what the reporter asked:

“Did you get any feedback from John or Ringo or anybody saying Congratulations?”

In Harrison’s words, he said:

“I remember John was negative at the time, but I was away, and he came around to my house, and there was a friend of mine living there who was a friend of John’s. He saw the album cover and said, ‘He must be bad, putting three records out. Look at the picture on the front; he looks like an asthmatic Leon Russell.’

There was a lot of negativity going down. Ringo played on almost the whole album. I don’t care about that. We’ve been through the thing. I felt that whatever happened, whether it was a flop or a success, I was going to go on my own to have a bit of peace of mind.”

After releasing his 1970 record, Harrison put out several other albums, such as ‘Dark Horse,’ ‘Somewhere in England,’ and ‘Cloud Nine.’ The musician kept dropping new materials his fans appreciated until his devastating passing on November 29, 2001, at a property belonging to McCartney, at 58.