Led Zeppelin is no doubt among the most prominent and influential bands in the rock music scene. When formed in 1968, the band consisted of the original members Robert Plant, Jimmy Page, John Paul Jones, and John Bonham. With their rich and powerful sound, they became the pioneers of heavy metal and hard rock.

Approaching rock music in an innovative way, Led Zeppelin took influences from various genres such as blues and folk music. Since 1968, the iconic rock band has sold over 300 million records worldwide. Throughout their prolific career, Led Zeppelin recorded widely successful albums and hit songs. Although the band disbanded after Bonham’s death, they continue to influence musicians, and their classics are still a delight for the ears.

Apart from their talents as musicians, Led Zeppelin was also known for their dazzling live performances. They went on a great number of tours during their career and performed in front of huge crowds. Back in the 1970s, when the band was enjoying their success in the rock music scene, they also enjoyed pulling pranks on each other. For instance, as a prank, Bonham flooded a bandmate’s room with a firehose and once left John Paul Jones asleep in a hotel hallway. Although these seem like innocent pranks, the joke Jimmy Page and Robert Plant played on George Harrison was kind of awkward. 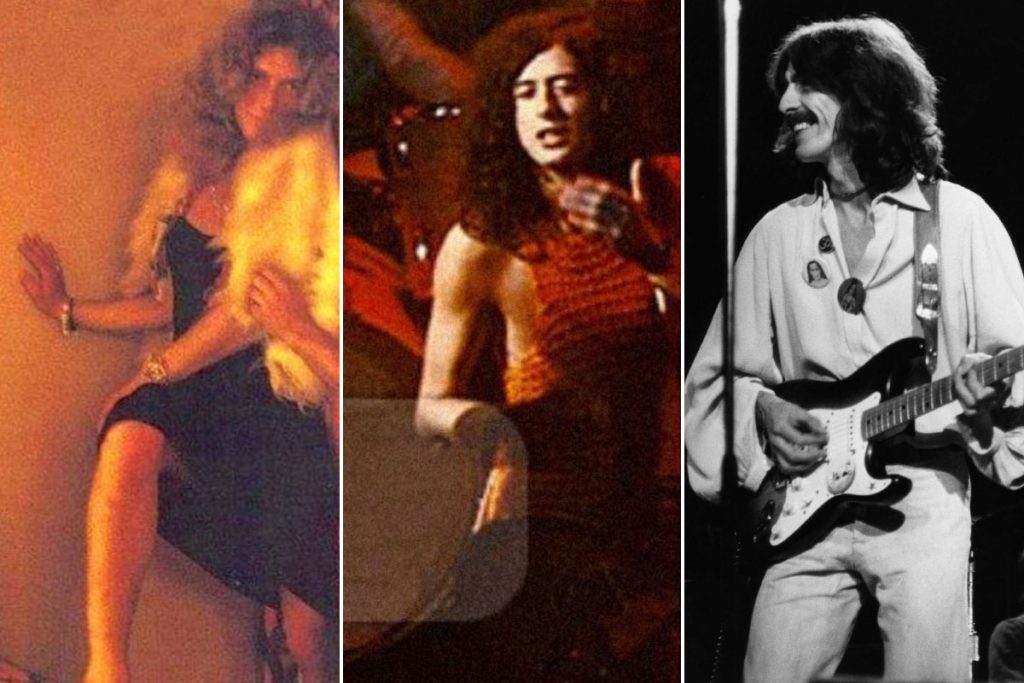 Back in 1974, Led Zeppelin got together with The Beatles’ George Harrison for dinner. Before that, to promote their new Swan Song label, they dressed in drag for a photoshoot for their next album. They took a few pictures wearing dresses and make-up and headed to meet Harrison without changing their clothes.

However, although they expected to see Harrison alone, he was accompanied by a guest, the singer Stevie Wonder. This made things complicated, and the prank went wrong. The band members felt quite embarrassed as Stevie Wonder thought the joke was on him because he was blind. Therefore, not a single person laughed at the prank.

One of Jimmy Page’s girlfriends, Lori Maddox, recalled the incident in Stephen Davis’ book ‘Hammer Of The Gods.’ She claimed that Led Zeppelin only made a fool of themselves with the drag prank. Following that, Maddox added they almost died from the embarrassment that day.

Lori Maddox recalled the day when the prank took place as:

“All the guys came traipsing into the suite in makeup and dresses, and there’s Stevie Wonder sitting there! Can you imagine? There’s Led Zeppelin all in drag, and Stevie Wonder thinks the guys are doing it as a joke on him because he’s blind. They almost died from embarrassment.”

Although they meant for it to be a funny joke, it appears that the prank was not a pleasant one. However, at least they learned that all things should be taken into consideration when planning to pull a prank on someone.