When Don Henley Admitted The Leader Of The Eagles

The award-winning band Eagles were formed by Glenn Frey, Don Henley, Bernie Leadon, and Randy Meisner. Before forming the Eagles, singer Linda Ronstadt recruited them as band members and touring musicians, and they all performed on her third solo record. After working with her for a while, they decided to pursue their own musical career.

In 1972, the band released their self-titled debut and started to gain recognition. In 1974, one year after the follow-up album ‘Desperado,’ guitarist Don Felder joined the band. After several successful records, in  1979, the band released their last studio album for around 28 years, ‘The Long Run.’ They broke up the following year but reunited in 1994 for their second live album, ‘Hell Freezes Over.’

In 2013, the Eagles began their History Of The Eagles Tour, and they were enjoying tremendous success. Sadly, this came to an end in January 2016, when Glenn Frey passed away at the age of 67. The Eagles then went on a hiatus, and Don Henley stated that they would probably never perform again. In the same interview, he also admitted who was the leader of the band.

Don Henley Revealed That Glenn Frey Was The Eagles’ Leader 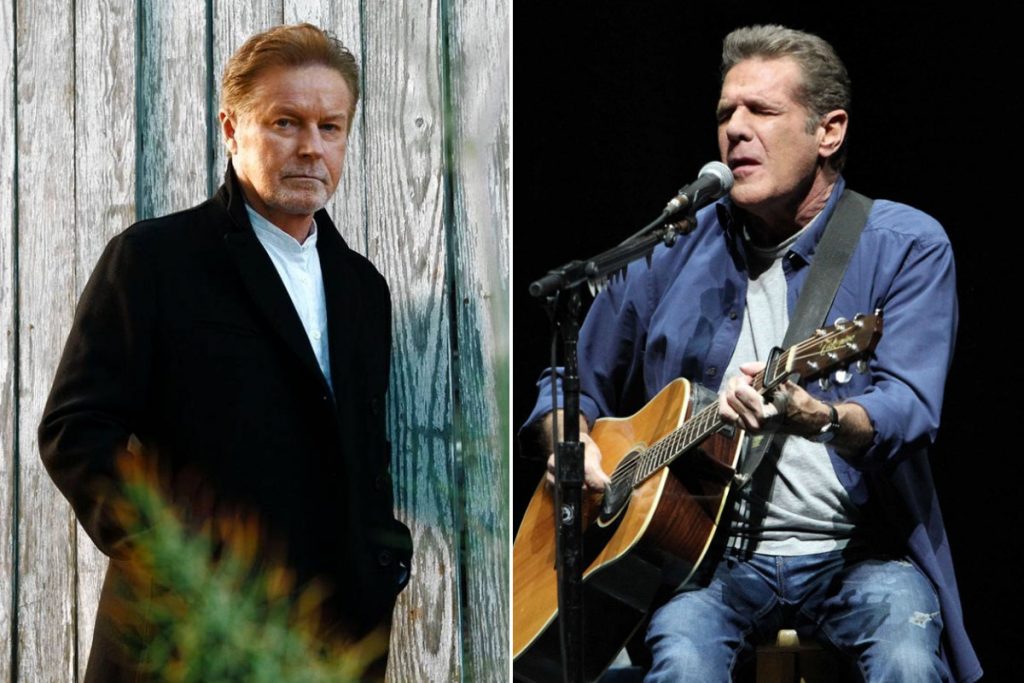 In February 2013, the Eagles released a documentary named ‘History Of The Eagles’ that shed light on their career. They then began touring in support of the documentary in July and continued until July 2015. In 2015, the Eagles would appear at the Kennedy Center Honors, but they had to postpone it due to Glenn Frey’s health problems.

In 2000, Frey was diagnosed with rheumatoid arthritis. He then received treatment to control the disease, but his medication led to colitis and pneumonia. The band’s reason for postponing their appearance at the Kennedy Center Honors was that Frey required surgery. However, he never had surgery due to his pneumonia and was placed in a drug-induced coma. On January 18, 2016, Frey died at the hospital due to complications of rheumatoid arthritis, acute ulcerative colitis, and pneumonia.

Following Frey’s heartbreaking death, his fellow musicians and bandmates mourned his passing. In various interviews, Henley stated that this might be the end of the Eagles. In the interview by CBS News, Henley revealed the reason he thought this way. He said that he didn’t think they would continue because Frey was an irreplaceable Eagles member. Henley then said Glenn Frey was the band leader, and it would be strange continuing without him.

“Can you imagine the Eagles continuing in any form? Is that something you even think about?”

“Not at this point in time. No, no, it doesn’t seem feasible to me. Glenn was such a pivotal part, I mean he was the leader of the band. And it would be pretty strange going forward without him.”

Despite Henley’s statements, the Eagles decided to move on and continued touring. In 2017, Glenn Frey’s son Deacon Frey started performing with the band as his father’s replacement. Although Frey was an essential figure in the band, it seems that the Eagles gathered their strength to move on.