It has been over four decades since the whole world mourned the passing of the Beatles legend John Lennon who was murdered in front of his apartment in Manhattan by Mark David Chapman on December 8, 1980. It was known that the killer had a murder list including names such as Johnny Carson, Paul McCartney, and Ronald Reagan and that the murder was planned.

However, there was one name on that list that quite literally dodged the bullet by being at the right place at the right time. David Bowie was the second name on Chapman’s list and if the killer had not been arrested, the world would probably be mourning David’s passing too as he had a ticket for Bowie’s show which was taking place on the day he murdered John Lennon. 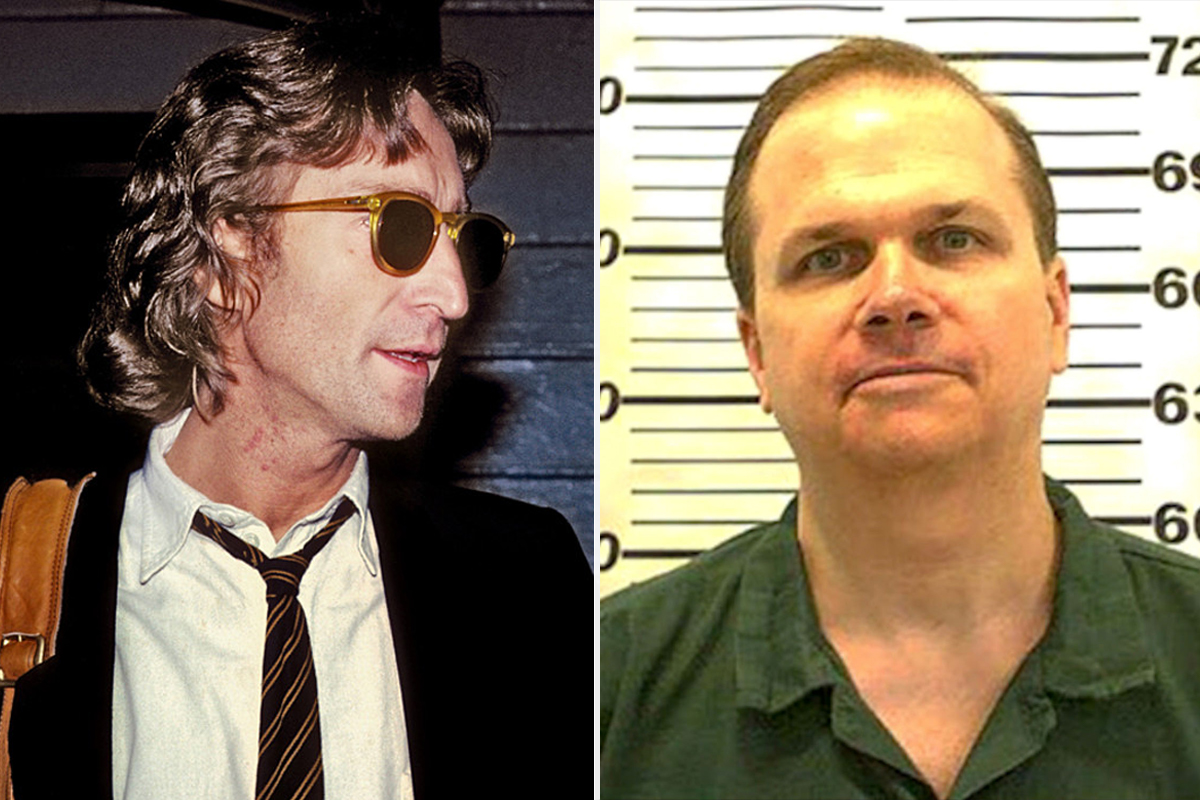 As with most obsessions, Mark Chapman’s desire to murder John Lennon started out as a simple fanboying. He used to be a huge fan of the Beatles and knew all their songs and lyrics, had attended their concerts, and really supported the positive messages they gave through their music.

However, his feelings of love took a dark turn when in 1966 John Lennon said that the Beatles were ‘more popular than Jesus.’ Being a religious person, Chapman was offended and it is said that he got the idea of murdering Lennon after his prayer group changed the lyrics of ‘Imagine’ to ‘Imagine, imagine if John Lennon was dead.’

During an interview, Chapman said that one of the main reasons why he was filled with rage towards John Lennon was his hypocrisy. Chapman said that while Lennon sang about love, equality, and living a life without possessions, he had millions which he spent on yachts, country estates, etc.

Here’s what Chapman said in a later interview:

“He told us to imagine no possessions and there he was, with millions of dollars and yachts and farms and country estates, laughing at people like me who had believed the lies and bought the records and built a big part of their lives around his music.”

How Did John Lennon’s Death Save David Bowie?

As you know, David Bowie and John Lennon were two of the biggest stars of the ’70s and they had a chance to meet each other which led to a strong friendship between the two. The iconic duo even created a song named ‘Fame,’ which was released in 1975. On December 9, 1980, he and Yoko Ono were supposed to attend Bowie’s The Elephant Man show.

Getting through that night was very hard for David, and aside from the unexpected death of his friend, there was another reason why it was so emotionally overwhelming. Aside from the two front-row seats that were reserved for Yoko and John, which were empty, there was a third one with a missing guest.

During an interview in 1999, David Bowie revealed that the third empty seat belonged to Chapman who had also purchased a ticket for the show and if he hadn’t been arrested for murdering John Lennon the day before, he would’ve probably killed Bowie, as he was the second rockstar on his list.

Here’s what David Bowie had said in an interview:

“I was second on his list. Chapman had a front-row ticket to The Elephant Man the next night. John and Yoko were supposed to sit front-row for that show too.

So the night after John was killed there were three empty seats in the front row. I can’t tell you how difficult that was to go on. I almost didn’t make it through the performance.”

It sure must have been hard for David Bowie to get through that night. He didn’t have any time to process the passing of his friend with whom he had created so many memories. In addition to that, looking at that third empty seat must have been like staring death in the eye, which doesn’t sound pleasant.

You can listen to Bowie and Lennon’s ‘Fame‘ below.