Iron Maiden was formed in 1975 by bassist and primary songwriter Steve Harris. Although the band achieved initial success during their early days with the 1980’s eponymous debut and the following record, ‘Killers,’ the turning point in their career happened when Bruce Dickinson joined the band as their lead singer in 1981.

From then on, the band became one of the most important heavy metal acts in history and released monumental records such as ‘Powerslave,’ ‘Somewhere in Time,’ and ‘Fear of the Dark.’ After years of successfully working together, Harris and Dickinson’s different visions eventually got the best of them.

The bandmates’ relationship took a sharp turn when their opinions clashed, and it’s fair to say that they weren’t respectfully criticizing each other. Currently, they are bandmates again, but both sides didn’t give up on publicly making bold statements, and Dickinson once revealed that nothing has changed.

Bruce Dickinson And Steve Harris Had A Tumultuous Relationship It all started when his bandmates rejected Bruce Dickinson’s suggestions regarding the band’s sixth studio album. It was around this time when Harris began to publicly criticize his bandmate, saying the singer’s material was rejected because it was not good enough, and Dickinson was more burnt out than anyone at the end of their last tour.

Following the ‘Fear of the Dark Tour,’ Dickinson decided to leave Iron Maiden but had to stay for an already booked tour in 1993. The tension was evident as the singer drew criticism from his bandmates, especially from the bassist who said he wanted to kill the vocalist due to his actions.

The main reason behind this criticism was that Harris thought Dickinson was deliberately under-performing whenever the press wasn’t there. Dickinson has since denied the accusations coming from his bandmate and said his performance was only based on the atmosphere. As a result of the personal conflict, the Iron Maiden singer performed for the last time with the band on 28 August 1993 and departed.

Bruce Dickinson Shed Light To His Relationship With Steve Harris 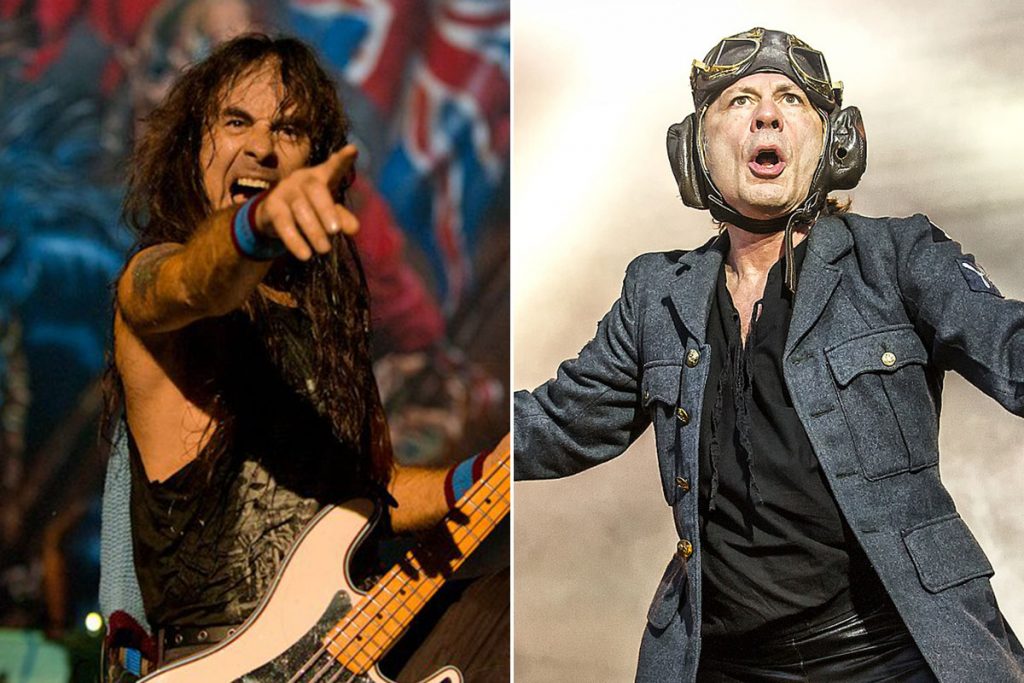 After six years of working as a solo musician, Bruce Dickinson rejoined Iron Maiden in 1999, thanks to their manager Rod Smallwood. On the other hand, Steve Harris refrained from working with his frenemy and initially rejected the idea. Eventually, they started working as bandmates once again, and they still do to this date.

During an interview with Louder Sound last year, Bruce Dickinson opened up about his relationship with Steven Harris. As expected, his choice of words was questionable since he said his bandmate has a ruthless attitude for a mild-mannered and shy person. Furthermore, the singer said that Harris has a very headstrong personality, like himself, which is the main problem.

During the interview, Dickinson said:

“Steve is extremely determined and for a mild-mannered, shy sort of chap offstage, he’s got quite a ruthless streak in him. Not in a bad way or an exploitative way, but he’ll go, ‘This is not working and there’s no way around it…’ He can be very, very stubborn and, of course, so can I! Hahaha!”

They have been working together for decades now, but it seems like they are still insisting on their ideas and opinions about Iron Maiden. The only thing they seemed to learn is to keep the tension a little lower if they want to keep on being bandmates. Their fans are happy to have them both in the band since it’s no secret that they do wonders musically but not so much personally.