When Axl Rose Was Scared Of Being Murdered

Axl Rose has gained a reputation for various reasons, such as his energetic stage performances, five-octave vocal range, and songwriting skills. However, he’s also known as the rock scene’s biggest troublemaker, as he’s started a riot and gotten Guns N’ Roses kicked out of St. Louis, attacked his neighbor with a bottle, and started feuds with several musicians.

While his actions may lead to the assumption that he was a reckless person who was only interested in enjoying life and having everything his way, there was a time when Axl feared for his life. As for the reason, it is closely related to Guns N’ Roses’ controversial song ‘One In A Million,’ which Rose had defended.

What Is Wrong With Guns N’ Roses’ ‘One In A Million’? ‘One In A Million‘ was featured in Guns N’ Roses’ second album, ‘G N’ R Lies,’ released in November 1988. It was written by Axl Rose, who said that he was inspired by his early days in Los Angeles, specifically getting hustled in a Greyhound bus station on his first day. While some have enjoyed the well-known song, others have slammed it as overtly racist and homophobic.

The lyrics, ‘Police and n*ggers, that’s right / Get outta my way,’ and ‘Immigrants and faggots / They make no sense to me / They come to our country / And think they’ll do as they please / Like start some mini-Iran / Or spread some fucking disease’ received a lot of negative reactions. Axl was criticized for using racial and homophobic slurs, while his statements about immigrants are borderline hate speech.

Steven Adler recalled his reaction to ‘One in a Million’ while speaking to Spin in 1999:

“When I first heard ‘One in a Million,’ I asked Axl, ‘What the f*ck? Is this necessary?’ He just said, ‘Yeah, it’s necessary. I’m letting my feelings out.'”

While Axl defended his song and said that he doesn’t like being told what he can or cannot say, his bandmate Steven Adler confirmed that he felt highly uncomfortable with the song’s lyrics. However, when he asked Rose if it’s ‘necessary’ that they record this song, and the frontman said that it is since he’s letting his feelings out. 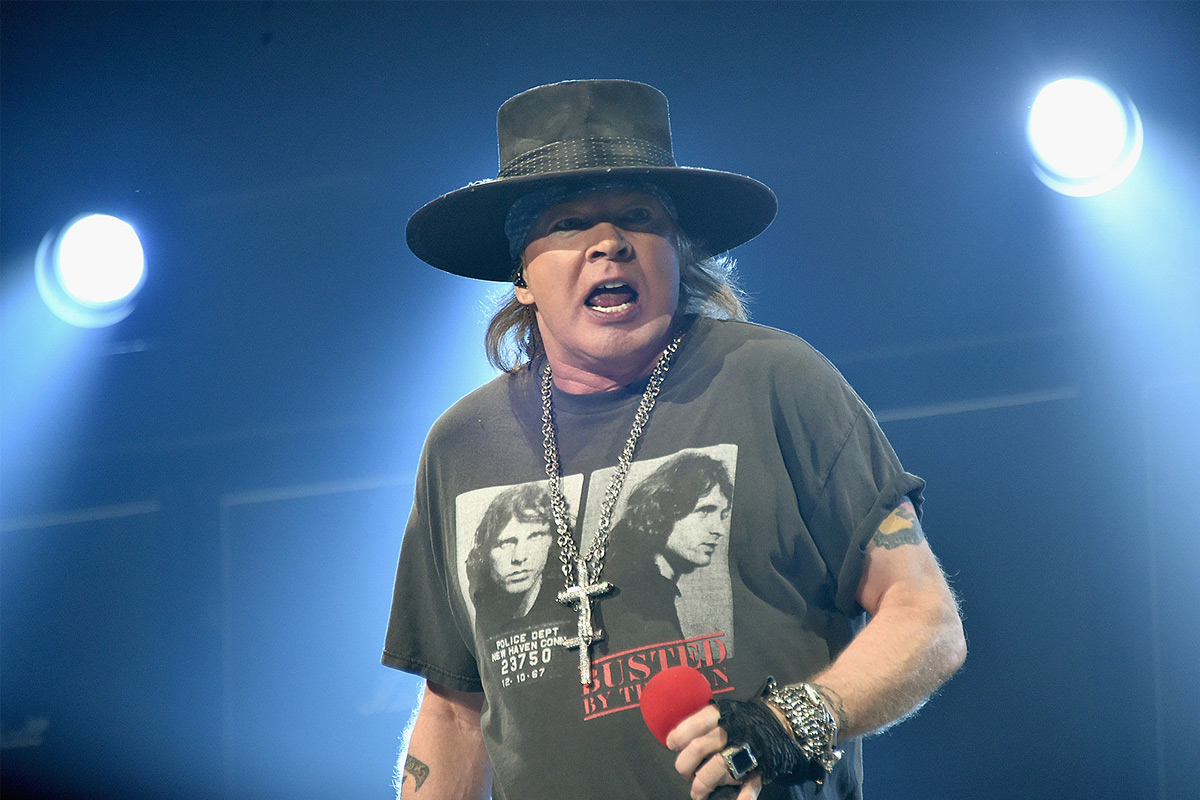 Although it seemed like Axl Rose didn’t care about how people felt about his offensive lyrics, he was aware that they pushed some people’s buttons. In August 1989, Guns N’ Roses and Living Colour were booked as Rolling Stones’ opening acts at the Los Angeles Coliseum. There was a rumor that Living Colour frontman Vernon Reid would criticize Axl’s racist and homophobic lyrics on stage.

GN’R was taken to the other side of the backstage area, and they were separated from Living Colour with an army of security. Axl started getting more and more paranoid about the hate that he was receiving. The band’s former personal assistant recalled that Rose was determined someone was going to kill him.

However, when Colleen Combs addressed his racist and homophobic slurs on stage, Axl refused to back off decided to step up his game. Thus, when he entered the stage and asked Steven Adler to play ‘Mr. Brownstone,’ which was also criticized for its racial implications and description of drug abuse.

Vernon Reid chimed in and said:

“We went out with a mission–I think that was true of all three bands. I made a statement about ‘One in a Million’ onstage, and I remember afterward Keith Richards made it a point to come over to the dressing room and shake my hand.

The first show was a little weird. Onstage, Axl said that it might be the last Guns N’ Roses show because ‘There are too many people in this band dancing with ‘Mr. Brownstone.’ He was real pissed.”

Even though Axl Rose was terrified and believed that someone would kill him, he didn’t back down from this fight. The musician supported his right to express his thoughts and feeling regardless of whether it offends or angers people. While his attitude drew many fans away from the band, some supported his stance.