If there’s one rockstar that is known to be the biggest troublemaker in the rock scene, that’s definitely Axl Rose. He’s offended millions with his statements, he’s started riots and gotten Guns N’ Roses kicked out of St. Louis, and many more. Aside from being a troublemaker on the scene, he’s also been one off stage.

Bearing in mind the crazy lifestyle that the band members led and all their backstage antics should give an idea of how it would be live near Axl. Everything would probably be fine if his neighbor was patient and very easy-going but as the legend has it, they were an ‘obsessed fan’ who was an equally big troublemaker which led to some problems.

Did Axl Rose Hit His Neighbor With A Bottle? 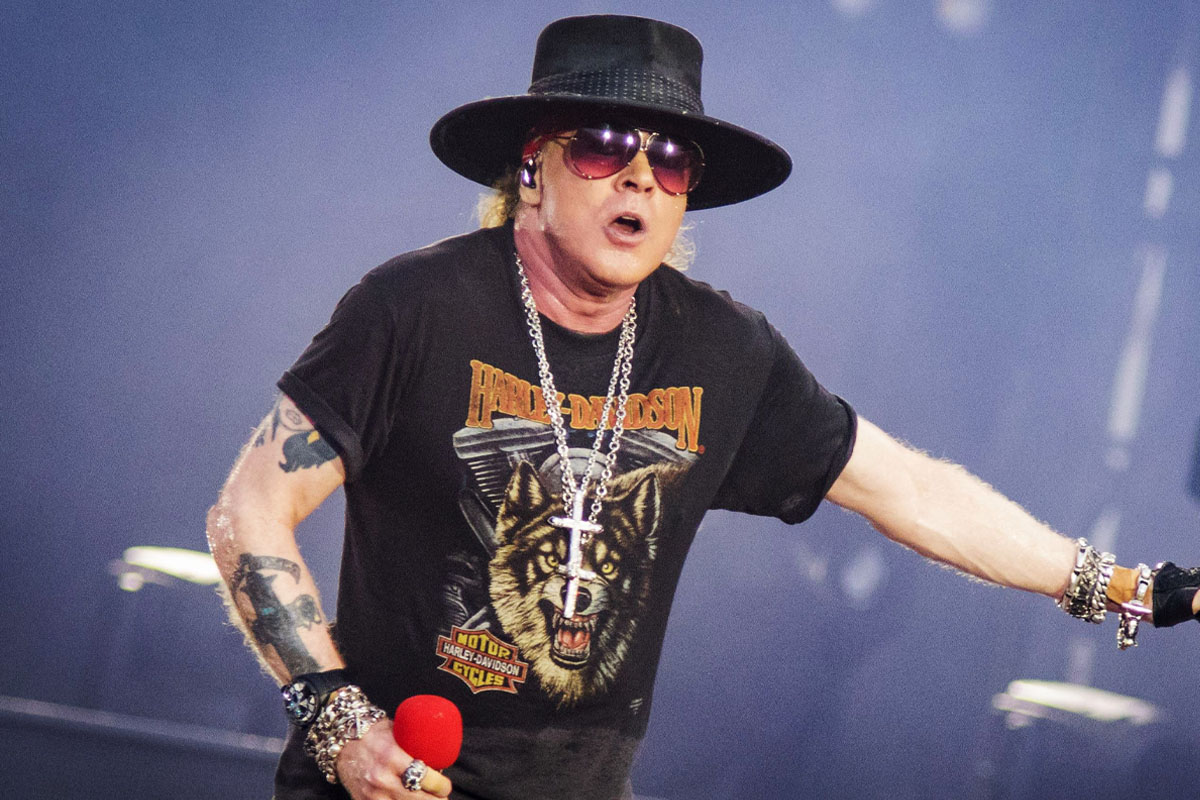 The answer is the same no matter who you ask; yes he did. However, while Axl Rose claims it was self-defense and blames his neighbor, the opposing party argues that the rockstar was wasted and aggressive. Everything started on October 30, 1990, when Axl Rose’s neighbor Gabriella Cantor called the police and accused the rockstar of assaulting her with a piece of chicken and wine bottle.

Kantor spoke to People magazine and said that as a result of the assault she started suffering from ‘post-concussive syndrome‘ and that she had started experiencing headaches. Rose was arrested for investigation of assault and spent four hours in jail but was released on $5,000. Following that, he also spoke to People magazine and dismissed Gabriella’s allegations as false.

Here’s what Axl Rose said during the interview:

“Frankly, if I was going to hit her with a wine bottle, she wouldn’t have gotten up. I would have become a criminal at that point, wondering what I was going to do next to not get busted over the quivering body in my hallway.”

Rose claimed that Kantor was not an easy-going neighbor but rather an ‘obsessed fan‘ who couldn’t take no for an answer. The GN’R frontman claimed that the fight started when Kantor started shouting in the shared hallway between their apartments. He went out to confront her and she started approaching him aggressively holding a wine bottle.

He grabbed the bottle and then she threw her keys in his house which he rushed to get and then threw them off his balcony. Axl Rose said that he didn’t hit her at any point and ultimately, the court sided with him due to lack of evidence, and the deputy D.A. stated that it doesn’t seem like she was hit with a wine bottle.