What Is Lzzy Hale’s Net Worth In 2021? Is She One Of The Richest Female Rock Stars In The World?

Halestorm the lead singer and rhythm guitarist, Lzzy Hale was considered as one of the most famous and successful frontwomen with her remarkable voice and talent in playing guitar. With the help of her successful professional career in Halestorm, Lzzy Hale’s great fortune has been drawing great attention of her fans for a long time.

Halestorm was founded by Lzzy Hale as the lead singer and rhythm guitarist and his brother, Arejay Hale as the drummer and percussionist in 1997. The Hale siblings started to write their own lyrics and play different instruments in their childhood. They were teenage musicians when they formed Halestorm. In 2003, Joe Hettinger became the bassist and until recruiting Josh Smith, their father, Roger Hale was on the basses. 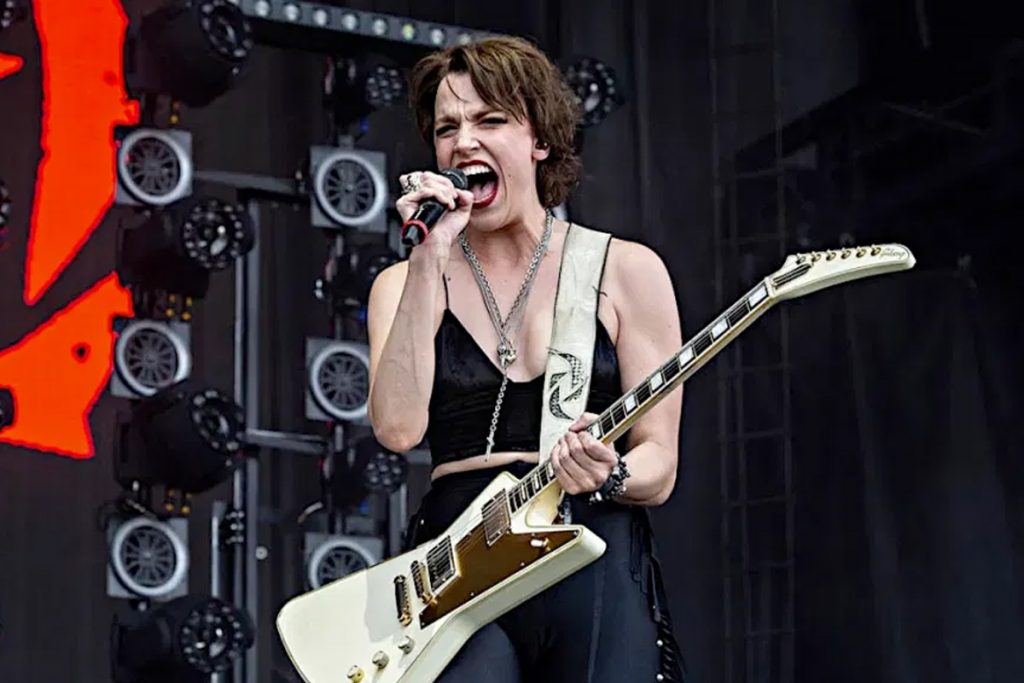 Owing to starting her professional musical career at a very young age, Lzzy Hale is currently one of the richest female rock stars with having a $2 million dollars net worth. She is the co-founder and frontwoman of the iconic rock band, Halestorm. The band released their first live EP, ‘One and Done’ on April 28, 2006. It was followed by their debut studio album, ‘Halestorm’ on April 28, 2009, which reached number 40 on the Billboard 200.

The worldwide popularity and success came with their second studio album entitled ‘The Strange Case Of… ‘ which was released on April 10, 2012. The album’s song, ‘Love Bites (So Do I)’ won a Grammy award. Halestorm released their third studio album, ‘Into the Wild Life’ on April 3, 2015, and the latest album of the band, ‘Vicious’ was released on July 27, 2018.

Apart from her remarkable career in Halestorm, Lzzy Hale also gained great popularity with her collaborations with different artists such as Lindsey Stirling’s ‘Shatter Me,’ Machine Gun Kelly’s ‘Spotlight,’ Dream Theater’s ‘Our New World,’ and Evanescence’s ‘Use My Voice.’ As it can be understood from her successful projects, it wasn’t surprising that she was one of the richest female rock stars.