In a recent interview with News in 24, Black Sabbath lead guitarist Tony Iommi shared his ideas on the cover art of their iconic album ‘Sabotage’ and he revealed that the band’s frontman Ozzy Osbourne was just performing the songs of Black Sabbath without knowing the meanings of them.

As you have already known, Black Sabbath released its sixth studio album entitled ‘Sabotage’ on July 28, 1975. Most of the songs of the album such as ‘Symptom of the Universe,’ ‘Megalomania,’ and ‘The Thrill of It All’ became very popular and were listened to by millions of people around the world. Recently, Black Sabbath surprised their fans by releasing the super deluxe edition of ‘Sabotage’ on June 11, 2021.

In an interview he joined, Tony Iommi reflected his ideas on the album cover of ‘Sabotage’ while he was talking about the details of the album and its latest edition. He defined the album cover as terrible and abominable and he added they didn’t even know that was a cover photoshoot. The cover was actually a complete disaster that no one could forget according to Tony.

Iommi also talked about the lyrics of the popular songs from the album and revealed an interesting detail about their meanings. Apparently, the band’s lead singer Ozzy Osbourne couldn’t understand what the lyrics of Black Sabbath songs were about. Tony stated that Ozzy would come to the studio and when Geezer Butler gave him the lyrics, he would ask the meaning of them since he couldn’t understand them at all. In one of his previous interviews, Osbourne admitted that he still didn’t know the exact meanings of the lyrics.

Iommi stated in the interview that:

“I agree! She is abominable! We didn’t know it was a cover photoshoot. We were just told, you have pictures to take today.

No one was well dressed, especially not Bill Ward, who wore terrible pants. He asked his wife if he could borrow pantyhose from her! And it ended up on a record cover. A real disaster!

Yes, it could have happened! Sometimes in the studio, Geezer would give the lyrics to Ozzy, and look at him and say uh, what is it about?“

You can see the cover of the album below. 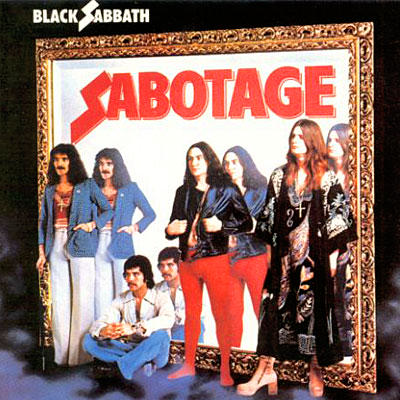