Finding a muse or inspiration is essential for artists, and sometimes a muse can be a memory, object, or person that greatly influenced them while working on their works of art. They reflect these things on their art, and most of them don’t forget to give credit to these influences in their projects or interviews that they joined.

Therefore, the moment they discover an iconic album can change their musical career remarkably for a musician. As instrumentalists and songwriters, they choose their genre, style, appearance, and the whole journey in the music industry by taking their predecessors as examples. In Yngwie Malmsteen‘s case, listening to a Van Halen song immensely contributed to his musicianship. 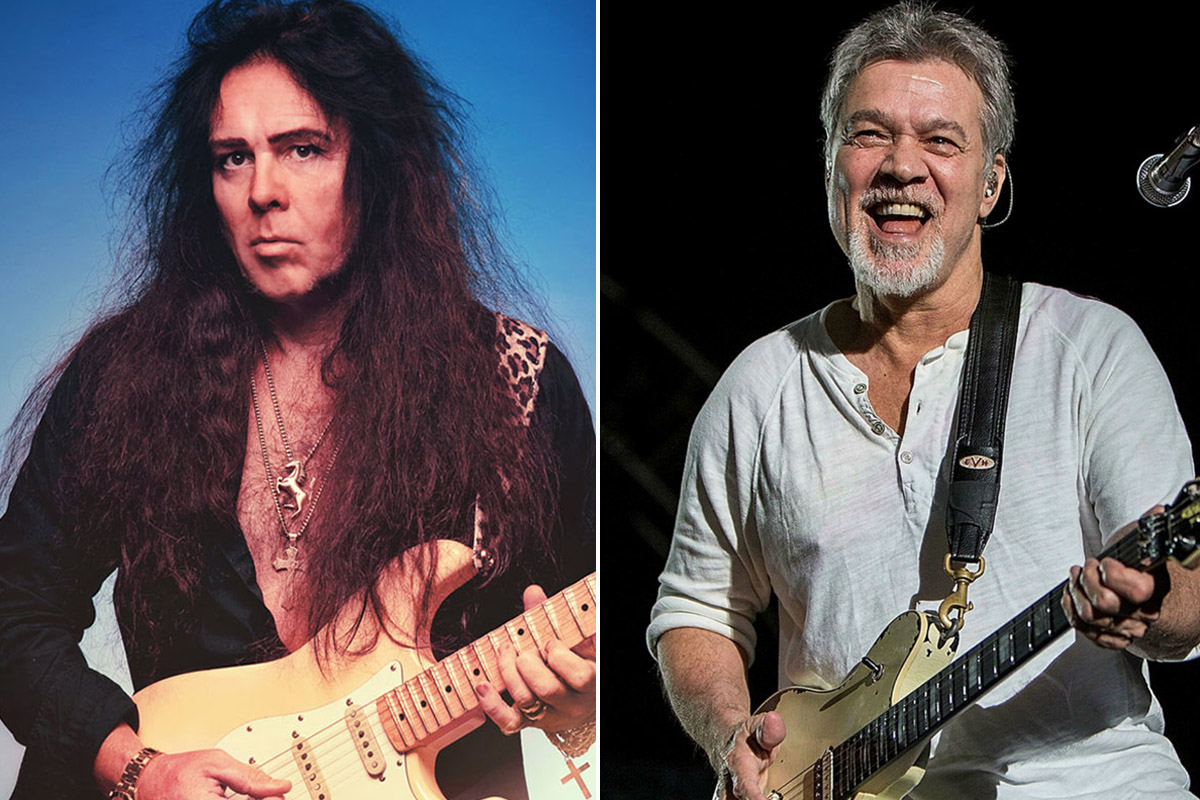 The album’s songs ‘Runnin’ with the Devil,’ ‘Eruption,’ ‘You Really Got Me,’ and ‘Ain’t Talkin’ ‘Bout Love’ were very popular among rock music lovers, metalheads, and music critics. The band’s founder and guitarist, Eddie Van Halen, gained great fame and became considered one of the most talented guitarists that had an outstanding contribution to the next generation of guitar players worldwide.

One of those guitarists was Yngwie Malmsteen, who put himself on the same list as the late Van Halen legend with his career. The famous guitarist stated that ‘Ain’t Talkin’ ‘Bout Love’ was his favorite Van Halen song that he used as a yardstick during the creation process of his sounds. According to Malmsteen, if he can create something good as this song, it will be worth working on it for a long time.

In Malmsteen’s words, he said:

“My favorite song is probably ‘Ain’t Talkin’ ‘Bout Love.’ I used that sound as the yardstick for so many years. I would listen to that and go, ‘If I can get a sound that good, I know I have a good sound.’ The riff is just ridiculous, but overall it was the whole ‘turn your shit up and go for it’ thing that got to me about Eddie. The impact he had on me was unbelievable. On all of us. It’s just crazy.”

Malmsteen continued to share his ideas about Eddie’s crazy style, stating that it had an incredible impact on his career, but he was bold enough to create his style. Though people compared him to Eddie Van Halen, Malmsteen drew attention to his unique guitar playing, even though he learned a lot of things from Van Halen.