Rage Against the Machine (RATM) is one of the most well-known rock bands and it was formed in 1991 by vocalist Zack de la Rocha, guitarist Tom Morello, bassist and backing vocalist Tim Commerford, and drummer Brad Wilk. The band is known for their unique sound and revolutionary political views which they reflect through their lyrics.

However, the band is also known for its drama which reached its peak at the beginning of the 2000s when the increasing tensions between the band members led the band’s lead vocalist Zack de la Rocha to quit. The rumors had already begun spreading before his departure and there’s that one performance that signaled that something’s just not right.

Was It Rage Against The Machine’s Last Show Together? 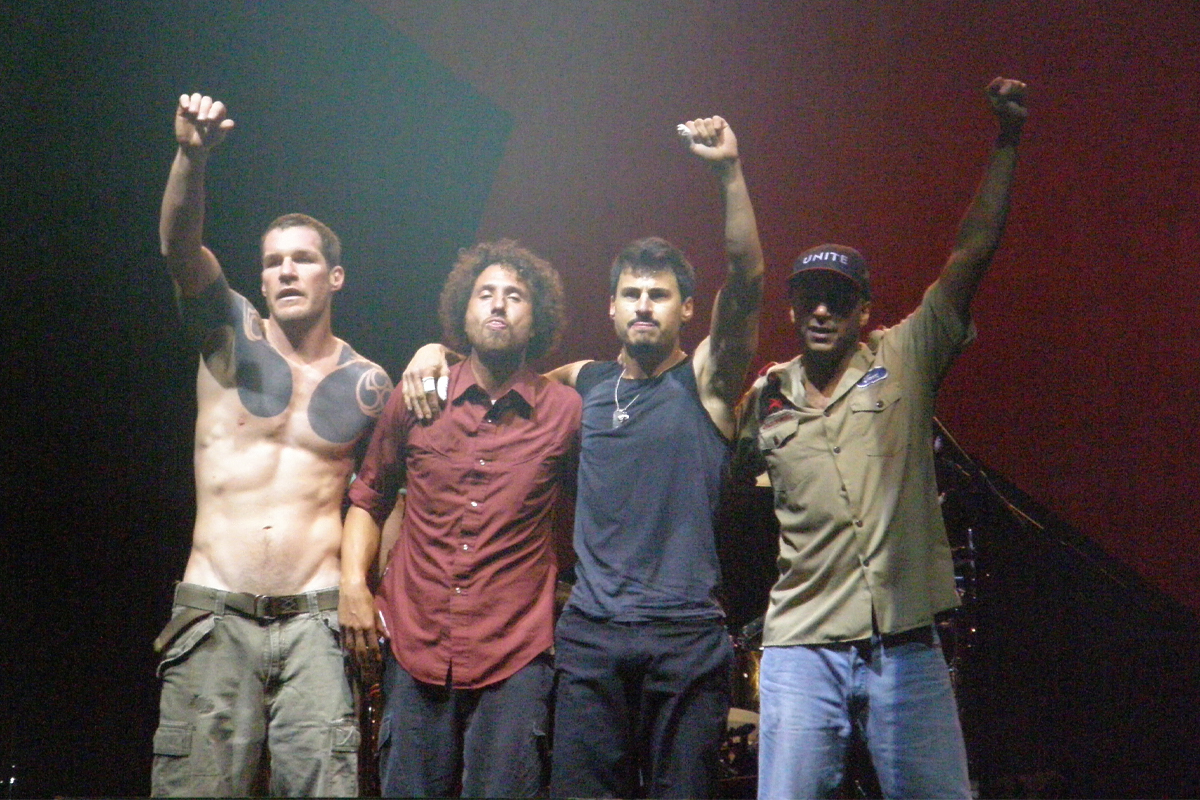 On September 12, 2000, Rage Against the Machine was performing at Los Angeles’ Grand Olympic Auditorium and they were, as always, energetic and filled with passion. Nonetheless, there was a strange feeling too due to the ongoing rumors considering the tensions within the band and there were some who believed this was one of their last shows.

At the end of the show, the band members met at the front of the stage and happily bid farewell to their devoted fans. This increased their fans’ hope that the band members had resolved all their problems and they were now back on track to continue rocking as they had been doing for almost a decade.

Although everything seemed fine, Zack dropped the bombshell that he was leaving only 6 weeks after that. In his announcement, he said that he was leaving the band that he fronted for nine years due to creative differences and because their ‘decision-making process has completely failed’ to the point that working together doesn’t meet ‘the aspirations of all four’ of them anymore.

“I feel that it is now necessary to leave Rage because our decision-making process has completely failed. It is no longer meeting the aspirations of all four of us collectively, as a band, and from my perspective has undermined our artistic and political ideal.

I am extremely proud of our work, both as activists and musicians, as well as indebted and grateful to every person who has expressed solidarity and shared this incredible experience with us.”

Soon after this announcement, Tom Morello gave an interview and revealed some unknown sides to this story. He said that Zack called him on the morning of that press release and that they talked about it.

He added that most people don’t know this but Zack was going to take around two years off anyway. Thus, his move did come as a surprise but it didn’t have a huge impact on the rest of the members as they were already making plans without him.

Here’s what Tom Morello said during the interview:

“Zack called me the morning that the press release was issued. One thing that might not be clearly understood is that we were in a period where he was planning to take 18 months to two years off. He wasn’t planning on writing another Rage song or playing another Rage show until 2003.

So, as far as it did come as a surprise, in our daily schedule it didn’t have a huge impact on the rest of us. I was disappointed that, come 2003, we wouldn’t be booking a world tour, but Tim, Brad, and I were planning to continue to work together and make new music. Those plans will continue.”