Probably one of the most unexpected rock collaborations in music history was the one between the rapper Jay-Z and the rock band Linkin Park, who came together to work on an EP in 2014.

It is known that rock and hip-hop are considered by many as two different genres which do not share any common elements. However, when blended successfully, the outcome of the fusion of two genres might be pleasant to the ears, a point proven by the collaboration of Linkin Park and Jay-Z.

Did Linkin Park And Jay-Z Create An Album Together? 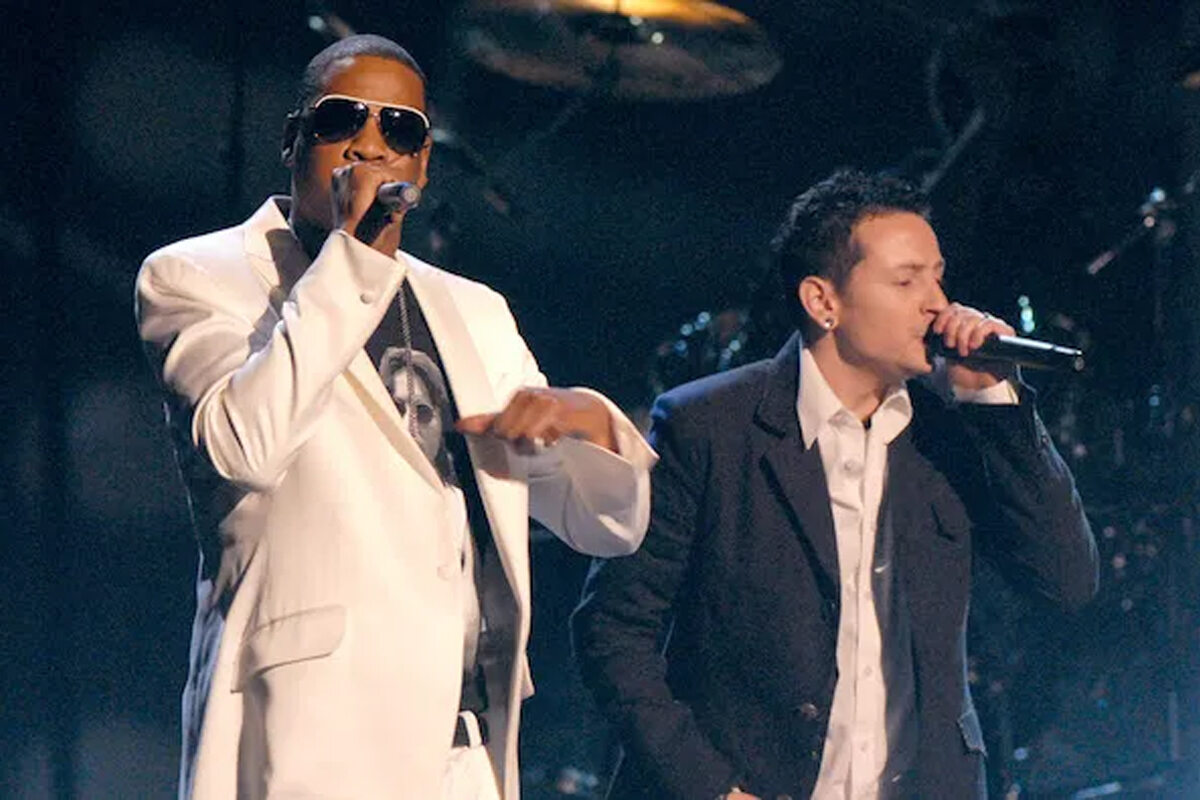 Considered as one of the first rock and rap fusions, the collaborative remix EP ‘Collision Course’ was released in 2004. It sold over 1 million copies in the U.S., and was well-received by both fans and critics. The album featured songs from Linkin Park’s ‘Hybrid Theory’ and ‘Meteora’ albums along with tracks from Jay-Z’s ‘The Black Album,’ ‘Vol. 3: Life and Times of S. Carter,’ ‘Vol. 2… Hard Knock Life,’ and ‘The Blueprint.’

Featuring mashups of Jay-Z’s and Linkin Park’s tracks, the successful album’s sole single ‘Numb/Encore’ received a Grammy Award for Best Rap/Sung Collaboration. The song was performed live at the Grammy Award Ceremony by the pair, their first appearance after performing on Live 8’s stage to a global audience in Philadelphia.

Recorded between July 16 and July 19, the album’s production was mostly in the hands of Mike Shinoda and Jay-Z. It is known that the inspiration for the collaboration was Danger Mouse’s mash-up album between Jay-Z and The Beatles, titled ‘The Grey Album.’ Although it received mixed reviews from critics, the album was a commercial success. According to a review by K.B. Tindal of HiphopDX, the project marked a passageway for artists who were courageous to be different and try new things.

‘Collision Course’ was also Jay-Z’s eighth U.S. number one album and Linkin Park’s second. Apart from that, the album became the first EP to top the U.S. Billboard 200 chart since 1994’s ‘Jar Of Flies’ by Alice In Chains. Having sold nearly 2 million copies in the U.S as of August 2009, the EP was certified double platinum by the Recording Industry Association Of America on August 15, 2017.

The album’s Grammy-winning single ‘Numb/Encore’ is below for you to check out.