Deep Purple is one of the bands that went through many lineup changes and dramas but managed to make it to 2021 with only Ian Paice, the drummer, remaining as the constant member. The band helped many well-known musicians attract attention and continue their careers in other bands or flew them off to the music industry as solo artists.

David Coverdale was one of the most memorable singers of the band. He joined in 1973 to replace Ian Gillan and left in 1976 after the departure of the founding member and guitarist, Ritchie Blackmore. Coverdale had a special relationship with Blackmore and considered him the backbone of the band. Later, when the band was inducted into the Rock and Roll Hall of Fame, Coverdale stood up to its current management’s rude behavior towards Blackmore since they didn’t invite him to the ceremony.

After his departure, the band had to find a new guitarist to replace Blackmore. Coverdale had an impact on the decision. The band eventually chose Tommy Bolin, but there were two more candidates they took into consideration before the final decision. When Blackmore decided to leave and focus on his new band Rainbow, Deep Purple had a meeting without Blackmore and tried to choose between the candidates.

Who Were The Candidates?

Coverdale revealed these candidates in an interview with Braveworlds in 2020. He stated that he recommended Jeff Beck, Rory Gallagher, and Tommy Bolin. However, he was most impressed by Bolin, and they tracked him down to jam with him to see if he was fit for the band.

Around that time, Jeff Beck was already a well-known guitarist who made a name with The Yardbirds and was praised for integrating the blues and jazz genre to rock and roll. Rory Gallagher was an Irish guitarist who is best known for his band Taste and solo work. He sold over 20 million albums worldwide but unfortunately passed away due to liver complications in 1995.

Here is what Coverdale stated in his interview in 2020:

“When Ritchie Blackmore decided to go [from Deep Purple], Ritchie had invited me to go with him to do the Rainbow project. But I felt uncomfortable about it – I didn’t think it was appropriate. And that’s what led to some abrasive aspects of Ritchie’s and my relationship for a while, unfortunately.

When we had a meeting without Ritchie, my recommendations were number one, Jeff Beck, number two, Rory Gallagher, and number three, this guy called Tommy Bolin, which no one had really heard about. I’d heard Tommy Bolin on the Spectrum album by Billy Cobham, and I’d heard him on Alphonse Mouzon’s album, Mind Transplant. I was really impressed with this work, and I had no idea if he was a 70-year-old African American – I had no idea.”

How Did They Decide On Tommy Bolin? 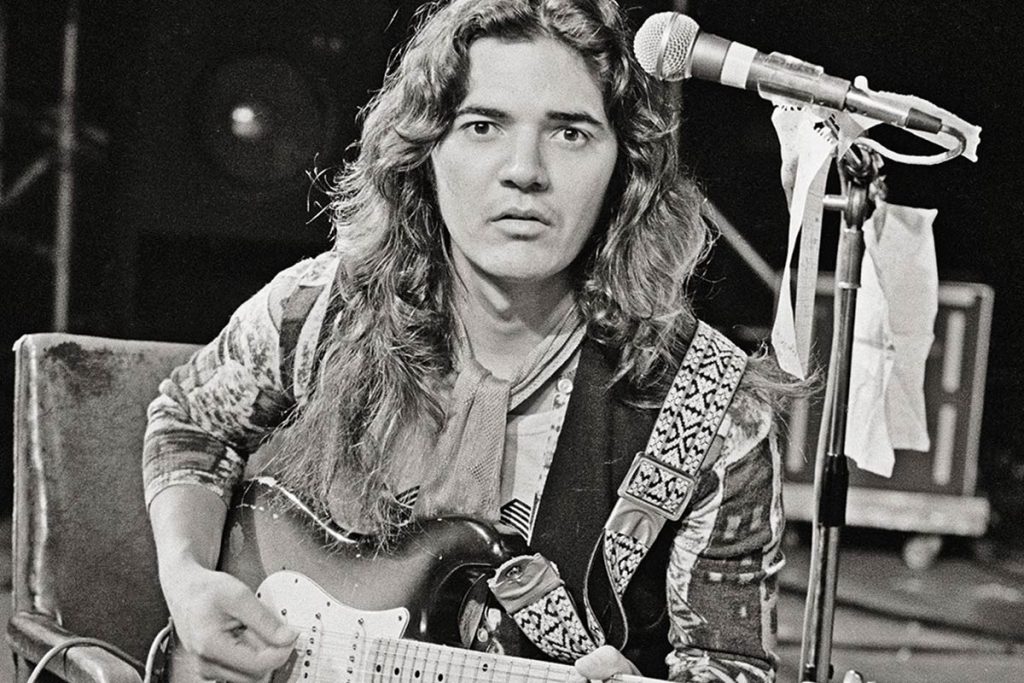 Coverdale was familiar with Bolin’s music but didn’t know what he looked like. After the band decided to go with Bolin instead of Beck and Gallagher, they met him in person. Against all odds, the guitarist amazed all the band members and left a remarkable first impression. Coverdale stated that Bolin had a unique style of fashion.

“So everyone went, ‘Oh wow, he’s pretty good!’ So we sent the word out. Now at that time, Purple was this huge global entity – one of ‘the rock ‘n’ roll aristocratic bands,’ before the market was so oversaturated, as it is now. Even we couldn’t find out where he was. And we found him a few miles down the road from where I used to live in Malibu – he was living there.

We arranged for him to come down and jam with us. This guy walks in with multi-colored hair, a lime-green Arabian knight. They weren’t trousers, they were like pre-Steven Tyler floating pants. And on a four or five-inch sole platform. They weren’t platform shoes, they were kind of platform sandals!”

Bolin contributed to the band with his unique style, different from Ritchie Blackmore, but still by playing Blackmore’s solos. He was also interested in making a solo album, but this was put on hold because he joined Deep Purple. However, the band disbanded in 1976, which allowed him to pursue his career with The Tommy Bolin Band. He, unfortunately, passed away within the same year following an alcohol and drug overdose.