Fleetwood Mac’s talented songwriter and singer Stevie Nicks has been the protagonist of numerous exciting stories in the rock scene. The successful musician who is famous for her unique voice, poetic and symbolic lyrics, and mystical stage persona, has had the chance to meet and collaborate with some iconic musicians, such as Prince.

The iconic duo became friends back in the ’80s when Stevie Nicks was inspired by Prince’s song ‘Little Ted Corvette‘ and penned her own song ‘Stand Back.’ This song came to be known as the starting point of a friendship characterized by musical creativity and mutual respect and love.

Did Stevie Nicks And Prince Write Stand Back Together? 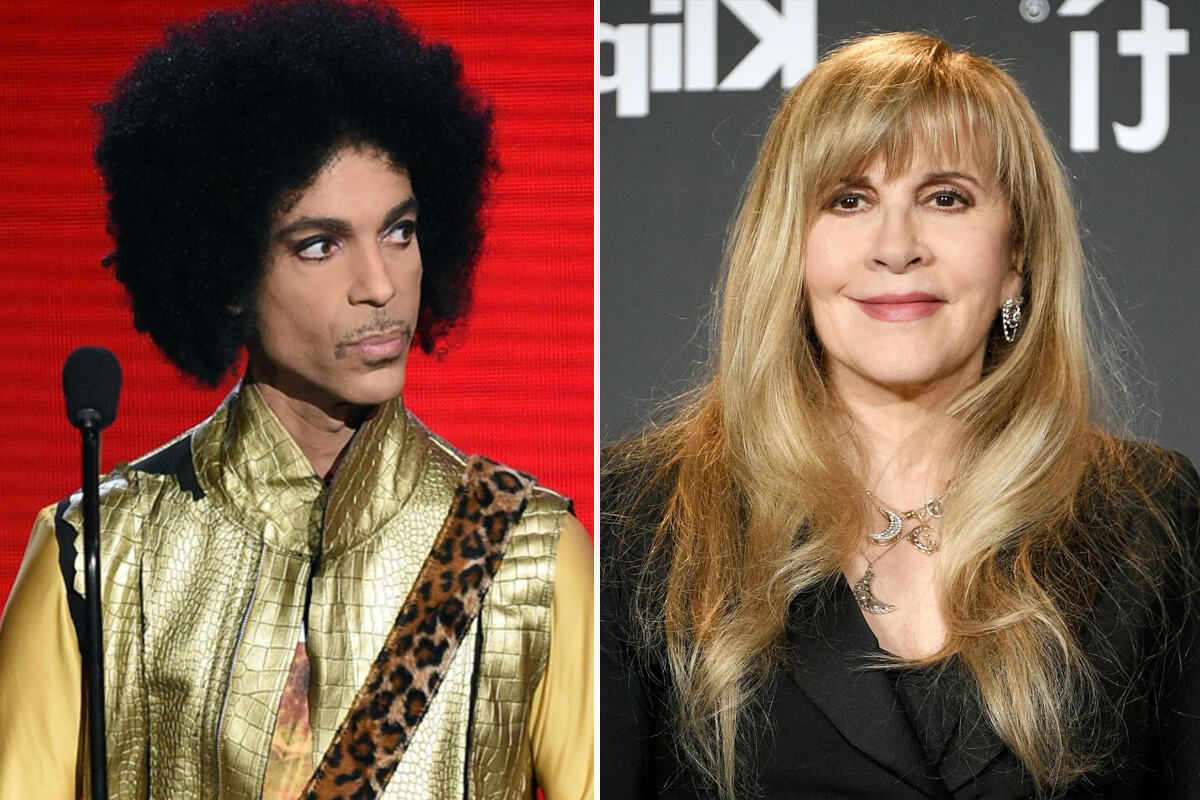 The answer to this question is no. It was Stevie Nicks who wrote the song but she was inspired by Prince’s ‘Little Red Covette.’ While Nicks was traveling by car with Kim Anderson on the day of their wedding, she heard Prince’s track on the radio. Stevie started humming along to the melody and the newlyweds decided to stop to get a tape recorder so that they can work on the demo of the song.

When they came back from their honeymoon, Stevie Nicks went into the studio to record the track and decided to call Prince and tell him the story. To her surprise, the rockstar joined her in the studio and played synthesizers on it and then he just got up and left which left Stevie questioning whether it was all just a dream.

Why Did Stevie Nicks Turn Down Prince’s Offer To Write Purple Rain?

Prince’s contribution to ‘Stand Back’ became the starting point of their friendship. Prince was excited to see that his friendship with Stevie was pushing them to be more creative and make new music. As he was in awe of her songwriting skills, one day Prince decided to send her a cassette tape featuring a 10-minute instrumental version of ‘Purple Rain.’

In an interview with the Minneapolis Star Tribune, Stevie Nicks said:

“It was so overwhelming. I listened to it and I just got scared. I called him back and said, ‘I can’t do it. I wish I could. It’s too much for me.’ I’m so glad that I didn’t, because he wrote it, and it became ‘Purple Rain.'”

Although many of you might think that she should have jumped at this chance, it would be a little too much for anyone. Prince had asked her to write the lyrics to the song but she didn’t know where to start and felt overwhelmed and scared. Thus, she called Prince back and told him that this is a masterpiece and that she feels it’s too much for her.