If there’s one thing that every Mötley Crüe member is known for, that is their extravagant lifestyle that reflected the ultimate rock star experience such as endless partying which brought drugs along with it. While it was pretty common for a rock star to be addicted to drugs and alcohol back in the day, it’s fair to say that bassist Nikki Sixx was in love with drugs and it was an escape for the musician to forget about his problematic and rather traumatic childhood.

Happily being sober for years now, Mötley Crüe’s bassist oftentimes opens up about his addiction to heroin to which he referred to as ‘true love’ in his autobiographical book, ‘The Heroin Diaries: A Year in the Life of a Shattered Rock Star.’ Unfortunately, the musician’s true love nearly caused his life to come to an end numerous times as he once declared clinically dead for two minutes. According to Nikki Sixx, it was paramedics who revived him, however, Steven Adler has a different story to tell. Let’s take a look into both versions of the story of how the bassist cheated death.

Nikki Sixx Was Declared Dead After He Overdosed

As many of you might know, Nikki Sixx stated that he approximately overdosed about half a dozen times as his addiction to heroin was on another level than his bandmates or any other musician for that matter. Despite experiencing overdose many times before, the musician actually died one time and luckily came back from being dead soon after.

During the infamous incident on December 23, 1987, the Mötley Crüe bassist clinically died for two minutes before a paramedic revived him with two syringes full of adrenaline. On the bright side, the mind-blowing overdose encouraged all Mötley Crüe members to question their relationship with any kind of substance as well as helping them to live a sober life. 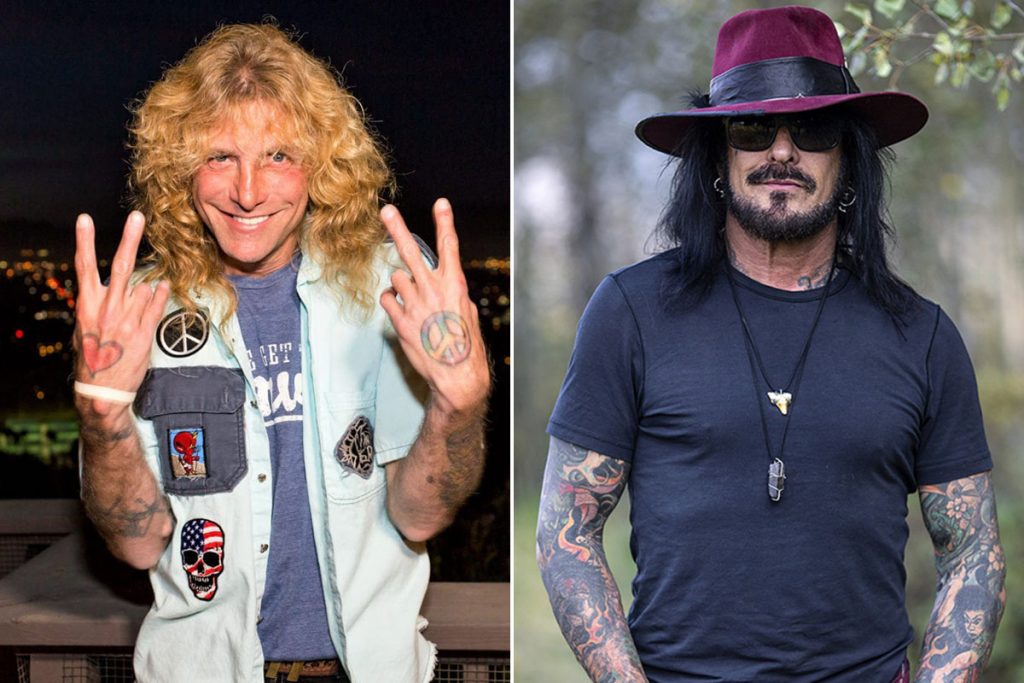 Despite the fact that every source of information states it was paramedics who brought Nikki Sixx back to live with adrenalin, former Guns N’ Roses drummer Steven Adler stated that it wasn’t the emergency medical technicians who saved the musician when the bassist overdosed in 1987.

During an interview with Triple M on May 11, 2018, Steven Adler actually claimed to save Nikki Sixx in the hotel room he overdosed before the paramedics arrived. According to his statement, Adler dragged Sixx into the shower with his broken hand on which there was a cast. After showering the musician with cold water, Adler slapped him in the face with his cast which resulted in Sixx waking up.

Former Guns N’ Roses drummer stated that Nikki Sixx had a pulse when the paramedics came and started giving him chest compression, not shots of adrenalin like depicted in the biographical movie, ‘The Dirt,’ or in the Mötley Crüe song, ‘Kickstart My Heart.‘ While revealing his side of the story, the drummer stated that it’s okay to tell the story in a more dramatized way since it’s a perfect tool for entertainment purposes.

During the podcast, Steven Adler said:

“Sixx wrote it about the paramedics took that syringe and did that Pulp Fiction thing to him. But they didn’t do that. I dragged him into the shower with a broken hand and a cast on my hand. I rolled him in, put the cold water on him in the shower and I started slapping him in the face with my cast.

And the next thing you know, the purple in his face just disappeared. And then, right then, the paramedics came in and they grabbed him out of the shower like a rag doll, dropped him in the living room and they just pumped his chest with their hands. And that was it. But he got a hell of a good song out of it. It is entertainment, after all.”

Although two versions of the story are quite different from one another and every fan would choose the ‘Pulp Fiction’ version as it’s way more interesting and draws more attention. At the end of the day, fans are glad to know that Nikki Sixx didn’t remain dead regardless of the drama of the story, and it was a wake-up call for every member of the band.

You can watch the moment when Nikki Sixx overdosed in ‘The Dirt’ below.