The Rolling Stones guitarist Keith Richards once was arrested for substance possession which wasn’t unexpected for the legendary guitarist, however, he was miraculously saved by a fan named Rita Bedard who gathered countless people to the court as well as persuading the judge prior to Richards’ trial.

As many of you know, Keith Richards is widely known for being involved in scandalous incidents throughout his iconic music career such as cheating on death numerous times when he had a number of burning-to-death experiences, breaking his ribs, and the notorious snorting occurrence which involves Richards’ father’s ashes.

On top of facing death several times, the Rolling Stones guitarist has a reputation for his sincerity about substance abuse including heroin as well as illegal drug use which got him in trouble, especially during the late 1960s and 1970s, even been tried on drug-related charges five times.

Why Keith Richards Almost Got Arrested?

The most mesmerizing story about the iconic guitarist’s drug-related arrests must be the time when Keith Richards got away with a charge thanks to a devoted fan named Rita Bedard who came to rescue him with countless other fans to the court.

It all started when the iconic guitarist was traveling with then-girlfriend Anita Pallenberg to Canada, however, she had been arrested on her flight from London to Toronto with 10g of marijuana and a spoon containing traces of heroin on it which was enough for the Royal Canadian Mounted Police to raid of Richards’ room at the Harbour Castle Hilton, February 27th, 1977.

Keith Richards opened up about the time when police came to arrest him in his 2010 autobiography, ‘Life,’ however, they couldn’t manage to wake Richards up in order to arrest him which took a long time as they were dragging him out of his room and slapping Richards.

Here is what Keith Richards said:

“They couldn’t wake me. By law, you have to be conscious to be arrested. My memory of it is waking up and them going slap, slap, two Mounties dragging me about the room, slapping me. Trying to get me conscious.’’

How Richards Got Away With The Charges Thanks To A Fan 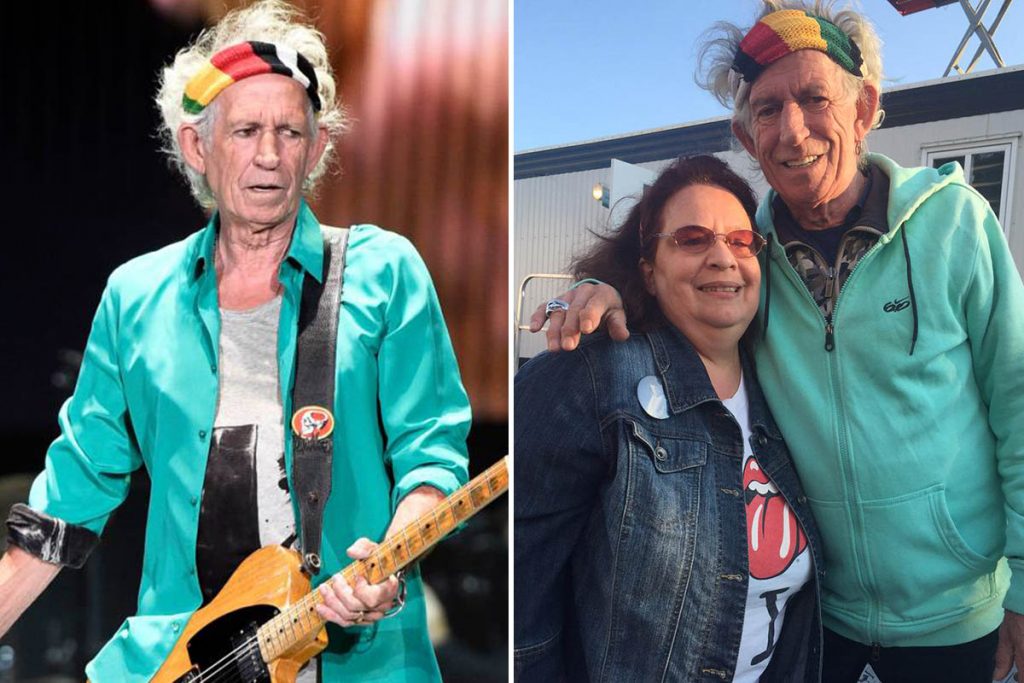 After succeeding in waking Keith Richards, the police found nearly an ounce of high-grade heroin in his room and later charged him with possession of heroin for the purposes of trafficking which would most likely send the iconic guitarist to jail.

That’s when the faithful fan Rita Bedard came to rescue Richards with masses of people to be at the court for every hearing and also spoke to the judge prior to Richards’ trial which resulted in Richards continuing with his drug therapy and giving a special performance at the Canadian National Institute for the Blind as an act of kindness.