The Story Of Anita Pallenberg, Keith Richards’ Muse And The Woman Who Shaped The Rolling Stones

The Rolling Stones found themselves a solid place in the music industry as one of the greatest musical acts of all time, who have millions of fans who would agree with this, on top of being one of the best-selling music artists of all time thanks to the estimated record sales of 240 million. However, it wasn’t only the band members who created their legacy, they had lead guitarist Keith Richards’ girlfriend and 1960s ‘it girl’ Anita Pallenberg to thank for her contributions to the band’s music as well as being the inspiration behind a number of Stones’ classic tracks.

Anita Pallenberg was a German-Italian actress, artist, model, and a style icon of the 1960s and 1970s, in addition to being credited as the muse of the Rolling Stones after having a romantic relationship with two members of the band, first with the founder Brian Jones, and later, from 1967 to 1980, with guitarist Keith Richards, with whom she had three children.

During her personal relationship with Richards, Pallenberg immensely contributed to the Rolling Stones music when it comes to her useful criticism that was respectfully taken into consideration by the band members in addition to helping with vocals in some tracks on top of being the ultimate source of inspiration. Let’s dive into the unique story of Anita Pallenberg, who dominated the Rolling Stones with her spirituality as well as creativity for years.

Keith Richards Was Deeply In Love With Anita Pallenberg 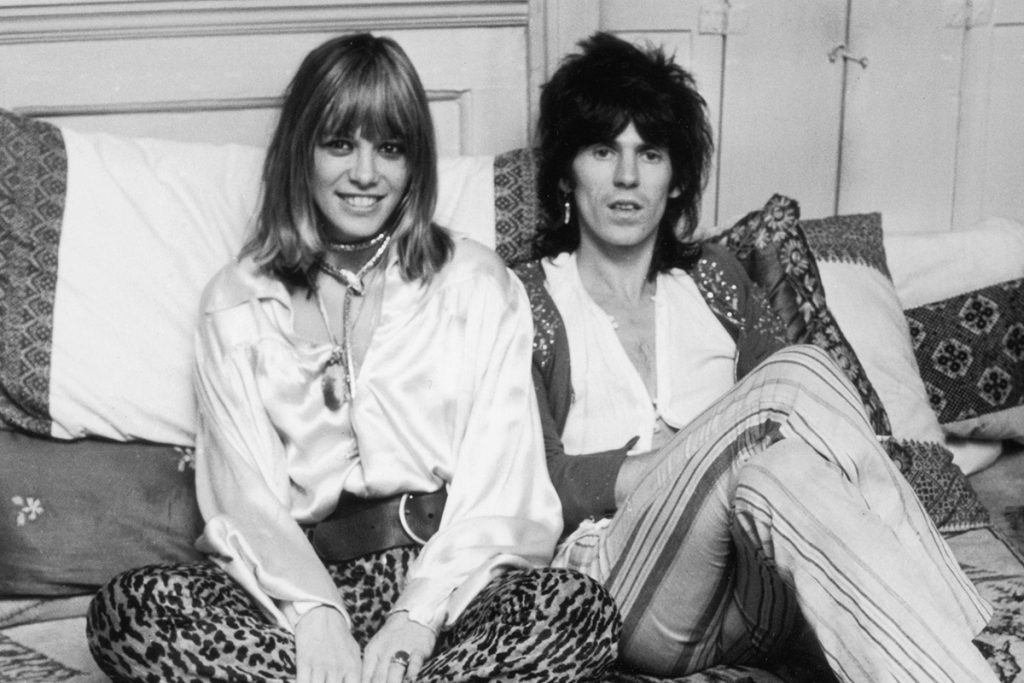 Anita Pallenberg first met the Rolling Stones in 1965 in Munich, where she was working on a modeling job and she started a friendship with the band members that later turned into a two-year relationship with Brian Jones with whom she ended the romantic affair after he became violent toward her during a vacation in Morocco, where he was then hospitalized and passed away in 1969.

In Morocco, Keith Richards witnessed his bandmate assaulting Pallenberg, therefore he took her back to England, where she moved in with him which resulted in a romantic relationship that lasted until 1980. During their relationship, the couple had three children a son named Marlon Leon Sundeep, a daughter Dandelion Angela, and a son Tara Jo Jo Gunne who passed away ten weeks after birth.

Throughout their relationship, it was Anita Pallenberg who raised their children while Keith Richards’ lifestyle was not conducive to fatherhood. On top of raising two children on her own, the couple’s substance addiction was getting in the way of their relationship, especially after Richards eventually was able to detox himself from drugs and stay clean, however, Pallenberg continued to use them. Their affair didn’t last any longer and the iconic couple broke up in 1981 although they were still very much in love with each other. 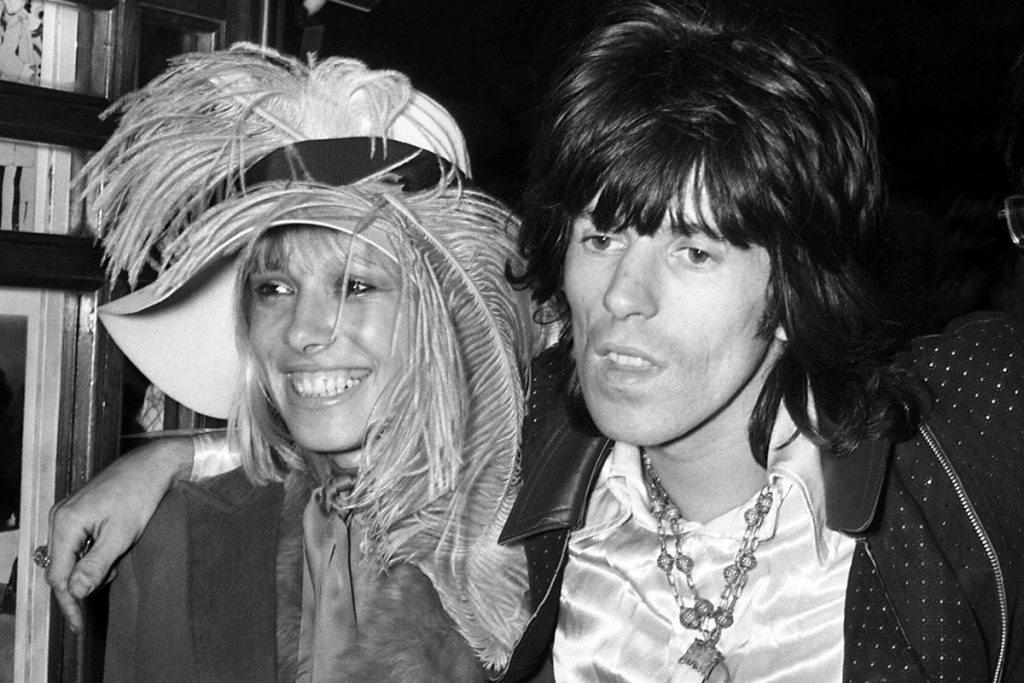 In addition to her personal affairs with the band members, Anita Pallenberg’s confidence, intelligence, and sophistication were caught the other members of the Rolling Stones’ attention, thus, she played an unusual role in the male-dominated world of rock music in the late 1960s, especially thanks to lead singer Mick Jagger who valued Anita’s opinions as well as letting her singing back vocals in a track, ‘Sympathy for the Devil.’

The people who were close to the Rolling Stones such as Keith Richrads’ bodyguard Tony Sanchez revealed that Pallenberg had peculiar spiritual practices that added more odd assets to her already existing charm. These practices included carrying garlic with her as a protection from vampires as well as having a strange mysterious old shaker for holy water.

In his own words, Tony Sanchez said:

“She was obsessed with black magic and began to carry a string of garlic with her everywhere — even to bed — to ward off vampires. She also had a strange mysterious old shaker for holy water which she used for some of her rituals. Her ceremonies became increasingly secret, and she warned me never to interrupt her when she was working on a spell.”

According to the band’s personal assistant Jo Bergman who worked with the Rolling Stones from 1967 to 1973, Keith Richards’ girlfriend was a member of the Rolling Stone mainly due to the fact that her influence was all over the band’s work, making their music wilder and gave courage to the band members to took a step further that ultimately brought success with it.

According to the Guardian, Jo Bergman said:

“Anita is a Rolling Stone. She, Mick, Keith, and Brian were the Rolling Stones. Her influence has been profound. She keeps things crazy.”

Regardless of how unusual she was with her personality and point of view to others, Anita Pallenberg managed to carve her name in the rock and roll world by influencing one of the greatest bands in music history as well as being the inspiration behind one of the greatest songs of all time, ‘Gimme Shelter’ which was released on 5 December 1969, thanks to Pallenberg being in Richards’ life.

You can listen to ‘Gimme Shelter’ below.