It’s incredibly usual for celebrities to meet other celebrities thanks to visiting common events such as award shows, a charity gathering, or even through a mutual friend. Although there are numerous unexpected friendships among musicians, his fans were still surprised to hear that former Nirvana drummer and current Foo Fighters frontman Dave Grohl has a friendship with a member of the British royal family, Prince Harry, Duke of Sussex.

Following their first meeting thanks to Prince Harry who wanted Foo Fighters to perform at an event that meant a great deal to him, everybody would expect Dave Grohl and Prince Harry to move on with their lives separately. However, the unusual pair actually started spending time together and it was Prince Harry who often visited the rocker to hang out together. Let’s see the details of the peculiar yet charmimg relationship of theirs together. 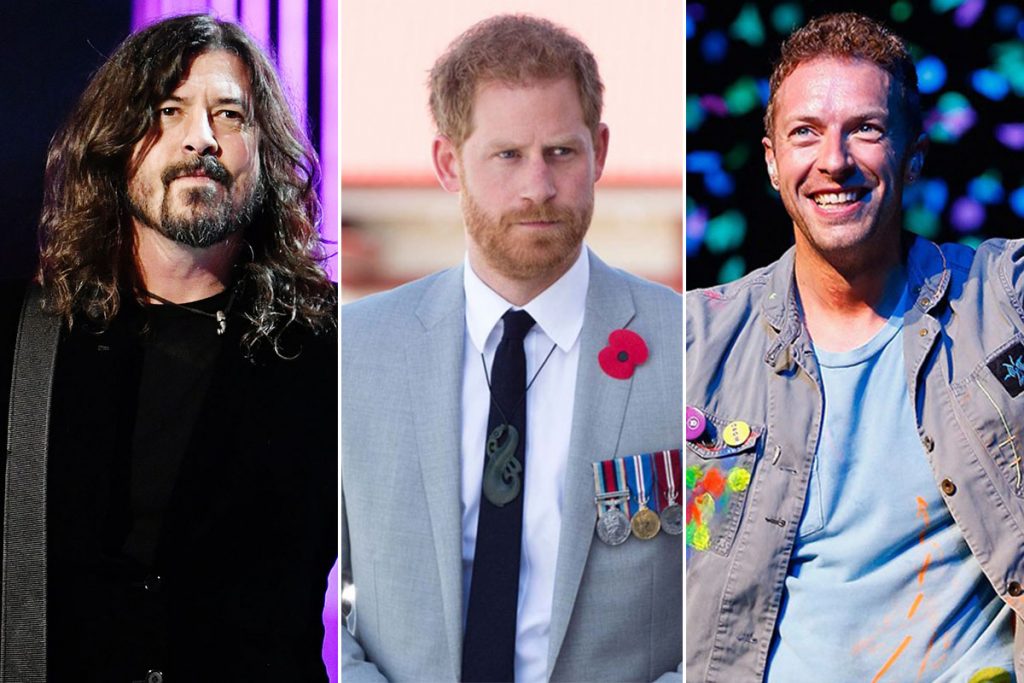 For those of you who may not know, Prince Harry founded the Invictus Games in 2014 which is an international sporting event for wounded, injured, and sick Servicemen and women, both serving and veterans. For the first Invictus Games which were held on 10–14 September 2014, there was a closing concert that included live performances from many musicians such as Foo Fighters.

During an interview following the Invictus Games, Dave Grohl was asked about the bromance he had with Prince Harry prior to the show and the rocker revealed how the two met in the first place. Apparently, it was Coldplay frontman Chris Martin who gave the phone number of Grohl to Harry after asking permission.

After having the phone number, Prince Harry called the Foo Fighters frontman to ask if his band would perform for the Invictus Games since all of his friends were a fan of the band including himself. Realizing that the band has a busy schedule, Grohl asked his manager if they can fit the ceremony into their calendar. Meanwhile, Harry kept on texting the musician every single day until he got the confirmation.

Following the closing ceremony of the Invictus Games as well prior to the event, the two had the opportunity to spend time together. According to Dave Grohl, Prince Harry was one of the nicest guys he has ever met and told a humorous story about the time when he first met him and didn’t know what to do.

“Chris from Coldplay texted me once and he said, ‘Is it okay if I give Prince Harry your phone number?’ I said yes so then Prince Harry texted me and said, ‘I’d like to talk to you about this show we’re putting on.’ So we talked on the phone about the Invictus Games.

He said some of his buddies really love the band, he’d really love us to come to play the closing ceremony at the Invictus thing. I said, ‘Okay, our schedule is really tight. Let me see what I can do.’ So I called my manager and I said let’s try to work it out and he texted me almost every day to say, ‘Are you going to play?’

So I finally called my manager, ‘Can we confirm the damn thing, Harry is testing me every day.’ So then once we did confirm and we came to meet him, he’s the nicest guy in the world. He did such a great thing for all those soldiers it was so great. But it was so funny because we didn’t know how to address him so I was like, ‘Hey man, what’s up dude!’ and the next person in the line was like, ‘Your highness!’ I didn’t know what to do but he was great.”

Despite the two seemed like they genuinely got along throughout the Invictus Games as the whole band met Prince Harry prior to the event, nobody would expect Dave Grohl and Prince Harry to become close friends and still see each other from time to time. 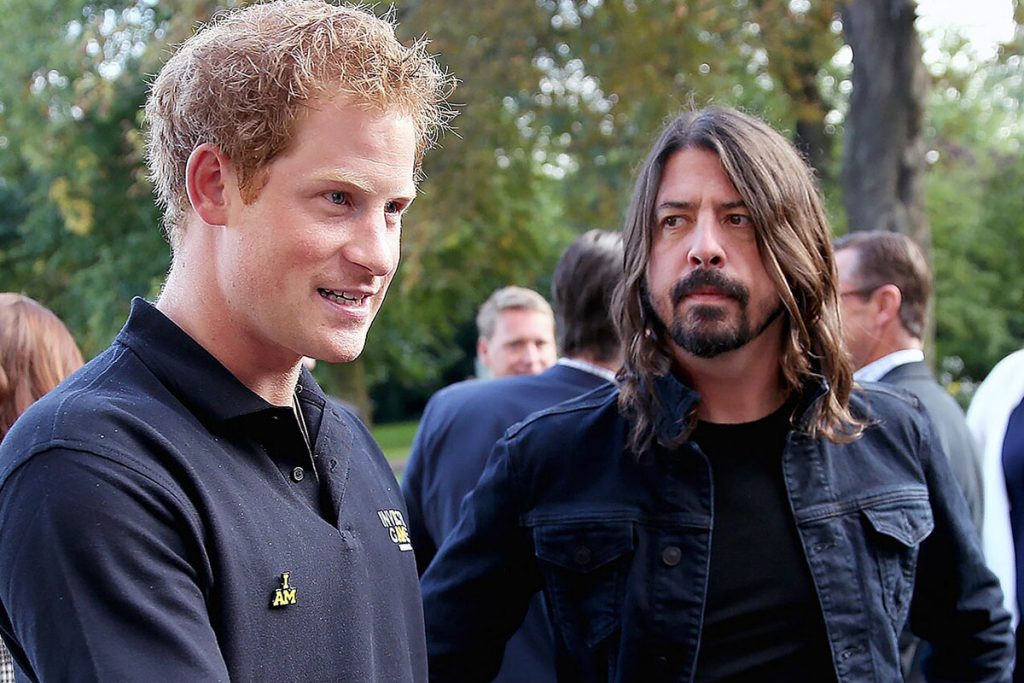 David Grohl revealed one time how Prince Harry was one of the people who visited him after breaking his leg following an accident on stage. During an appearance on SiriusXM’s ‘The Howard Stern Show’ a couple of months ago, the rocker revealed that he hung out with Prince Harry while his family was around and he was still recovering.

As some of you might remember, Dave Grohl fell from the stage while performing ‘Monkey Wrench’ remained on the ground for several minutes before telling the audience that his leg was broken during a Foo Fighters concert in Gothenburg, Sweden in 2015.  After everybody rushed to help the frontman, he was taken to backstage for his treatment and actually brought back to the stage to complete the show.

Following the accident, Prince Harry visited his friend Dave Grohl at his house as he revealed during the interview. The Duke of Sussex even brought a tool for Grohl to put his iPad on so that he can watch movies and shows without needing to hold it as he’s resting. The thoughtful gesture was much appreciated by the musician and definitely strengthened the bonds between the two.

“Prince Harry came over to hang out and he was so chill. He brought me this thing to hold my iPad so I could just watch movies and s**t. It was great. He was cool.”

You can watch the mentioned interviews below.