The Reason The Rolling Stones Wasn’t In The Same League With Aerosmith, Joey Kramer Explained

Although it is pretty common for musical acts to go through lineup changes for various reasons, some bands still manage to keep their original members, such as Aerosmith. Undoubtedly, there are few acts that can stay together for such a long time and still rock the stage despite all the mishaps they’ve undergone. Aerosmith has been enjoying an over five-decade career full of significant achievements.

Two members of the band, Joe Perry and Brad Whitford left Aerosmith at some point in their careers, but they both returned after a brief break. The other three, Steven Tyler, Tom Hamilton, and Joey Kramer, remained the constant members since the band’s inception in 1970.

Another prominent act of the rock scene, the Rolling Stones, went through more lineup changes compared to Aerosmith, Brian Jones probably being the most major one in terms of his contribution to the band’s sound. Even though the Stones have been rocking for six decades and are considered one of the greatest bands of all time, Joey Kramer still doesn’t believe they are in the same league as Aerosmith.

Joey Kramer Thinks Aerosmith Is Better Than The Rolling Stones 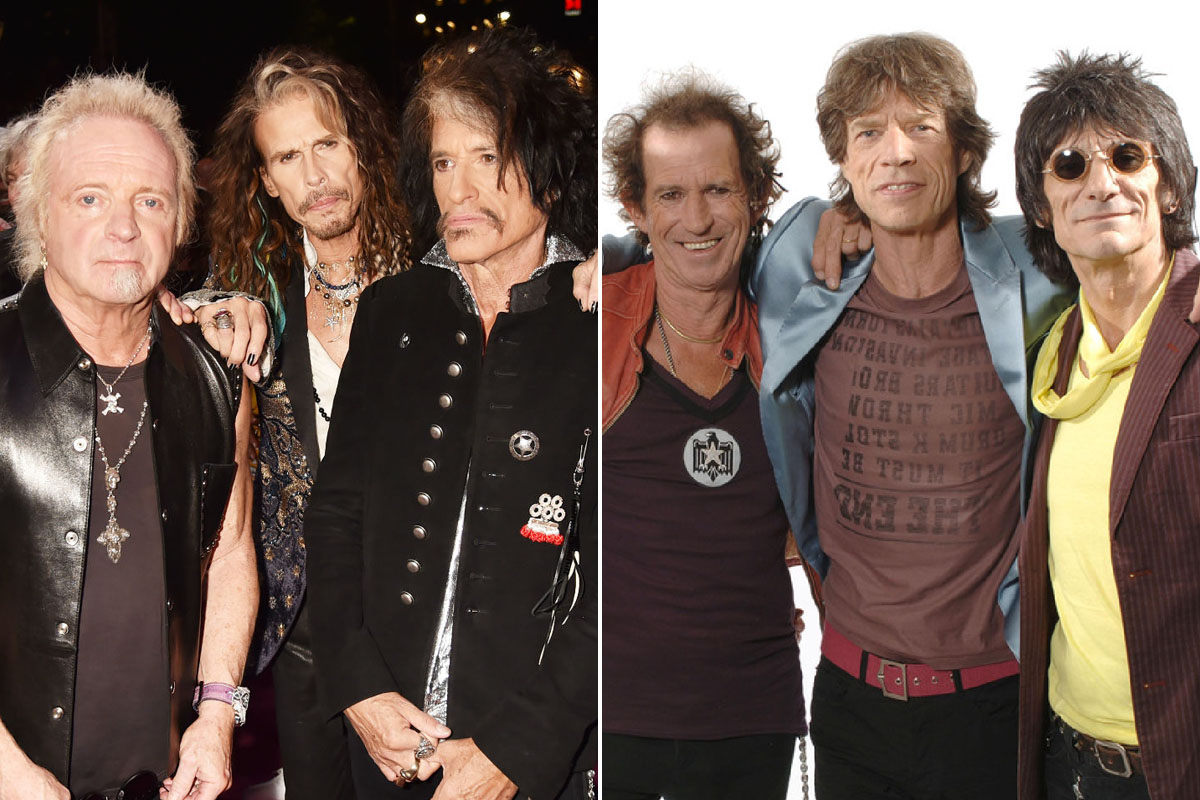 For many music lovers, seeing your favorite band live on stage is an extraordinary moment that cannot be compared with anything else. Considering the best live-rock acts in the rock scene, the Rolling Stones and Aerosmith would probably be on most people’s lists. Although it is difficult to compare them since they are both experienced bands who have delivered hundreds of shows, Aerosmith’s drummer Joey Kramer thinks the Rolling Stones can’t beat them when it comes to playing live.

Comparing the two bands in a 2017 interview with Classic Rock, Kramer said, “First of all, as far as Aerosmith goes, there is no band that has been around for almost 50 years that still has the original five guys in the band.” He continued, sharing that the Stones’ music had never appealed to him, “Everybody is always raving about the Stones, saying the Stones this and the Stones that. I’ve never cared for the Stones. They never had anything to offer me musically, especially in the drumming department.”

“The Stones is not the original band, and I do not care for them. I think if you came to see an Aerosmith concert, people would realize that we play so much better than them that it’s silly because they’re not so good live,” added the musician, claiming that they perform live much better than the Rolling Stones.

After praising his own band’s live performances, Joey Kramer also argued in the same interview that Aerosmith could not be compared with any other band out there in the rock scene because none of them could come close to what they did. He said, “They are what they are and all of that, but I don’t think there’s a band out there today that does what we do.”

It is safe to say that there is no clear winner in this debate. Both Aerosmith and the Rolling Stones have been on the stage for decades and have entertained the masses with their memorable shows. Their iconic catalogs and years of experience performing make both bands a must-see live act.