KISS became one of the most famous and influential rock bands globally with their iconic looks and records, which have inspired both younger musicians and rock listeners. However, it has been almost impossible to imitate Paul Stanley The Starchild, Gene Simmons The Demon, Ace Frehley The Spaceman, and Peter Criss The Catman, who redefined the music industry.

The band’s trademarked legendary makeups were so admired by their fans that they started wearing them too during KISS concerts and other KISS-themed occasions. Their records, makeup sets, collections, and other products released as part of the same franchise, became the best-sellers worldwide. However, the personal problems between the band members ended an era for KISS, which deeply shocked their fans. 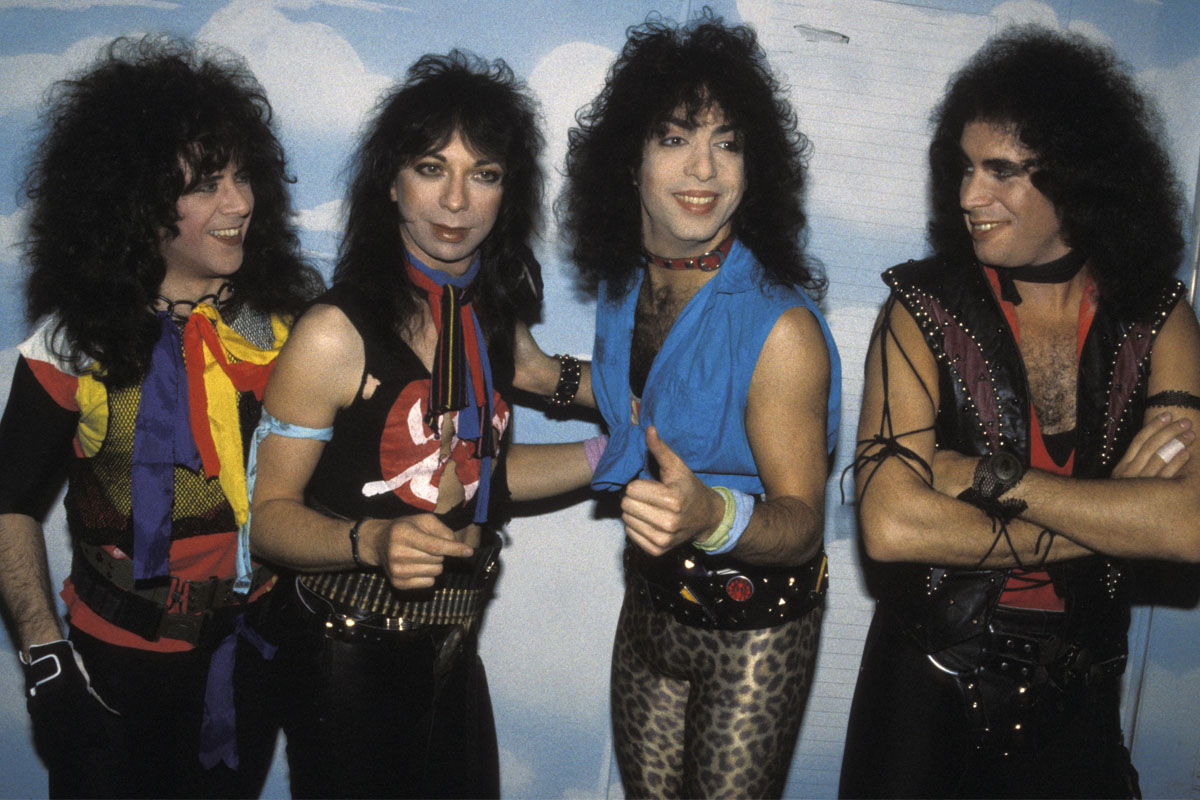 Following KISS’ original members Ace Frehley’s and Peter Criss’ departure from the band in the ’80s because of creative differences over the band’s musical direction, the band went through a lineup change. It was considered a milestone era for KISS history as the band made their first public appearance without their iconic makeups and costumes in 1983. The band released the era’s first album entitled ‘Lick It Up’ on September 23, 1983.

The band’s 11th studio album became popular and commercially successful and was followed by the other best-seller records, but it was still a hard time for KISS members despite the success. Most of the longtime fans weren’t satisfied by the new members who had replaced Criss and Frehley and the band’s new style, so they expressed that they missed the good old times. Also, another important aspect of KISS changed in their unmasked era.

During the KISS’ unmasked era, Gene Simmons, who was generally defined as the band’s leader and driving force, stepped aside from his duties and left Stanley in charge when he decided to focus on his latest interests. Simmons began acting in different movies such as ‘Runaway Dr. Charles Luther,’ ‘Never Too Young to Die,’ ‘Trick or Treat Nuke,’ ‘Wanted: Dead or Alive,’ and ‘Red Surf’ that’s why it was an era led by the frontman Paul Stanley.

“The years that we were out of makeup were fine for me. I found them very satisfying because I got a chance to be out there without makeup, which I craved at that point. I think it was easier for me because my persona was one that wasn’t really defined by the makeup.“

In his biographical book entitled ‘Sex Money Kiss,’ released in 2003 and based on the bassist’s life, Gene Simmons described Stanley as the band’s ‘driving force’ while the band was experimenting on a new style in the ’80s. Furthermore, the KISS lead singer reflected on the era, saying that being on the stage without makeup was better and easier for him because his persona was more than ‘The Starchild’ makeup.