The Reason Paul Stanley And Steven Tyler Hate Each Other

The rock music world has witnessed quite a lot of feuds and controversies throughout its history. In the music scene where thousands of musicians try their best to get to the top, it is no surprise that some of them get involved in quarrels and disputes. Most of these happen to be just a short battle of words between the artists, but sometimes they end up becoming long-lasting feuds.

As you know, KISS and Aerosmith are both successful music acts that were formed back in the 1970s. Throughout their career, they both released several successful albums and enjoyed great commercial success. However, KISS’ Paul Stanley and Aerosmith frontman Steven Tyler developed a hatred towards each other at some point in their career and became rivals. Let’s learn the details of what happened between them.

Aerosmith And KISS Embarked On A Co-Headlining Tour In 2003 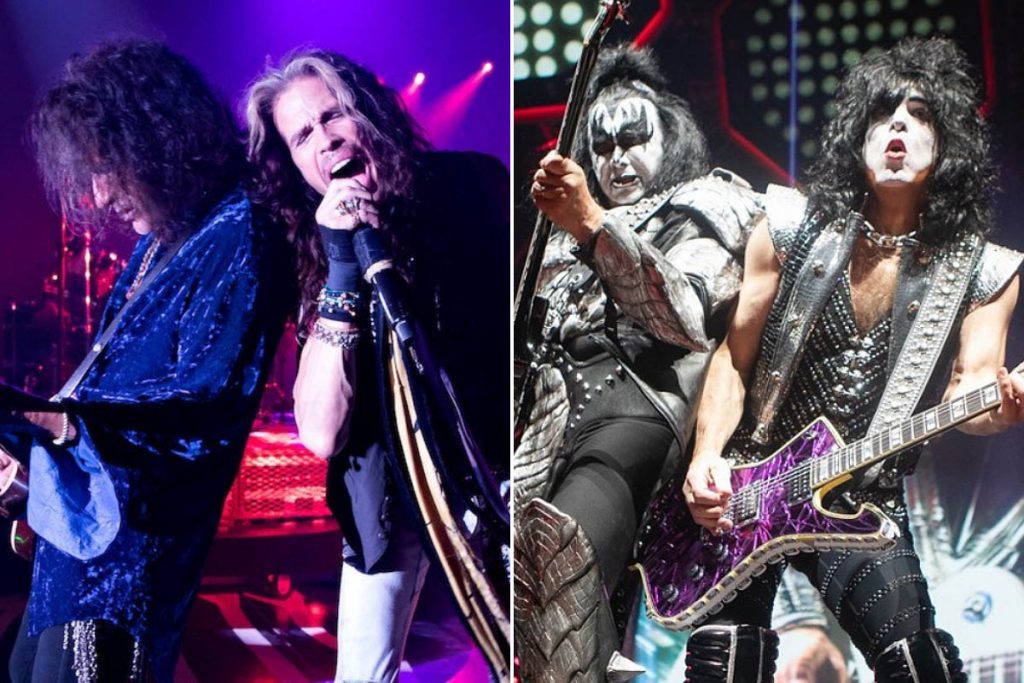 In 2003, 29 years after KISS and Aerosmith shared the same stage at the Michigan Palace in Detroit, the two iconic rock bands decided to hit the road together. Therefore, they embarked on a 32-date co-headlining tour across America. KISS was quite eager to tour with Aerosmith back in those times, but Tyler didn’t want to perform with them. According to Aerosmith guitarist Joe Perry, the rock icon wasn’t a fan of KISS and was unhappy about the tour. So, he refused to do any press or promotion for it.

As reported by Variety, Joe Perry stated that:

“Because Tyler wasn’t a KISS fan, he was unhappy about the pairing. He refused to do any press or promotion for the tour.”

Back then, Aerosmith had a few requests before they agreed to the tour. One of them was that the band wanted KISS to perform with at least three original members. However, Ace Frehley decided not to participate in the tour to focus on his solo career.

After that, Criss rejoined the band, and Perry called him to ask if he could talk with Frehley to make him reconsider participating. Things turned out different than what Aerosmith wanted, so they decided KISS would open every show. Although the tour was a success, it didn’t put an end to Tyler’s negative thoughts about KISS. 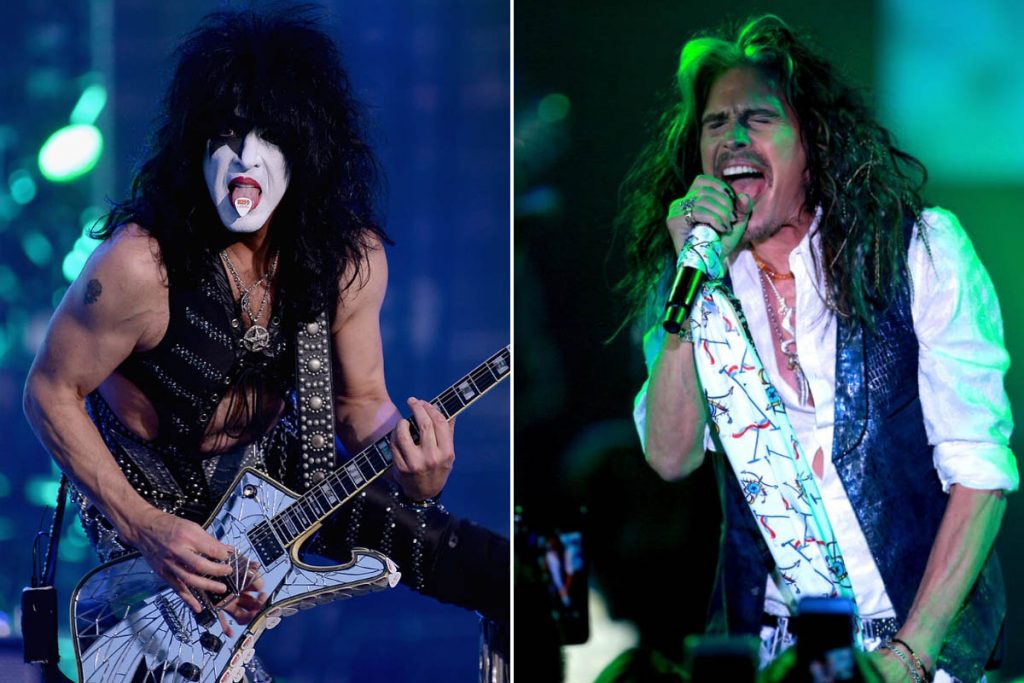 The conflict between the two frontmen heightened after Aerosmith’s Steven Tyler made some controversial statements about KISS in a 2012 interview. During the interview with a Tampa radio station, the musician stated KISS is more like a comic book with their spackled faces.

Tyler also revealed that being compared with KISS offends him as they belong in two different worlds. Following that, the musician recalled the time one of their roadies got into a knife fight with KISS’ crew members back in the 1970s. According to Tyler, this tainted his opinion about the band, but he then somewhat changed his mind.

According to Hollywood Reporter, Steven Tyler said in the interview:

“They’ve got a couple of hits, but they’re more, they’re comic book – you see them in their spackled faces. It is different – a KISS lick, a Joe Perry lick – two different worlds, and sometimes depending on the time of day, I get offended by comparisons.“

“I remember when we went out with Kiss in ’76 or something, one of our roadies got into a knife fight with their guys. So I have hated them ever since.

Since then, I’ve gotten to know Gene Simmons and Paul, and they’re beautiful people.”

Although Tyler appeared to change his mind, Paul Stanley still had things to say. In an interview with the radio show Rockline, Stanley stated he loves Tyler and Joe Perry, and Aerosmith is a great band. Moreover, the guitarist recalled the time they did a co-headlining tour in 2003.

According to Stanley, Aerosmith played to an underwhelmed audience and seeing people walking out of that show kind of pleased him. Following that, he went on to say Tyler is over-enthused and he needs a reality check.

“Look, I love Steven and Joe, and Aerosmith is a great band. Maybe Steven’s feeling a bit full of himself because he’s got an album coming out. The reality is, in 2003, we did a co-headlining tour, and everything was 50-50, but Steven wanted very much and insisted that they close the show. I really don’t care, because as far as I am concerned, one way or another you’re going to have to come upon the stage, so you can go on before us or after us.

And that being said, he certainly had a chip on his shoulder back then. There is some sort of — ambivalence or looking down his nose a bit towards Kiss. So I have to say that seeing him go on after us, to play to an underwhelmed audience and see people walking out didn’t feel too bad to me.“

“Steven may have been a little over-enthused and maybe needs a reality check.”

In a more recent interview, the host Richard Marx revealed to Paul his thoughts on Steven Tyler and praised his musicianship. Upon hearing what Marx said about the musician, Stanley stayed silent and refused to say anything about the Aerosmith frontman. Moreover, he changed the subject and asked Marx to talk about Rod Steward. As it seems, the tension between the two iconic rock musicians is still there.

Below, you can check out Paul Stanley’s reaction after Richard Marx praised Steven Tyler.