The former Dire Straits lead guitarist Mark Knopfler is regarded as one of the greatest guitar players of all time. The musician gained recognition with his band and sold more than 120 million records with them. In addition to his exceptional guitar playing, he also contributed to the band as a songwriter.

Knopfler wrote some of Dire Straits’ legendary songs, including ‘Money For Nothing,’ ‘Romeo And Juliet,’ and ‘Tunnel of Love.’ Perhaps his biggest achievement as a composer and songwriter had to be the band’s most famous song, ‘Sultans of Swing.’

While there are countless astonishing things about the track, the most unexpected one was revealed by its originator. According to the Dire Straits icon, he didn’t earn money from his biggest hit for a very long time, and the reason may surprise you. Let’s take a look. 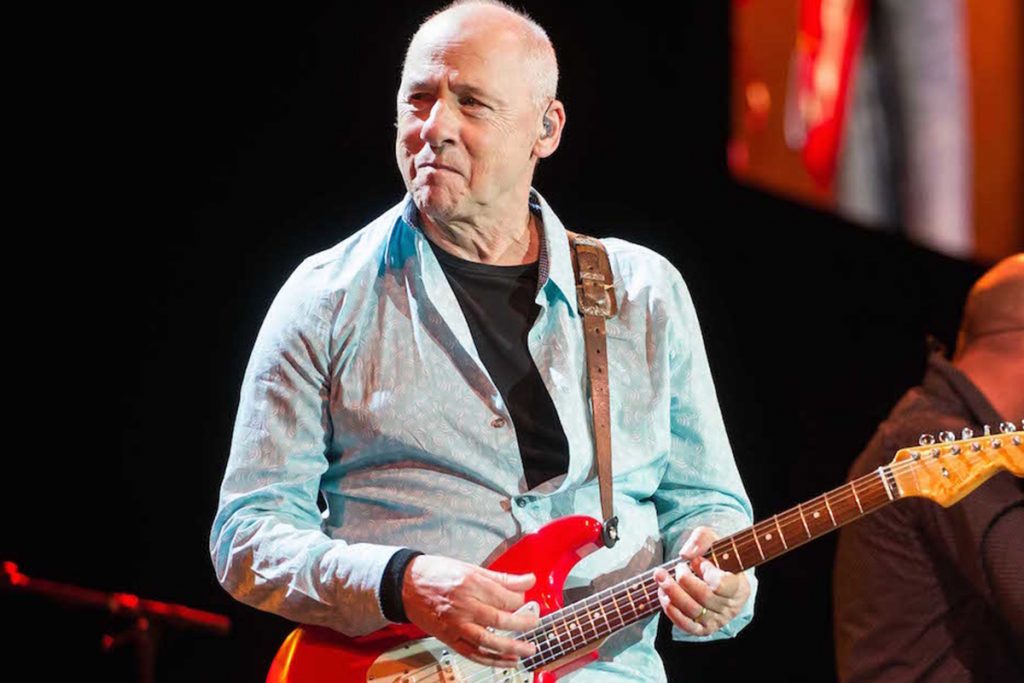 For those of you who may not know, ‘Sultans of Swing‘ is often considered Dire Straits’ best track by fans and music critics. After the recording and release of the demo, it quickly gained recognition since it was in rotation on BBC Radio London. Its popularity soon reached record executives and helped the band sign its first record deal with Phonogram Records.

It was then re-recorded and released in the band’s eponymous debut album on October 7, 1978. The song reached the top 5 in Canada, South Africa, and the United States and the top 10 in numerous other countries. It was the band’s lead guitarist and singer Mark Knopfler who wrote and composed the song.

The lyrics were inspired by a jazz band’s performance in an almost empty pub in London. At the end of their performance, the lead singer announced their name, the Sultans of Swing. Knopfler found the contrast between the group’s dull appearance and their theatrical name amusing and inspiring.

Any fan would assume such a successful song would bring a fortune to its songwriter and composer. Unfortunately, during a 2018 interview with Music Radar, Mark Knopfler revealed that the truth was far from that.

While recalling the time the song carried his career further, the guitarist admitted that his band wasn’t paid in the first 18 months after they signed a record deal. Since the release of their debut album happened pretty rapidly, Knopfler wasn’t paid despite the huge success of ‘Sultans of Swing.’

In fact, it took him a few years to move to a better place when the record company started to give him a sufficient amount of royalty. According to Knopfler’s statement, record companies work with this system even to this date and prevent musicians from profiting off their own music.

Regarding his unpaid success, Knopfler said:

“The success was probably fast by a lot of other people’s standards, but I felt as though I had been working all my life towards it. I was 28 when ‘Sultans’ broke when that first album burst open all ’round the world. We were still living in Deptford, and with the record deals back then when you first signed, they wouldn’t give you any money for 18 months. I think they’re still like that today, actually.

So it was No. 1 all over the world, but I didn’t get any money from it for ages, and we were still living there for a good while. But I managed to move up the road after a few years. All those deals get renegotiated, in return for which you give them more albums. That’s how it works. And it slowly edges up to where you get a reasonable royalty.”

You can listen to ‘Sultans of Swing’ below.