When he was 17, Dave Grohl joined the punk rock band Scream to replace their drummer Kent Stax. Following Scream’s disbandment in 1990, he joined Nirvana as their drummer. A year later, Nirvana released their iconic album ‘Nevermind’ with Grohl. After the release, the album became a massive worldwide success which was unexpected for the band members. Nirvana’s classics from the ‘Nevermind’ have listeners worldwide.

Before Dave Grohl joined Nirvana, the band had played with various drummers. In early 1987, Cobain and Novoselic recruited Aaron Burckhard, but they lost contact with him and began to practice with the Melvins’ Dale Crover. They then played with Dave Foster for a few months, and Chad Channing joined them later. Due to creative differences, Channing left the band, and eventually, Grohl joined them in 1990. As it turns out, Grohl didn’t feel safe in Nirvana at the beginning of his tenure.

Why Did Dave Grohl Feel Unsure About His Place In Nirvana? 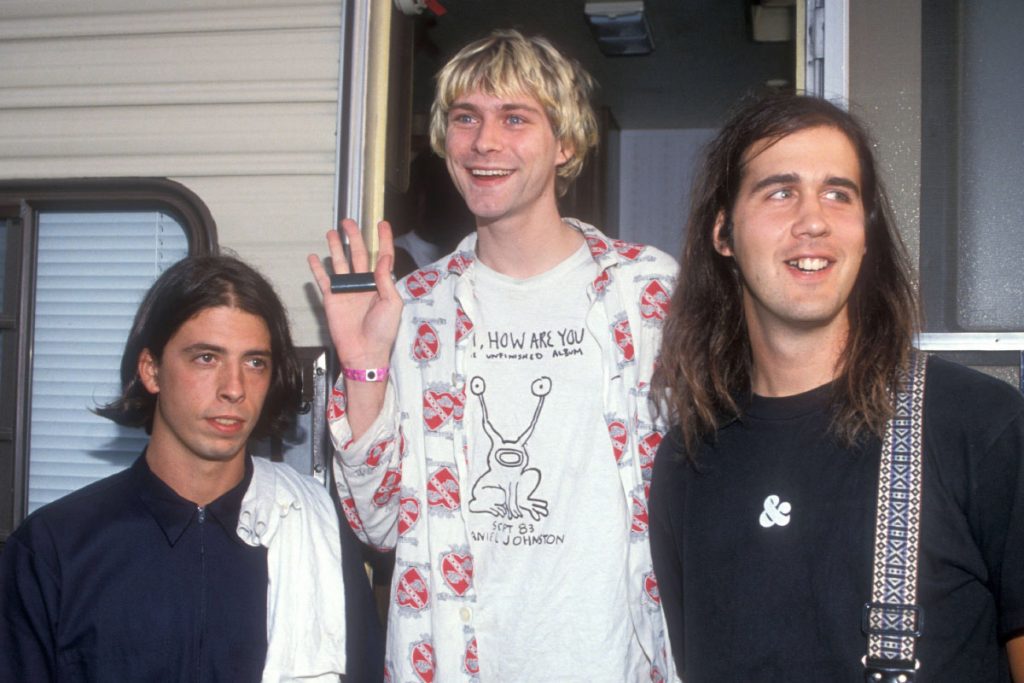 In a now-inaccessible 2013 interview with BBC Radio 1, the host Zane Lowe asked Dave Grohl whether he felt secure behind the drum kit following the release of ‘Nevermind.’ As a response, Grohl said that he never did as he was the fifth drummer of Nirvana. He then added that all of the bands he has played with consisted of his friends, but this was not the case with Nirvana as he didn’t know them.

After that, Grohl claimed that joining Nirvana was like jumping in cold water. He then recalled the success ‘Nevermind’ brought to Nirvana, saying they were on television within eight or nine months after he joined the band. Dave Grohl admitted that none of them could have imagined reaching such popularity. According to the musician, the band members didn’t lose themselves but released ‘In Utero’ as a response.

When BBC Radio 1‘s Zane Lowe asked him whether he felt secure in Nirvana as the drummer, Dave Grohl said the following:

“Oh, I never did. I was the fifth drummer; you know that, right? [laughs] They had so many drummers, and I’ve never been in a band with people that I didn’t really know. All the bands that I’ve been in were friends that I skateboarded with or went to punk rock shows with or whatever.

And so joining Nirvana – I jumped in there cold. I flew upon the wind and joined the band. And within eight months or nine months, we were on television. It was weird to me. It was a really bizarre experience because I don’t think any of us expected that to happen. So when it did happen, the most important thing was that we didn’t lose ourselves, and ‘In Utero’ was sort of that response.”

So, as it seems, Dave Grohl didn’t feel secure in Nirvana as he was the fifth drummer they had recruited. However, he ended up being one of the most successful drummers on the rock scene with his achievements in the band and later the formation of Foo Fighters.