The Reason Angus Young Had Doubts About Meeting Keith Richards

The constant interaction between the different bands is widespread in the music world. They come together and get to know each other either on tour, at a special event, or by a mutual acquaintance. Naturally, many interesting stories come out of these encounters, which most of us love to read. Rock history is filled with numerous stories of bands meeting one another.

The two legendary bands of the rock scene, the Rolling Stones and AC/DC, also came together for the first time back in 2003 and saved some memories. You may think that AC/DC members were eager to meet the rock icons, yet the backstory was different than you expected. Let’s look at why AC/DC lead guitarist Angus Young had doubts about meeting the Rolling Stones’ Keith Richards.

Why Was Angus Young Hesitant About Meeting Keith Richards? 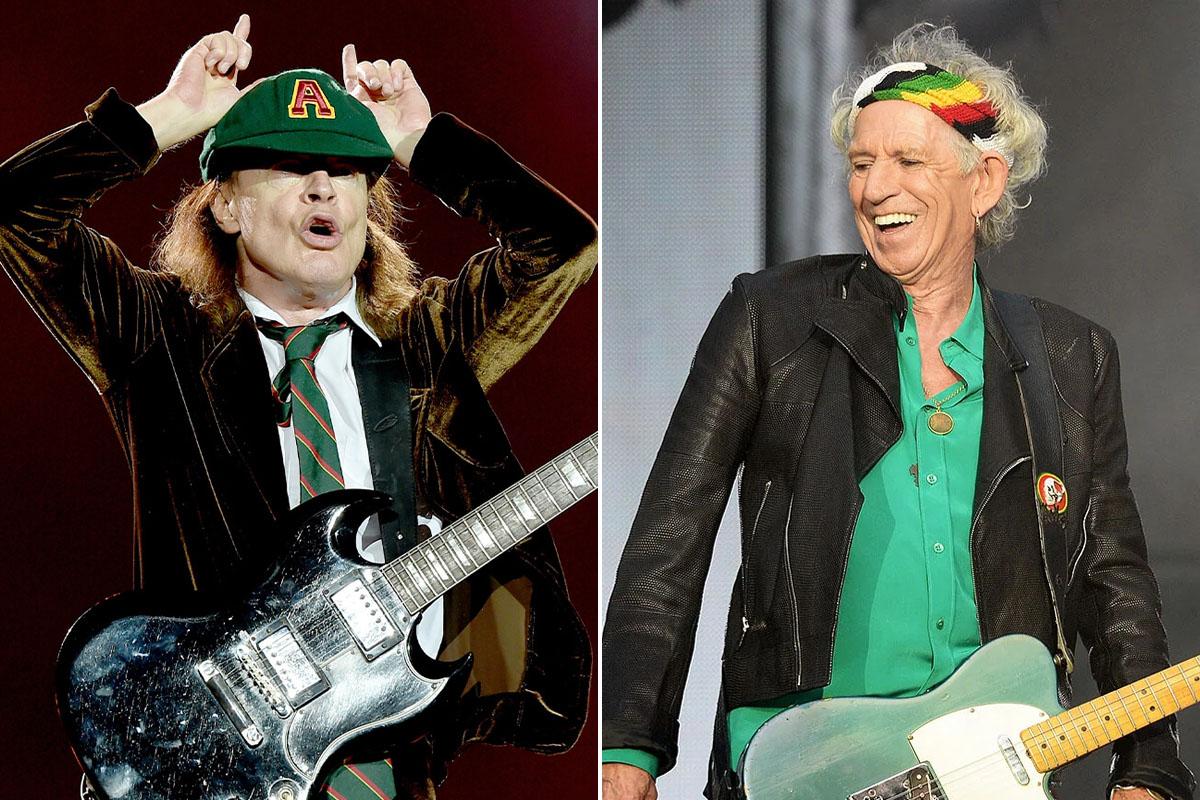 The Rolling Stones embarked on their worldwide concert tour, ‘Licks Tour,’ in 2002 to support their 40th-anniversary compilation album, ‘Forty Licks.’ They performed three shows in Sydney in February 2003 during the Australian leg of their tour. In their first concert at Enmore Theatre, the band had a special guest appearance.

This special guest was none other than the legendary Australian rock band, AC/DC, performing with the Stones in their hometown. The Rolling Stones and AC/DC delivered a terrific performance together in the song ‘Rock Me Baby.’ Later on, AC/DC opened for the Stones a few times in Germany during the European leg of the same tour.

In an interview with Malcolm and Angus Young in 2003, the rockers talked about how they ended up performing with the Stones. Malcolm highlighted that they had gone to Sydney for Christmas, and the Rolling Stones were coming for a show at the same time. People started to call them to ask for tickets. Then, they received a call from the Stones’ production manager on the day of the show.

He said to them that Keith Richards wanted to meet Angus Young. They hesitated for a moment but eventually decided to go and meet him. Angus explained that he had doubts about meeting Richards not because he belittled them but because they attracted much media attention, which Angus doesn’t like. Thus, Angus was hesitant about encountering the media when he met Richards. Still, the guitarist didn’t decline his offer to meet, and they organized their show together.

Malcolm Young speaking on Keith Richards’ invitation to meet them:

“On the day of the gig, we got a call from their production manager telling us that Keith really wanted to meet Angus. We ummed and ahed, and eventually decided to go down there for an hour just to check out what was going on.”

“We’re not snobs or nothing; it’s just that being the Rolling Stones, we knew there’d be lots of cameras; we don’t like all that media hoo-hah.”

AC/DC was just busy with the writing process at the time, so they thought getting back on the stage would be good for them. They accepted to perform with the Stones. Seeing the Stones and AC/DC perform together was an unforgettable moment for many rock fans who watched the show that night.