It is no doubt that the legendary music band Metallica’s guitarist Kirk Hammett has been known mostly for his never-ending love of the wah pedal. His love of the wah pedal has even caused him a minor injury in the past years as he slipped on one of them during a rainy concert of Metallica.

As you may know, a wah-wah pedal is an effects pedal for the electric guitar which alters its tone and frequencies to create a different sound which is even considered as mimicking the human voice. The pedal is controlled by the movement of the foot of the guitarist on a rocking pedal that is connected to a potentiometer. The effect created by the pedal is called ‘the wah effect,’ and it was originated in the 1920s and often used by guitarists while soloing.

During an interview with Guitar Player, Hammett revealed the first time he heard of the wah-wah pedal. He stated that it was the time when he first heard the song ‘Warrior’ by Thin Lizzy, and he was startled when he heard of it. According to him, it was the time when he first met the pedal which he will later be associated with all the time. Moreover, in 2018, Jim Dunlop collaborated with Hammett to produce a signature wah-wah pedal called KH95. Later, Hammett even co-founded a company called KHDK Electronics, and the company has developed guitar pedals and tried some prototypes since 2012. Hammett is known to have dueled with Mrs. Smith after Smith has challenged him to a ‘wah-off’ in January 2019.

Why Kirk Hammett Favors Wah-Wah Pedal So Much? 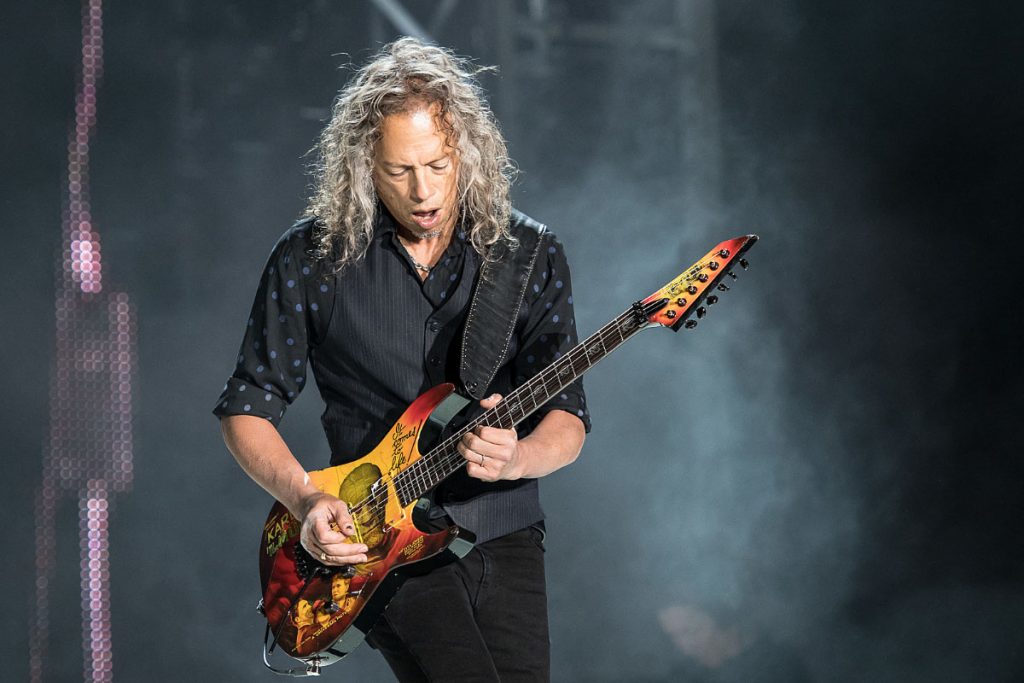 As seen in a recent featured article by Metal Hammer, Kirk Hammett commented upon his love for wah-wah pedals. He said that he considers the sound wah-wah pedals make a lot like the human voice. He then added what excites him most, to be able to manipulate the tone however he likes at that moment.

Hammett then said it creates a greater connection to a deeper part of him. He also mentioned the first time he had heard the pedal, from Brian Robertson of Thin Lizzy. Hammett recalled asking what it was to a friend of his, and after learning it was a wah-wah pedal, he made a mental note of that.

Since then, Kirk is known for the wah-wah pedal being a signature trait of him. The extent of his association with the pedal is seen perfectly in an interview by Guitar World, where he says he is a fully dedicated wah-wah freak, and he thinks he will die with a pedal underneath his foot. He also goes on to say he will have one thrown in his coffin and will have a wah-wah shaped coffin ‘Crybaby’ written on the side of it.