The Police Song Sting Was Embarrassed By

It’s common for artists to define their works as their ‘children.’ When Imagine Dragons frontman Dan Reynolds revealed that he was the ghostwriter of a popular song, the musician was asked if he was happy with giving away his ‘baby.’ Reynolds answered by stating that the song was commercial and that he wouldn’t sell a song that was dear to him. We can understand from Dan Reynolds’ remarks that the relationship between musicians and their tracks can be complicated as some have more sentimental meaning than others.

As one of the most recognized musicians in the rock scene, Sting once expressed his mixed feelings about a very well-known the Police track and admitted that he was initially embarrassed by the song’s origins and melody. The singer would recall the time that he considered the song a throwaway until they had to play it in front of an important figure. It is certain that Sting failed to foresee the song’s then-upcoming success.

Which The Police Track Sting Wasn’t Initially Proud Of? 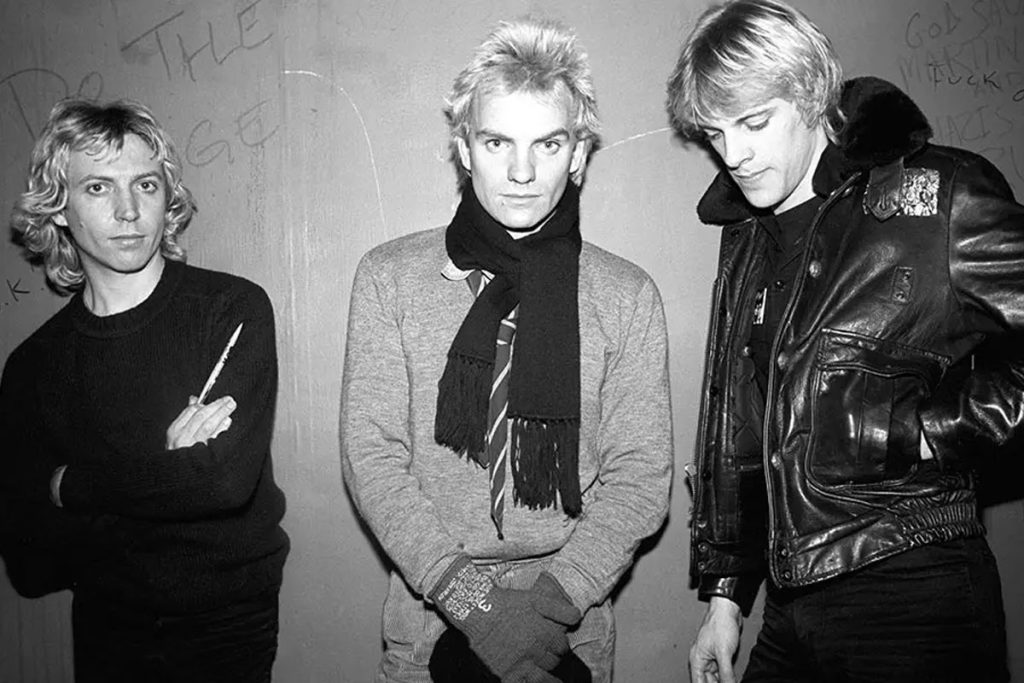 It could be said that art imitated life in 1977 while the Police were spending their days in Paris. The young musicians were producing and composing their future hits while staying at a Parisian hotel. Their choice of accommodation wasn’t in a nice neighborhood, and sex workers could often be seen near the hotel.

Under these circumstances, Sting started to write ‘Roxanne.’ The song was about a man who had desperately fallen in love with a sex worker, and the quiet melody would compliment his sadness. The singer named the song after an old French play’s character Roxanne, after seeing the play’s poster hanging at the hotel’s entrance.

After the band returned to England and started to record their album, they had also mastered a few songs Sting considered throwaways. ‘Roxanne’ was among those disregarded tracks. Sting explained in 1978 to ‘The Police: A Visual Documentary’ that he didn’t think much of the song, at least not until bandmate Stewart Copeland‘s brother Miles Copeland visited them during a studio session.

Miles Copeland would, later on, manage the Police and Sting’s solo career but at the time, he was not interested in the band. Copeland was there just to support his brother but when he heard the album, ‘Outlandos d’Amour,’ he quite liked it. However, Sting disclosed that when the band started to play ‘Roxanne,’ they were embarrassed because the song sounded outdated when compared to their other works.

It was slow and quiet with the melody being prominent in the sound. Sting recalled that the band thought Miles would hate ‘Roxanne,’ but when they were done playing, Copeland expressed that he was impressed by the song. The singer disclosed that upon hearing Miles’ praising words, he realized that it was indeed a unique track and thus, ‘Roxanne’ made it to their album.

Sting on ‘Roxanne’ being regarded as a throwaway and the band’s initial embarrasment when they played it to Copeland:

“We went into Surrey Sound Studios and it was working pretty well. We recorded a few tracks, one of which I wrote more or less as a throwaway. That was ‘Roxanne,’ I didn’t think much more about it until we played the album to Miles Copeland who is, of course, Stewart’s brother and a bit of an entrepreneur, though he’d never been particularly interested in The Police. In fact, he’d kept away from it to say the least.

He did come along to the sessions while we were putting the first album together but more or less just to offer brotherly advice to Stewart. He heard the album and quite liked it. When we got to Roxanne, we were a bit embarrassed because the song was a bit of an anachronism, because compared with our usual material it was slow, quiet and melodic. Far from saying he thought it was a piece of sh*t, he said it was amazing. I thought, ‘He likes this song. This is fantastic.'”

It’s safe to say that the audience would agree with Miles Copeland’s impressed attitude since ‘Roxanne’ is among the hits which defined the Police. However, Sting’s initial embarrassment towards the songs could be seen as an example of how artists might dislike their creations at first, but start liking them later on.

StingSting and The PoliceThe Police