Although disbanded in 1980, Led Zeppelin is still among the most recognized bands in the rock music scene. In 1968, the band consisted of Robert Plant, Jimmy Page, John Paul Jones, and John Bonham. After a successful career as an iconic rock band, Zeppelin decided to leave the music scene following Bonham’s death.

With their distinctive guitar-based sound, Led Zeppelin climbed the ladder of fame quite quickly. Since formed, Zeppelin gave the music world some of the greatest rock hits like ‘Whole Lotta Love,’ ‘Dazed And Confused,’ ‘Black Dog,’ and the most famous rock song, ‘Stairway To Heaven.’

The classic Zeppelin hit ‘Stairway To Heaven’ was featured in the band’s fourth album known as ‘Led Zeppelin IV.’ Composed by Page and Plant, the song is still a cornerstone in the rock music world and has been covered by several artists. However, it seems Jimmy Page was not a fan of other bands covering their signature song, with only one exception.

Jimmy Page Allowed Only Heart To Cover Their ‘Stairway To Heaven’ 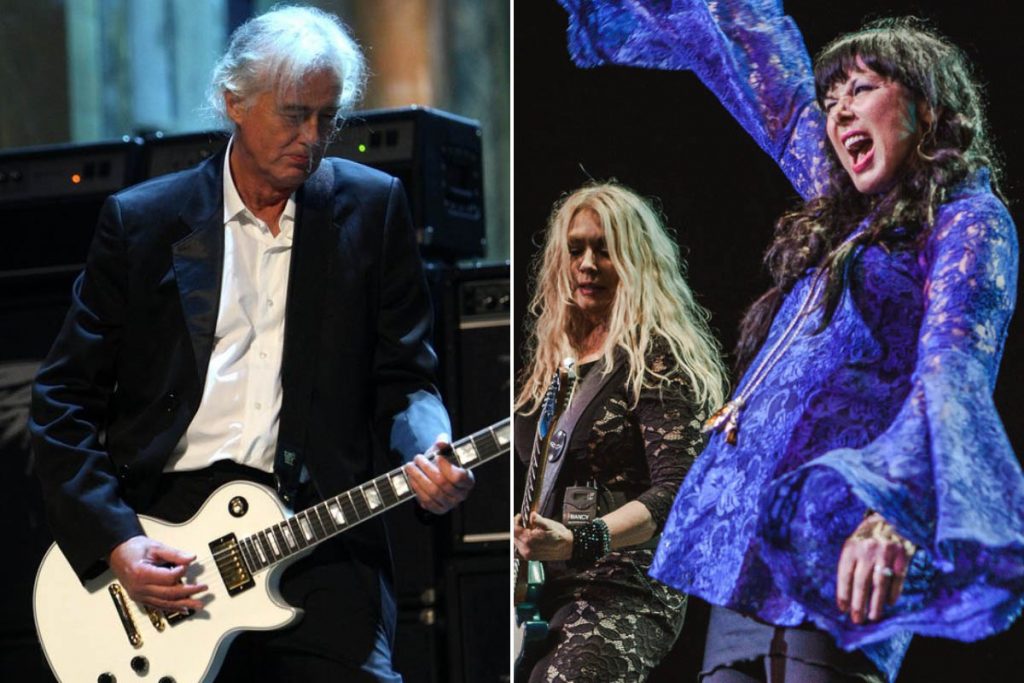 Despite being released back in late 1971, Led Zeppelin’s ‘Stairway To Heaven’ still has an audience today. The song currently has almost 90 million views on YouTube, and many artists have covered it throughout the years. Although it is not that hard to perform on stage, playing such an iconic song is still challenging.

However, the band Heart achieved this successfully even in front of the song’s creators. On December 26, 2012, Ann and Nancy Wilson took the stage at Kennedy Center Honors to perform their version of ‘Stairway To Heaven.’ An orchestra, two choirs, and John Bonham’s son Jason Bonham accompanied the musicians on the stage for this demanding task. Moreover, Jimmy Page and Robert Plant were also there to watch their rendition.

After the performance, Heart got a standing ovation from the audience and made Plant burst into tears of joy. Following that, the cover became a success, hitting over four million views on YouTube within the first five days after the show. Besides, Kennedy Center also issued a limited-edition iTunes single of the rendition.

In an interview with Eddie Trunk, Nancy Wilson confirmed that Led Zeppelin was quite satisfied with the result. According to the musician, Plant told her that he hated the song before this performance because everybody murdered it while Jimmy Page said the performance was great.

Speaking about that performance, Nancy Wilson told Eddie Trunk in the interview that:

“It went off really great. Afterward, the Zeppelin guys each came back individually. Jones was like, ‘Wow, you did a great job’ and Robert Plant goes, ‘Whoah, I learned to just hate that song because everybody murders it – but you did it justice. Way to go!’ And Jimmy Page goes ‘You played that great; just lovely.‘”

Apart from being an instant success, Heart’s ‘Stairway To Heaven’ also had another importance. Following Led Zeppelin’s disbandment, Page would not allow any other musician to sing the song as he believed that they couldn’t do the song justice. Therefore, he would let the song be played as an instrumental track. However, Page watched Heart’s performance with an approving expression and enjoyed it until the end.

Below, you can listen to Heart’s rendition of ‘Stairway To Heaven’ and check out Led Zeppelin members’ reaction to it.