As exciting as it seems, being a member of a well-recognized band and touring the world as a musician is also an exhausting experience. Due to the rise of digital streaming platforms, which have significantly impacted musicians’ income, touring is a large part of an artist’s life since it remains their primary source of revenue.

Doing big tours is both mentally and physically draining as it demands so much from musicians. Artists spend months away from home and loved ones and experience a mixture of loneliness and immense appreciation from their fans. They find themselves stuck inside a bus or plane for extended amounts of time, causing them distress.

Staying healthy on tours is also quite challenging due to the lack of sleep and nutritious meals, late nights, and the crazy schedule. So, musicians hardly have time to rest and relax while on tours. As a worldwide-known band, KISS has also toured relentlessly and closely witnessed its difficulties. Being on the road for such a long time was once so challenging for the band’s drummer Peter Criss that it made him cry like a baby due to the physical pain he suffered at the time. 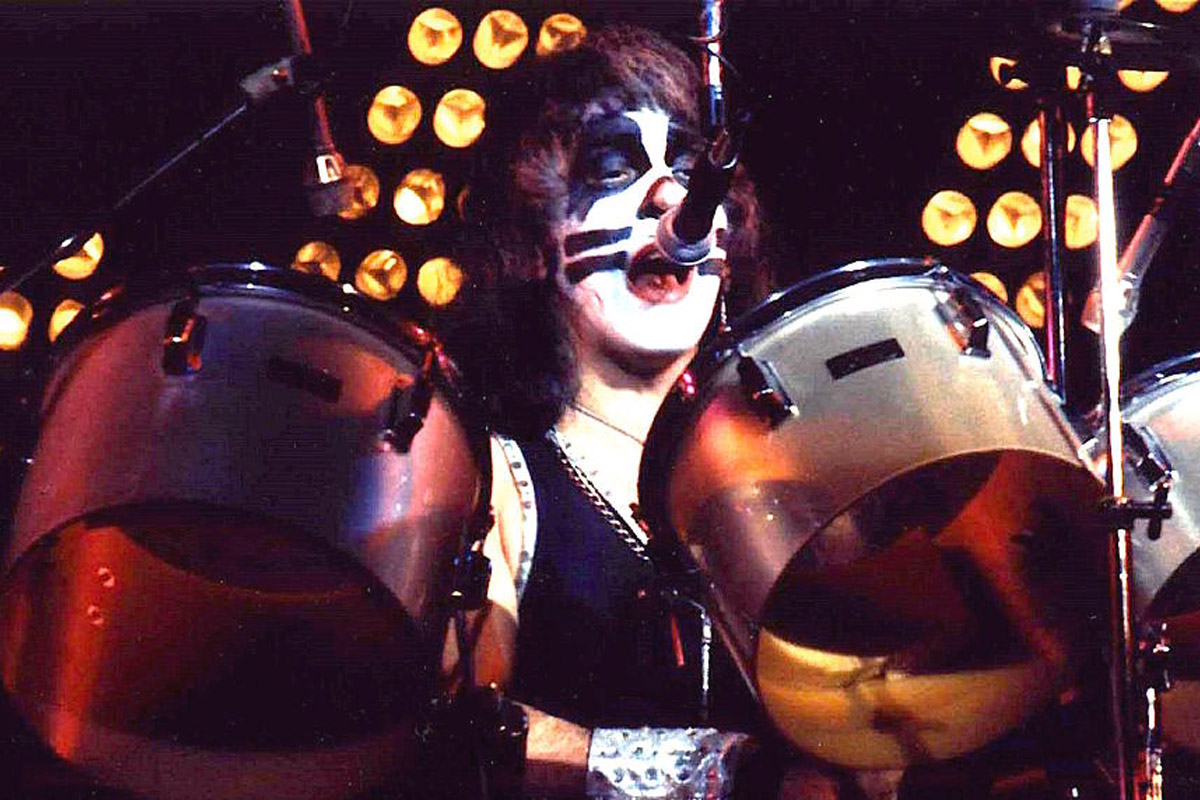 In his 2012 autobiography ‘Makeup to Breakup: My Life In and Out of Kiss,’ Peter Criss revealed exclusive details from his days with the band, including his touring memories. “But touring wasn’t just fun and games,” said the drummer, referring to the hardships of hitting the road. “Most of the time, touring was monotonous and lonely. You spent most of your time just waiting for the hour and a half you’d be onstage. And after touring nonstop for so many years, my body was beginning to break down.”

His body was once in such a poor condition that he had difficulty lifting his arms. So, Criss had to see a doctor who had given him cortisone injections. They would take his pain, albeit temporarily. Thus, he would still be in excruciating pain after the effect of the needles wore off. However, one night during a KISS tour, it got to the point where he felt so much pain that he had to make a request to Paul Stanley.

Criss recalled that moment by saying, “One night, the pain got so bad that when we were driving back from a gig, I couldn’t even lift my arms. I was sitting in the back of the limo with Paul, and I turned to him, [and said] ‘Paul, if you ever did any decent thing in your life, please cancel this tour for me.’”

He pleaded to his bandmate, saying, “‘I can’t play anymore, I can’t even lift my arms, I’m in excruciating pain. I know I cry wolf, but I’m not f*cking around this time.’ Then I laid my head on his shoulder, and I started crying like a baby.” The drummer was in so much pain that he couldn’t stop the tears streaming down his face.

As expected, Paul Stanley didn’t remain insensitive to his bandmate’s pain and request. After they returned to the hotel, the singer told Gene Simmons that it was impossible for them to continue like that, so they had to cancel the remaining dates. According to Criss, it was one of the rare times Paul and Gene had done the right thing, leading him to be grateful to his former bandmates.