Guns N’ Roses became of the most influential and commercially successful bands of all time thanks to the band’s best-selling records along with GN’R members’ extraordinary personalities and talents as musicians. Even though the band went through several difficulties because they struggled with addiction, personal issues, and creative differences, they were still able to produce their iconic albums.

Axl Rose can be regarded as the most attractive and distinguished member of Guns N’ Roses. Therefore, almost every magazine journalist was after Axl Rose during their early years, aiming to find exclusive details about his childhood and relationships with them. In addition to them, many managers discovered Axl Rose’s potential and wanted to work with him on different projects.

Axl Rose Drew The Attention Of A Manager 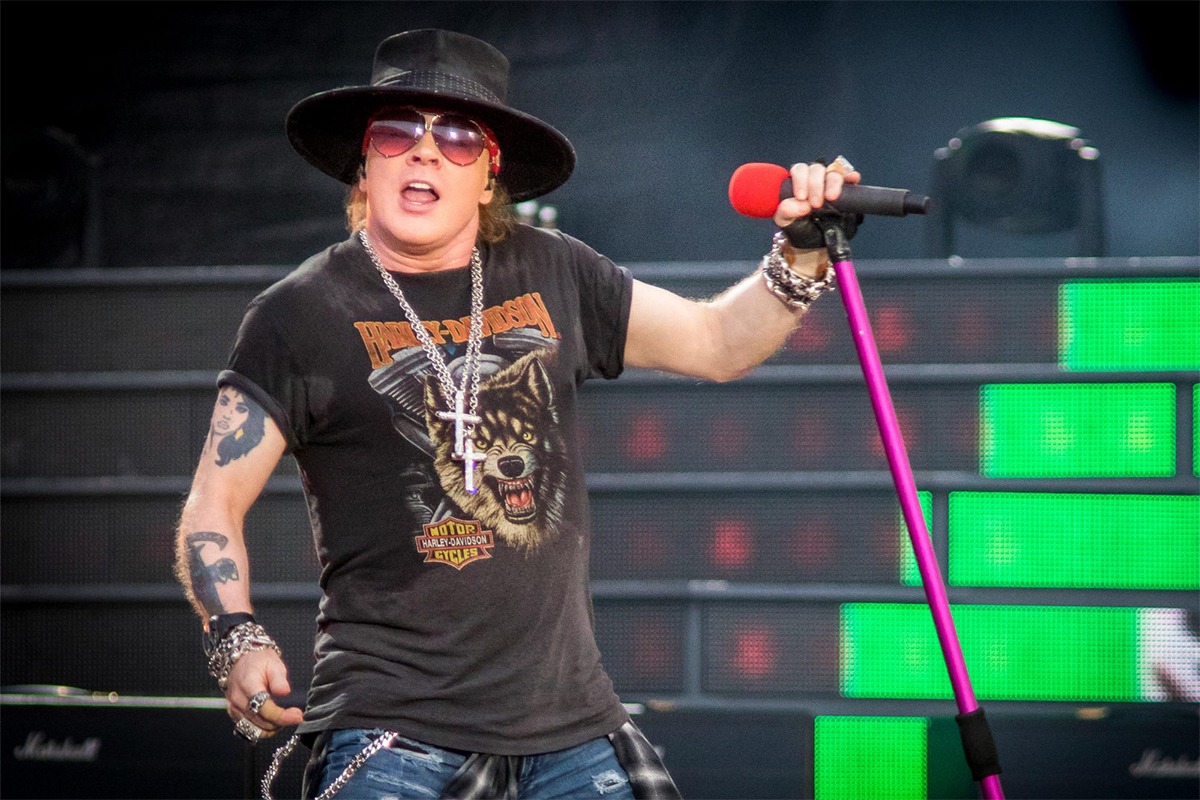 The legendary manager and record producer Kim Fowley, who was the man behind hit novelty and cult pop-rock singles during the 60s, recalled when Axl Rose drew the attention of a wealthy manager before Guns N’ Roses had found themselves a record company. The manager was working with another band whose members had alcohol and drug problems, but he was willing to deal with them probably because he was dating the bandleader’s mother.

Thus, the rich manager wanted Fowley to find a singer as problematic and extraordinary as the unknown band’s members, and his answer was Guns N’ Roses’ Axl Rose. They invited the frontman to the studio, and the manager admired Rose’s energy and talent so much that he offered him $50,000 in cash. He stated that he would be their manager and Fowley would become their producer, but Rose had to leave his GN’R bandmates behind.

Axl Rose refused the manager’s offer without giving it any thought, even though Guns N’ Roses didn’t have a record company and had to find money to work on their records. Fowley witnessed that unforgettable moment when a young musician turned down a great deal of money to pursue his dreams with his band.

Kim Fowley revealed that Axl didn’t want the money because he knew that Guns N’ Roses deserved more than that, and they would be very famous and commercially successful in the future. Furthermore, it seems like his dedication to the band and their future was worth more than a suitcase filled with dollar bills.

“So Axl opens the suitcase, and there’s $50,000 in cash. The manager says, ‘What do you think?’ and Axl says, ‘With all due respect, sir, whoever you are. That’s not enough for Guns N’ Roses. We’re going to be bigger than that. It’s just a matter of time. I’ll say no politely, and I’ll go away, and I’ll make more money than this on our initial signing with my guys. Why don’t you help these guys out?”

The Guns N’ Roses lead singer proved that he was right about his band as GN’R signed with Geffen Records in March 1986 by receiving a $75,000 advance. However, the band turned down another offer that doubled Geffen’s as they didn’t want to work with Chrysalis Records because they would change the band’s artistic direction and image. As a result, neither Axl Rose nor the other GN’R members gave up their dreams to gain more money.