After James Hetfield and drummer Lars Ulrich met in the early ’80s, Metallica’s early days in the music scene began. Following their formation, the band released milestone works for heavy metal music. Metallica members faced several challenges because of losses, personal disputes, and addiction problems. Still, none of these obstacles stop them from making good music, thanks to their exceptional talents.

Along with his prolific career as a Metallica member, Hetfield appeared on many artists’ projects, including Corrosion of Conformity’s ‘Wiseblood,’ Primus’s ‘Antipop,’ and more. Another one was a female rock band that influenced many young women who wanted to make music in the male-dominated music industry, Heart.

How Did James Hetfield Collaborate With Heart? 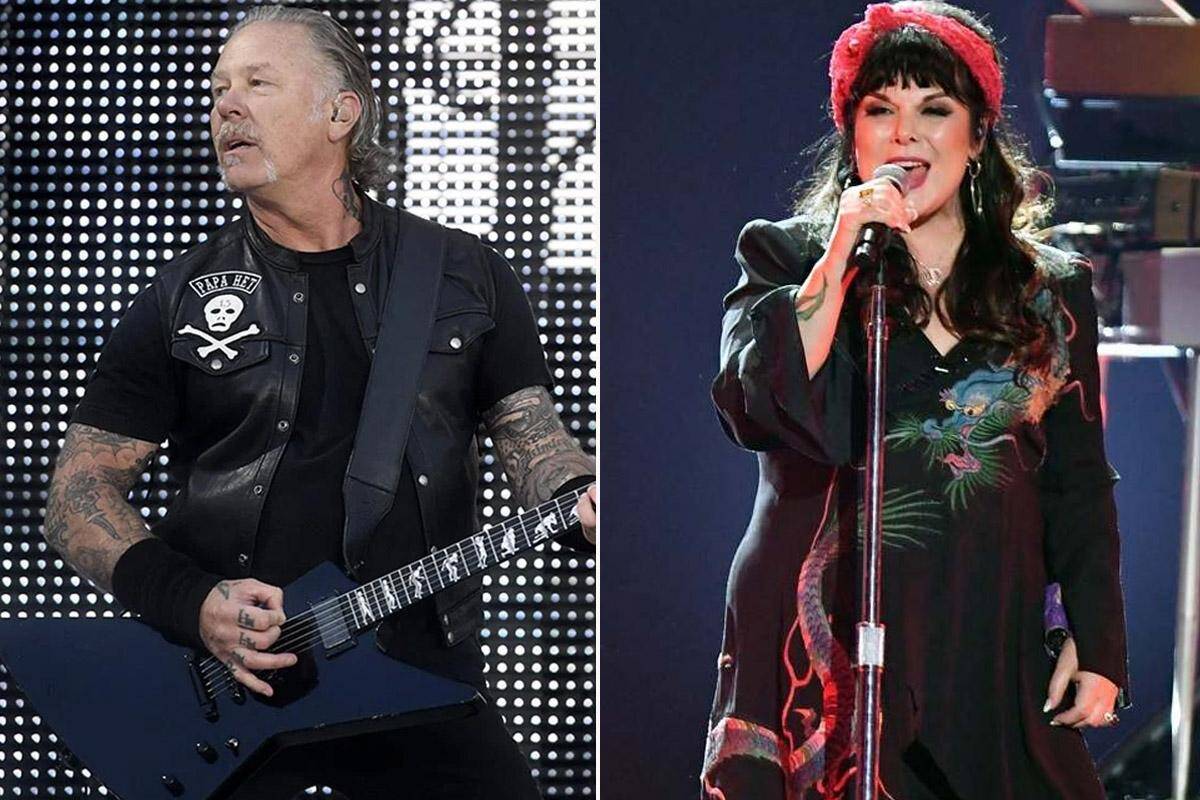 Heart dropped its sixteenth studio album, ‘Beautiful Broken,’ on July 8, 2016. It became popular and received positive reviews from music critics and longtime dedicated Heart members worldwide. The nostalgic and new style of the record probably contributed to this success. The band members recreated their earlier classic songs except for two new tracks named ‘Two’ and ‘I Jump.’

For the creation and recording process, the group teamed up with several musicians from various genres, such as Paul Buckmaster, Hungarian Studio Orchestra members, Ken Sluiter, Billy Mims, and many more. In addition, the Metallica frontman joined Heart to perform their song from the record, ‘Beautiful Broken,’ originally released on the previous ‘Fanatic’ deluxe edition.

Hetfield served as a guest vocalist for the track, and his performance was excellent. According to many, he had differences with the band’s style but managed to harmonize with their sound. The unity of pop-rock and metal elements consisted of Wilson’s one-of-a-kind singing performance, and Hetfield’s unmatchable vocals became an essential part of ‘Beautiful Broken.’

Furthermore, during one of her interviews with Rolling Stone magazine, Heart vocalist Ann Wilson opened up about working with Hetfield for the song. The singer stated the Metallica vocalist completed the neo-punk and raw style of ‘Beautiful Broken.’ According to Wilson, the song’s message about a hot mess, broken drama queen who was like everyone else in the world was strengthened thanks to Hetfield’s contribution.

“The neo-punk ‘Beautiful Broken’ is a raw, muscular look at a ripped and torn beauty; fabulous insanity. James Hetfield of Metallica makes a surprise appearance uttering the clarifying message, ‘just like you and me.'”