The Dark Truth About Joe Walsh And Stevie Nicks’ Relationship

Even though the glamorous lives of rock stars seem to offer them all the possibilities, their romantic relationships are no different from any ordinary people. Still, it would be fair to stress that rock stars tend to have crazier experiences during their affairs. That’s why the complicated difficulties created by this lifestyle can end the romances between musicians.

The relationship between Stevie Nicks and Joe Walsh was loving at first and included ups and downs afterward. The two fell in love from the moment they first saw each other. So much so that they both said that this had been a great relationship for them and still respected and loved each other. However, what brought the end of this relationship was one of the darkest sides of the rock world.

The Relationship Between Stevie Nicks And Joe Walsh 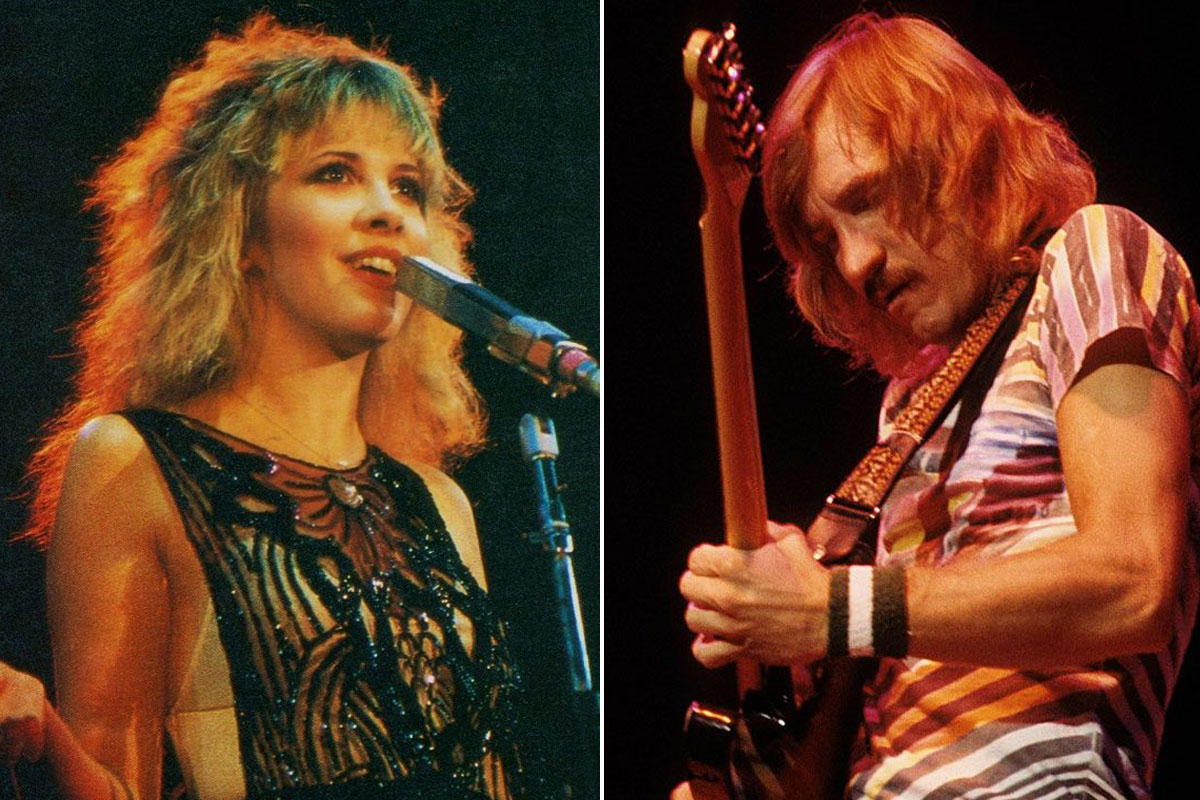 It all started when the two met in a hotel bar. As Stevie Nicks mentioned in her autobiography, she fell in love with Joe Walsh at first sight when she saw him there. Nicks described Walsh many times as one of her greatest loves. She stated in a past interview with Telegraph that she deeply loved him.

Stevie Nicks said in her words:

Throughout the relationship, the two expressed their love for one another in many ways. For instance, Nicks wrote a song about Joe Walsh named ‘Has Anyone Ever Written Anything For You,’ released in 1986 as a single from her album ‘Rock a Little.’ In this song she wrote for her partner, the singer shared her grief for her deceased daughter Emma. Her value to Walsh was so great that Nicks shared his endless pain with this song.

The Eagles icon also expressed how they had shared a great relationship in a previous interview after they broke up. According to him, they still shared a friendship and respect, although they went in different ways. Walsh also praised his ex-lover’s musical talent in the same interview.

The musician said in his words:

“We had a great relationship. Romantically, it shifted, but in terms of friends and respect for each other, that’s still there. She’s a great person. Anybody who knows her will tell you that. And she’s a national treasure. Anything she sings, you immediately know it’s her. If it’s on the radio, you don’t change stations; you listen to it.”

Unfortunately, this great love between the two ended after a while. The former couple’s romance ended because they both used drugs excessively.

Stevie Nicks And Joe Walsh Broke Up Because Of Cocaine There was a time when the lives of rock stars were severely affected by their drug use. While the effects resulted in physical and mental health problems in some cases, addictions also damaged their relationships. Stevie Nicks and Joe Walsh were also among those whose affair was affected by their excessive substance use.

As Nicks revealed in a past conversation, the lovers broke up because of cocaine. Nicks shared in the interview that Walsh told her singer friend that he left Nicks because he was afraid that one of them was going to die. According to Nicks, the two’s drug use was so high that Walsh saw the only way to protect and save each other was to end the relationship.

“Joe and I broke up because of the coke. He told my friend and singer Sharon, ‘I’m leaving Stevie because I’m afraid that one of us is going to die and the other one won’t be able to save the other person because our cocaine habit has become so over the top now that neither of us can live through this, so the only way to save both of us is for me to leave.'”

Walsh later broke Nicks’ heart by telling her not to contact him when she tried to reach him. Nicks wrote in her autobiography that it took her a long time to get over Walsh. She noted that at least she was glad that they were both alive.

In her biography, Stevie Nicks wrote:

“It took me years to get over it if I ever did. It’s very sad, but at least we survived.”

Unfortunately, excessive drug use ended the couple’s love story. Still, Stevie Nicks and Joe Walsh had an unforgettable love affair that gave birth to a meaningful song. Despite their dark ending, the two musicians loved and respected each other after their breakup.