Stevie Nicks is known for her tenure with Fleetwood Mac, in which she shined with her distinctive vocals, mystic stage appearance, and lyrics that have poetic and symbolic meanings. Apart from her music, she is also known for her tumultuous relationship with Lindsey Buckingham. In fact, her touching lyrics have mainly stemmed from her intense romantic relationships.

Alongside her relationship with Lindsey Buckingham, which affected her career in Fleetwood Mac, Stevie Nicks also had relationships with The Eagles’ Don Henley and Joe Walsh. While she was dating Henley, Nicks got pregnant but had an abortion. This hurt her so much that, according to Henley, she wrote the song ‘Sara’ about this sad incident. However, Nicks never made an official statement about this claim.

After breaking up with Henley, Nicks fell in love with Henley’s Eagles bandmate Joe Walsh. According to the musician, it was love at first sight. The couple shared a deep emotional connection throughout their relationship, which lasted for three years between 1983 and 1986. During the time she was with him, Nicks even wrote a song for Walsh. Let’s learn which song that was and the story behind it. 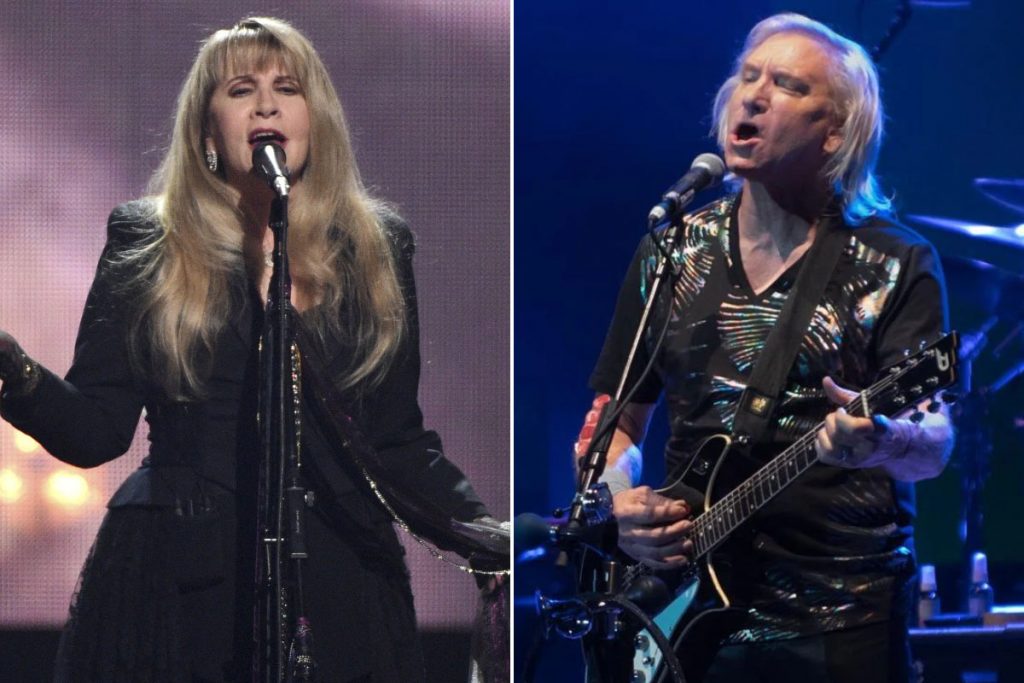 Between 1971 and 1978, Joe Walsh was married to Stefany Rhodes. The couple had a daughter named Emma, born in the first year of their marriage. When Emma was just three years old, Rhodes had a car accident which caused Emma to suffer from fatal head injuries. She was pulled out of the life support unit the same night, and her organs were donated. After this tragic incident, Walsh suffered from severe trauma, and the couple decided to break up.

To cope with Emma’s loss, Walsh began to use drugs and alcohol, and he wrote a song as a tribute to his daughter titled ‘Song For Emma.’ Besides, he built a memorial fountain to Emma’s name in North Boulder Park, where Rhodes was taking Emma to at the time of the tragic car accident. Later on, when his relationship with Nicks began, Walsh shared this incident with the musician. After that, this affected Nicks to the extent that she wrote ‘Has Anyone Ever Written Anything for You’ for Walsh.

In the liner notes of Nicks’ ‘Timespace’ album, she wrote about how her relationship with Walsh began. According to the singer, it was love at first sight, and she felt deeply connected to Walsh from the first time she saw him. She then recalled the time Walsh took her to North Boulder Park to show her the fountain he built for Emma. Upon seeing the tiny fountain made for Emma so that she could reach it easily, Nicks was so moved that she decided to write a song about Walsh and his daughter Emma.

As reported by Songfacts.com, Nicks explained the reason she wrote the song in the liner notes of ‘Timespace’ as follows:

“I guess in a very few rare cases, some people find someone that they fall in love with the very first time they see them… from across the room, from a million miles away. Some people call it love at first sight, and of course, I never believed in that until that night I walked into a party after a gig at the hotel, and from across the room, without my glasses, I saw this man and I walked straight to him. He held out his hands to me, and I walked straight into them.

I remember thinking, I can never be far from this person again… he is my soul. He seemed to be in a lot of pain, though hid it well. But finally, a few days later (we were in Denver), he rented a jeep and drove me up into the snow-covered hills of Colorado… for about two hours. He wouldn’t tell me where we were going, but he did tell me a story of a little daughter that he had lost. To Joe, she was much more than a child. She was three and a half, and she could relate to him.”

She went on to say:

“I guess I had been complaining about a lot of things going on on the road, and he decided to make me aware of how unimportant my problems were if they were compared to worse sorrows. So he told me that he had taken his little girl to this magic park whenever he could, and the only thing she ever complained about was that she was too little to reach up to the drinking fountain. As we drove up to this beautiful park (it was snowing a little bit), he came around to open my door and help me down.

When I looked up, I saw the park… his baby’s park, and I burst into tears saying, ‘You built a drinking fountain here for her, didn’t you?’ I was right, under a huge beautiful hanging tree was a tiny silver drinking fountain. I left Joe to get to it, and on it, it said, dedicated to her and all the others who were too small to get a drink. So, he wrote a song for her, and I wrote a song for him… ‘This is your song,’ I said to the people, but it was Joe’s song. Thank you, Joe, for the most committed song I ever wrote. But more than that, thank you for inspiring me in so many ways. Nothing in my life ever seems as dark anymore since we took that drive.”

You can listen to ‘Has Anyone Ever Written Anything for You’ below.